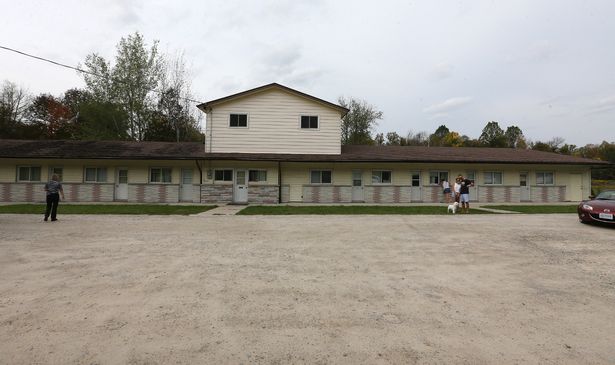 If you’re struggling to come to terms with the end of Schitt’s Creek, the good news is it might not be time to let go quite yet.

The Rosebud Motel, which became home to Johnny, Moira, David and Alexis, has gone on sale with the hopes that a super fan of the award-winning series will continue its legacy.

The business became the backdrop of the show created by father and son team Eugene and Dan Levy, following the Rose family as they come to terms with losing their fortune and having to relocate to a small town which dad Johnny bought for his son David as a joke birthday gift in 1991.

The Hockley Motel, as it’s known in real life, is located in Canada about 50 miles from Toronto in Mono, Ontario – but you’ll have to have deep pockets if you want to become the next Stevie Budd as it’s been valued at approximately £1.1m.

And even if you don’t buy it yourself, there’s a chance you’ll still be able to visit and live out the Rose family’s experience as Jesse said he would “love to see the property’s next owner turn it into a Schitt’s Creek-themed motel as a tribute to the show”.

It’s listed for sale through Colliers, which states the motel is not currently in operation as a business.

The description reads: “The motel’s exterior was famously used in Schitt’s Creek TV series that originally aired on CBC and has since become internationally distributed on Netflix.

“The property is set on an expansive site with 1,265 feet of frontage on Hockley Road surrounded by nature, including Nottawasaga River – a highly desirable fishing river for rainbow trout and salmon – at the back of the site.”

So if you fancy a fresh start and a quiet room to learn your lines for the much-anticipated sequel The Crows Have Eyes II, it’s time to pack your bags.

Would you consider becoming the new owner of the Rosebud Motel? Let us know in the comments.