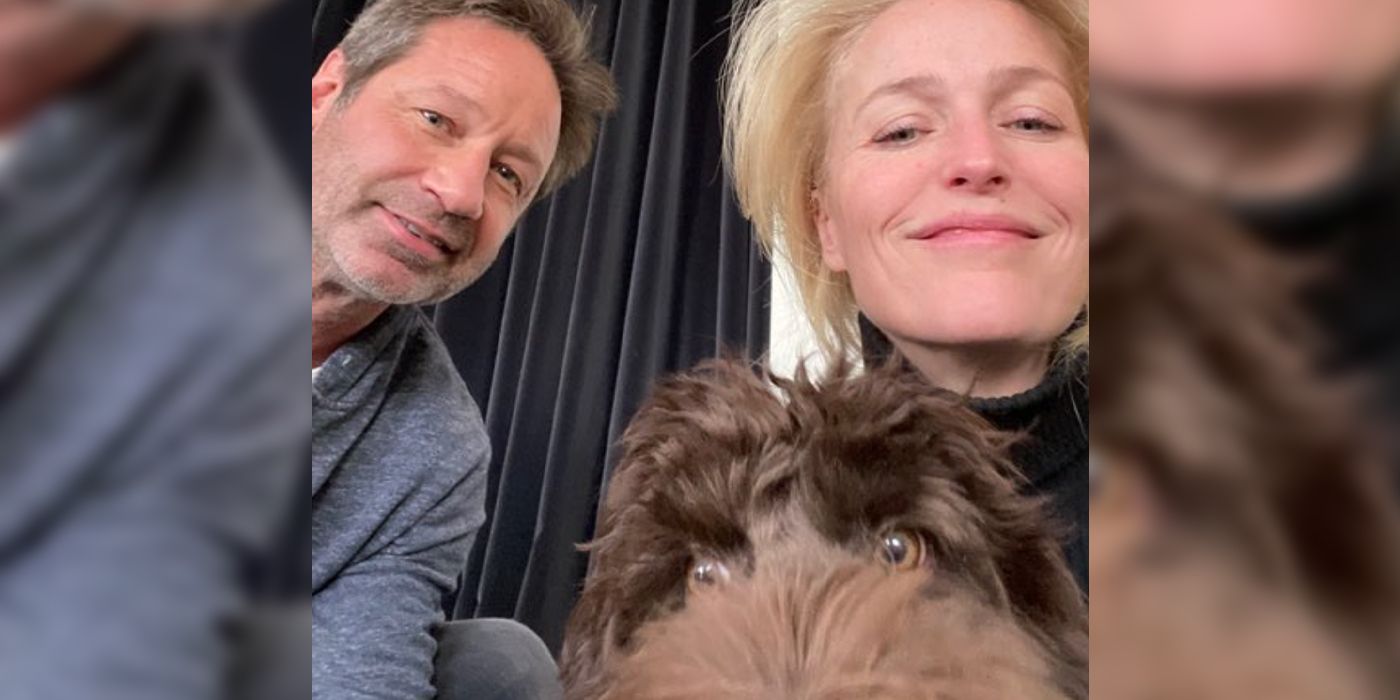 Gillian Anderson shares a selfie with her X-Files costar David Duchovny and her dog Stella. The duo is notable for leading one of the most influential and successful television series of all time. Alternating between an episodic and serialized structure, The X-Files focused on Mulder (Duchovny) and Scully (Anderson), two FBI agents that attempt to solve cases involving paranormal phenomena.

Since ending its run in 2002, Anderson and Duchovny would reprise their roles for a 2008 feature film. In 2016, weekly episodes of The X-Files returned in the form of a limited revival that spanned two seasons. For the moment, it looks unlikely that the seminal show will experience another resurrection. Although an animated spinoff of The X-Files is in the works, promising to be lighter in its tone, Anderson has remained adamant about her desire to no longer play Scully. Still, she finds time to hang out with Duchovny.

Anderson posted to her Twitter account, sharing a few selfies that included Duchovny and her dog Stella. In the caption, Anderson wrote that Duchovny and Stella had become friends. You can check out the photos below.

The photos are sure to delight fans of The X-Files. Because of its episodic, case-of-the-week format, the quality of any given installment would consistently fluctuate. But a big part of what kept viewers tuning in, even with the inconsistent quality, was the interplay and the authentic partnership between Mulder and Scully. Thanks to the chemistry between Anderson and Duchovny, the bond between the two characters provided a compelling backbone for the sci-fi drama. When faced with Mulder’s eagerness to believe, Scully’s skepticism wasn’t merely a crutch for the writers to rely on. It was, additionally, the expression of how two very different people could come to rely on each other above all else.

The fact that Duchovny and Anderson could convey that is even more impressive because, by their own admission, they didn’t always get along during the filming of the original series. Due to a combination of long hours and other pressures, the actors have reflected on the fact that they didn’t click off-camera. It was only after The X-Files concluded its initial run, benefited by distance and hindsight, that they were able to appreciate each other as friends. It’s good to see that’s still going strong, even as their days of being Mulder and Scully are over.