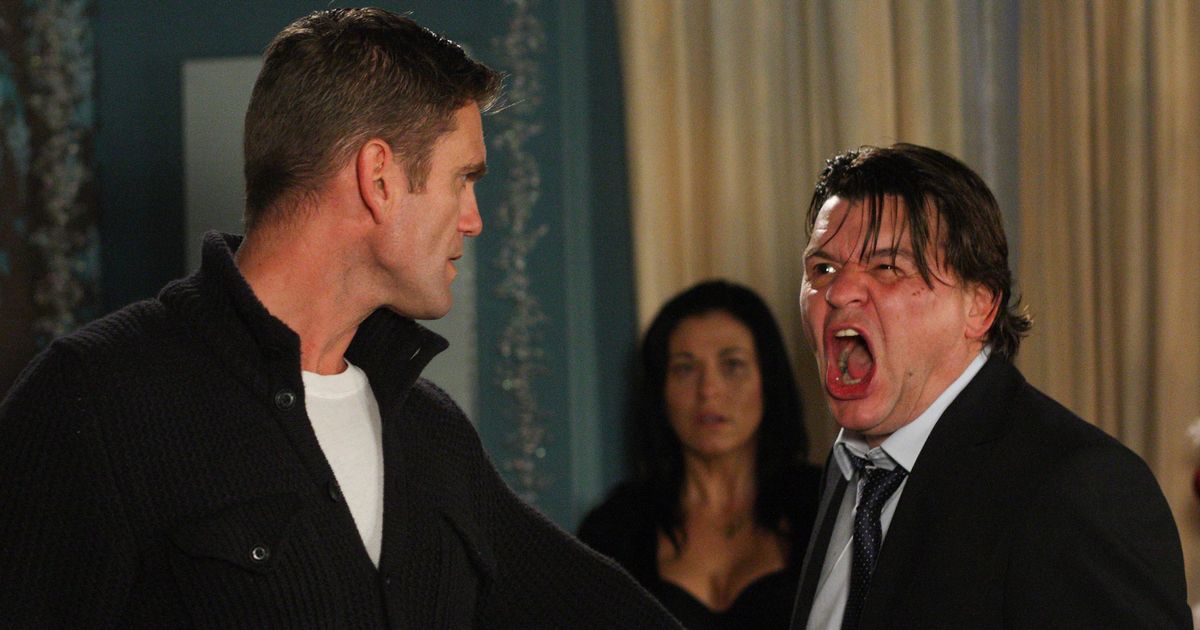 When many people think of the Branning family, they only consider iconic character such as Max, Jack and their kids.

But members of the famous clan started arriving all the way back in 1993 – with the Brannings becoming an extension of the already established Jackson family.

Then came head of the family, Jim Branning, with three of his lesser known kids appearing years before brothers Max and Jack set foot in Albert Square.

Even die-hard EastEnders fans won’t remember some of the forgotten family members – from Max’s three sisters to Jack’s first family who live in France.

They have been at the centre of some explosive storylines, including murder, being buried alive, death and two falling off the Queen Vic roof.

It’s also not been an easy time for the cast since leaving the show, as one suffering a horrific real life scare which was identical to how his character died in the soap.

Here is a look at what happened next for the forgotten Brannings.

Derek Branning had a shock affair with Kat Slater
(

One of the nastiest EastEnders villains to ever grace our screens, Derek Branning was Jim’s eldest son.

He appeared very briefly in 1996 for sister April’s wedding, played by Terence Beesley, but returned in full hideous form in 2011 with Jamie Foreman in the role.

The racist hated sister Carol’s husband Alan, had a fierce rivalry with Bianca’s dad David Wicks and was in prison for 10 years for armed robbery.

During his full year on the Square, cruel Derek terrorised many Walford residents, had an affair with Kat Slater and was cast out by his siblings and kids before dying from a heart attack in the street.

Following Derek’s fatal end, Jamie appeared in Birds of a Feather and a number of gangster films including Rise of the Footsoldier 3 and Once Upon a Time in London.

Last year, Jamie revealed he he nearly died after suffering “massive” heart attack several years ago – just like his character.

Speaking to The Sunday Times, he explained: “I had a massive heart attack a couple of years back and nearly pegged it. ‘That put everything in perspective.

“All the years and energy I’d spent stressing about work and now I think, ‘I’ve been there, done that.’ I don’t regret anything.

“I’ve had a fantastic life and I’m really happy with just the simple things now.”

Suzy managed to annoy a lot of people
(

Jim’s troublesome daughter Sue turned up for the first time in 1996 at sister April’s wedding – and at that time was played by Julie Christian-Young.

The character wasn’t spoken of until she started calling needing financial help in 2008 and she returned with a new face.

Shameless actress Maggie O’Neil took over the role and the character was rebranded as Suzy Branning.

She was reintroduced as a love interest for Phil Mitchell, which meant she was constantly fighting with Shirley Carter, then tried to con him out of all his money while pretending to be pregnant.

It was Suzy who was used by Archie Mitchell to plant baby Amy’s DNA test results in the Christmas cracker for Sean Slater to find.

After Suzy left in disgrace following her failed bid to steal Phil’s money, actress Maggie went on to appear in Call the Midwife, Midsomer Murders and BBC drama The Split.

The second Branning to arrive was Carol’s fun-loving sister April in 1995.

When bleach blonde-haired April was jilted at the alter on her wedding day, Carol and Alan decided to get married in their place.

She had a romance with market inspector Michael Rose but dumped him to reunite with her former lover in Greece.

“If they try to get rid of me, I’ll chain myself to the railings of Albert Square,” Debbie once said, but she decided to leave in October 1996.

Actress Debbie Arnold was already famous from appearing on The Liver Birds and has appeared on a great many popular TV shows, including Footballers’ Wives, Holby City, Doctors and The Two Ronnies.

As well as EastEnders she played Carole Evans in Coronation Street, Debbie Wilson in Emmerdale and Janice Bolton in Hollyoaks.

Debbie, who has made regular appearances on This Morning in recent years, is the mother of former Hollyoaks actress Ciara Janson, who is best known for her role as Nicole Owen.

Joey ended up in a relationship with his own cousin
(

Arriving in 2012, Derek’s son Joey Branning struggled to let his father into his life and was very protective over sister Alice.

The Walford hunk had relationships with Lucy Beale, Whitney Dean and even Janine Butcher, but the most scandalous was a romance with his own cousin Lauren.

During his short time on the soap, actor David Witts won Sexiest Male at the Inside Soap Awards but decided to leave because he didn’t want to become an ‘EastEnders stalwart’.

David went back to the theatre, starring in productions of Hairspray, Aladdin and on the West End as Fiyero in Wicked.

Alice had a stormy relationship with her dad
(

Derek’s daughter Alice had a very strained relationship with her father but was always Daddy’s little girl.

Shy Alice decided to search for her father and brought out a much softer side in him, but was horrified by some of his dastardly deeds.

Her year in Walford ended in drama when Alice had an affair with Michael Moon and was part of his scheme to kill Janine, but she turned on her lover and stabbed him.

Poor Alice was sent down for murder but Janine eventually confessed the truth and they were both found not guilty at the trial.

Alice went to stay with her mum and has never returned, while actress Jasmyn Banks has starred in Citizen Khan, Call the Midwife and ITV drama Quiz.

Carol was the first Branning to arrive on the Square

It may come as a surprise to some to learn that Carol is part of the Branning clan.

She was the first Branning to arrive in Albert Square – with the whole rest of the family built around her.

Fierce, loud and determined, the mother-of-four came with her four kids, Bianca, Sonia, Robbie and Billy and husband Alan Jackson.

Carol was hiding the secret that Bianca was David Wicks’ daughter but was forced to come clean when David unknowingly started flirting with his own kid.

Actress Lindsey Coulson originally appeared between 1993 and 1997 then returned briefly in 1999.

Where EastEnders’ Moon family are now – firefighter, lawyer and dying after being axed

She went on to have roles in Clocking Off, Judge John Deed, New Tricks and Doctor Who.

Her character returned as part of the soap’s 25th anniversary and was immediately given a major storyline when son Billy died of alcohol poisoning.

Carol would sleep with her son’s friend, have a relationship with Masood and battled breast cancer.

Lyndsey decided to leave once again in 2015, saying: “I’ve had a fantastic time playing the formidable Carol Jackson and although I’ll miss everything about EastEnders, I feel the time is right for me to move on”

Most recently, she has appeared in Sky drama Bulletproof and ITV crime thriller The Bay.

Mia Mckenna-Bruce (bottom centre) in Get Even
(

Jack seems to have forgotten his eldest daughter, Penny, who only briefly appeared at the start of 2008.

It was revealed that Penny is paralysed from the waist down and has to use a wheelchair after a horrific attack by a drug dealer who wanted to target Jack.

Then it emerged Jack was a corrupt cop taking payments for tip-offs – and when he stopped complying one criminal deliberately drove his car into Penny.

Penny left to go live with her mum in France then made a brief return, but couldn’t attend his second wedding to Ronnie in 2016 because of a doctor’s appointment.

This was one of Mia McKenna-Bruce’s first TV roles – but she is most famous for playing Tee Taylor in Tracy Beaker spin-off The Dumping Ground.

Since then the actress has appeared in Holby City, Vera and Netflix fantasy series The Witcher.

Selina Branning was the mother of Penny, who left with her daughter to go live in France.

She blamed Jack for their daughter’s life-changing injury and was visited by Ronnie Mitchell to speak about Jack not being allowed to see her.

Selina only appeared in eight episodes from January to February 2008 but during that time she managed to sleep with Jack in the club’s office.

After leaving, she has been mentioned numerous times as Jack revealed she got engaged and then married a man named James.

Selina was played by Daisy Beaumont, who had actually already played an EastEnders character named Helen Graham in 2000 who was interested in some flats Ian Beale was building at the time.

Since then she has appeared in Doctor Who, Doctors, Whitechapel and Hotel Babylon.