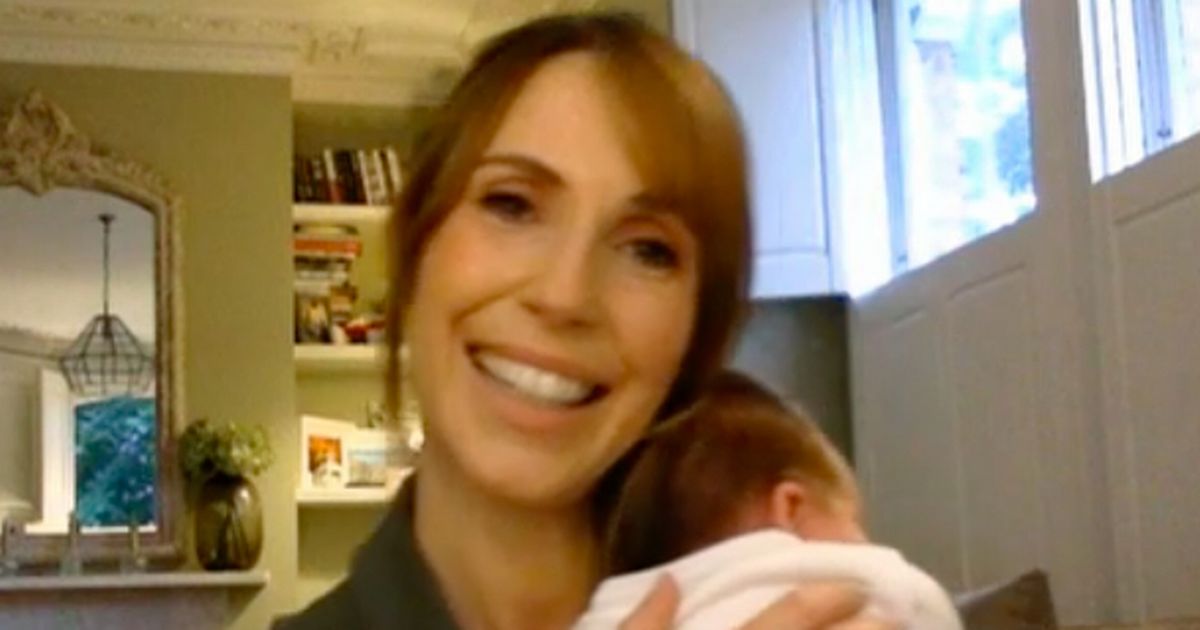 Alex proudly shared a photo of herself cradling her baby girl (

Alex Jones returned to The One Show on Wednesday, so that she could share her baby daughter’s name after giving birth in August.

The 44-year-old TV presenter welcomed a daughter with husband Charlie Thomson last week and she appeared via video link from her home to speak to hosts Sam Quek and Jermaine Jenas.

Alex revealed during an appearance on Tuesday’s show that there was an issue which meant she couldn’t reveal it to the public at that time.

She was back on Wednesday though after being given the ‘all-clear’ by her family to tell the world what her daughter is called.

Alex has said that the name was a “simple, kind of classic name” and she was pleased to share that her daughter has been named Annie.

She appeared during baby’s feeding time as she delighted viewers with the choice of name.

Alex explained on Monday, when Sam and Jermaine were hoping for the big news, the reason why she couldn’t reveal: “With a name, today was the deadline, because I thought right, we shall just tell everyone what it is.

She continued: “So, we were between two but then we finally decided on one, so we rang Charlie’s parents who are in Auckland in New Zealand, and they’re in lockdown.”

“They can’t be over here, sadly, so rang them last night which is this morning and we didn’t get an answer.

“So, I have just spoke to Charlie and he said that he doesn’t think we can tell everybody until mum and dad know as the grandparents already cannot be here to meet her, so we are going to have to ring her tonight.”

Alex Jones and Charlie Thomson in 2015
(

Alex continued: “The thing is that I am now building it up and it is a very simple, kind of classic name, but I think it is only fair that we tell granny and grandad first.”