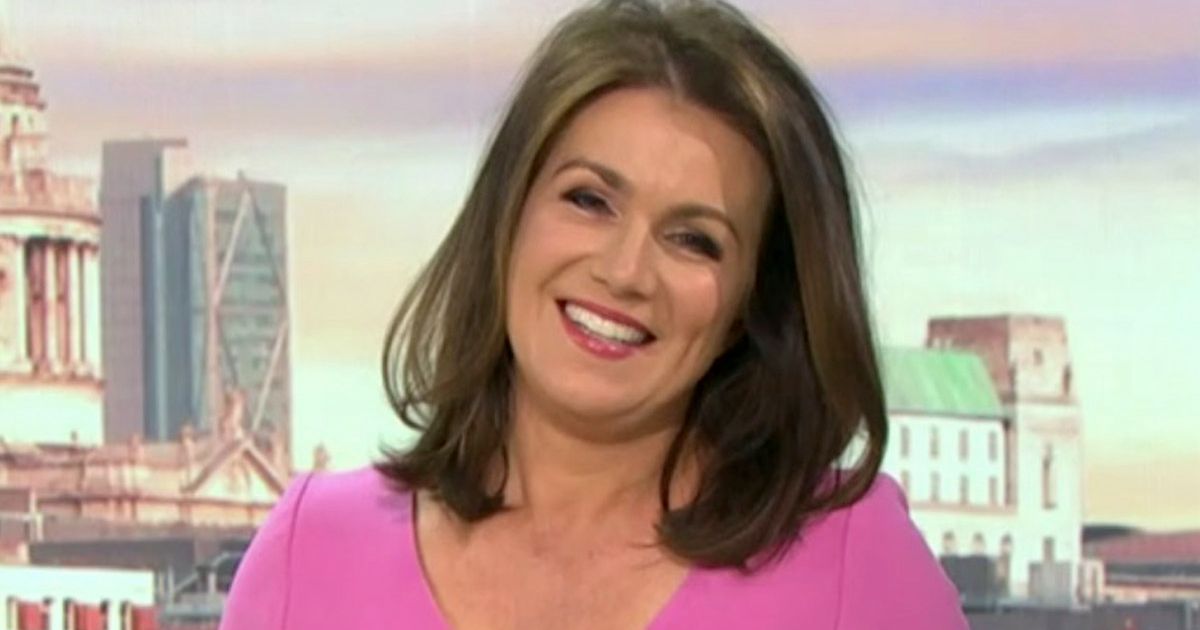 GMB: Susanna says she was ‘told off’ for calling holiday staycation

Susanna Reid has described how she got a backlash for her use of the term ‘staycation’ during her summer break.

The Good Morning Britain presenter was back to front the ITV breakfast show on Wednesday alongside co-presenter Ben Shephard.

As they introduced themselves for the new season of the show this September, Susanna and Ben offered updates on their summer holidays.

Susanna commented: “I felt a bit like that at 3.35 this morning, our survey said [audible negative noise from Family Fortunes]”..

“That noise was ringing in our ears,” noted Ben, who was also back in the studio after a summer break.

Susanna then asked: “I couldn’t believe it, it’s so early, isn’t it?”

Ben also commented on how dark it was in the mornings now, referring to a tweet from Daily Mirror associate editor Kevin Maguire, who commented that “Winter is Coming”.

Susanna then discussed her own break in Cornwall over the summer period.

Ben commented: “You had some adventures in the South West of the UK on your holiday?”

Susanna answered: “Went to gorgeous Cornwall. Got told off for calling it a staycation. It’s not a staycation, Ben.”

“Because you’re not staying at home,” noted Ben.

“No, but I thought that staying at home was staying in the UK,” claimed Susanna, “and having a lovely holiday in the UK.”

“A staycation is when you stay home, if you holiday within your home,” confirmed Ben, “if you’re going to Devon or Cornwall…”

“I thought that’s a lockdown,” joked Susanna to a laugh from Ben.

Susanna then thanked the “good people of Cornwall” for providing her with such a pleasant holiday and noted there were “glimmers” of sunshine.

Ben revealed that he had had a week in Devon with his family and also visited the Isles of Scilly.

It was noted by Susanna that it was nice to take a break due to the lots of “heavy news” around at the moment.

Susanna had made a brief return during her summer break to stand in for her colleague Kate Garraway as she organised a holiday for herself with her children Darcey and Billy.

However, it was an emotional holiday for the family as it marked their first without her husband Derek Draper as he stayed at home due to his ongoing recovery from Covid-19.

What did you think of as a ‘staycation’? Let us know in the comments below.