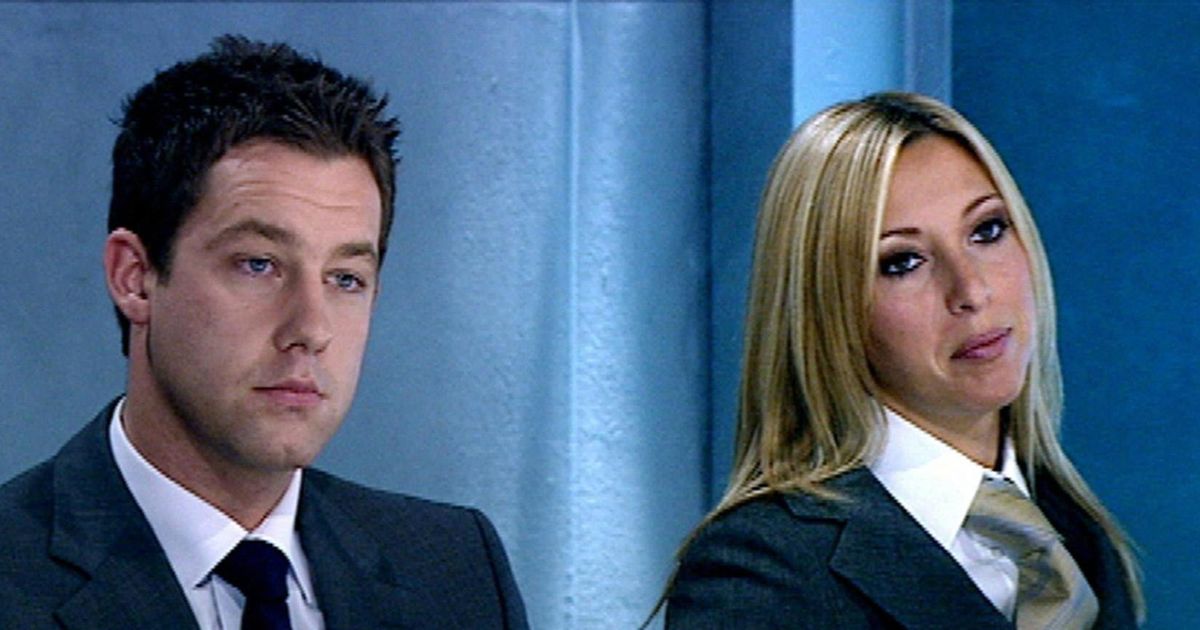 The Apprentice is all about Lord Sugar’s hunt for his next big investment project, but some hopeful contestants have taken business from the boardroom to the bedroom over the years

Jade English’s audition for The Apprentice 2017

While The Apprentice is far more likely to give your career a boost – rather than aid your personal life – every now and again, two hopeful business moguls find love in the boardroom and strike up a romance away from the cameras.

Although the BBC series isn’t going to give the likes of Love Island a run for its money when it comes to playing matchmaker, Britain’s toughest job interview has actually produced quite a few romantic relationships over the years.

As Lord Sugar hunts for his next big investment on each season of The Apprentice, some of the hopeful candidates have discovered their next big love along the way – with some even going on to welcome babies into the world together.

As we wait and see if cupid is is also in the boardroom this year – alongside Lord Sugar and his loyal aides Baroness Brady and Tim Campbell – we take a look back at some the relationships and flings that blossomed amongst the bust ups and boardroom battles.

Way back in the early days of The Apprentice, Kate Walsh and Philip Taylor became one of the original golden couples from the BBC show in 2009.

Although Kate turned on Phillip in the boardroom – getting him fired from the fifth series of the show – the pair struck up a romance once the cameras stopped rolling.

Former estate agent Philip and businesswoman turned entertainment reporter Kate quickly moved in together – gushing about each other in interviews post-show.

“I’d marry her tomorrow if I could.”

Despite reports they split the same year, the pair seemed to make it last for at least a good few years – with Philip telling a fan on Twitter he and Kate were still very much together in 2018.

After striking up a romance on the BBC show in 2017, Harrison Jones and Michaela Wain welcomed the first ever ‘Apprentice baby’ into the world the following year.

“It’s been a tough ride but I’m super happy to say Grayson George Jones arrives 23/10/18 weighing 7lb2 and looking like a heart breaker. Absolutely in love,” Michaela told her fans online, as she introduced her second son on Instagram in October 2018.

Despite becoming parents to a newborn baby together, the entrepreneurs revealed a few months later that they weren’t actually living together.

The pair welcomed their first child into the world in 2018

“We can’t. Harrison’s business is in Watford and mine is up north and I have my son,” Micheala explained to new! magazine when quizzed about cohabiting in early 2019.

Their romance still appears to be going strong though, with plenty of love-up snaps shared to social media in recent weeks.

WARNING: Use of this copyright image is subject to the terms of use of BBC Pictures’ Digital Picture Service (BBC Pictures) as set out at www.bbcpictures.co.uk. In particular, this image may only be published by a registered User of BBC Pictures for editorial use for the purpose of publicising the relevant BBC programme, personnel or activity during the Publicity Period which ends three review weeks following the date of transmission and provided the BBC and the copyright holder in the caption are credited. For any other purpose whatsoever, including advertising and commercial, prior written approval from the copyright holder will be required.)

“The best time I’ve ever had, with my best friend @harrisonjones89,” Michaela gushed in the caption of one snap of herself and Harrison last month – with the dad-of-one also posting similar wholesome snaps on his own page.

Elsewhere during the 2017 series of The Apprentice, Jade English and James White hit the headlines thanks to their rumoured romance on the show.

Scandal ensured when James – who went on to win the lucrative investment from Lord Sugar – hooked up with Jade despite being engaged and the PR manager having a boyfriend of three years.

“They couldn’t resist getting to know each other that bit better during their time in the house,” a source divulged at the time.

“Afterwards they kept things going for a while, but relations have cooled off between them since filming ended.”

Their steamy merger may have been a brief affair, but the impact of their fling spilled over into the real world – with Jade breaking up with her boyfriend shortly after her stint on the BBC show.

“I returned home to where my partner and I lived. I just knew I was different and so did my partner,” she wrote online in December 2017.

“I finally bit the bullet and made the hard decision to move out after all of our years together,” the Manchester born star concluded with.

Before The Apprentice even aired in 2019, it was rumoured upcoming stars Lottie Lion, 19, and digital marketing manager Lewis Ellis, 28, had enjoyed a brief fling during their time on the show.

It was reported the pair – who were both single at the time – enjoyed one night of passion throughout filming and desperately tried to keep their tryst private.

After being fired by Lord Sugar on the fifteenth series of the tough reality TV show, former librarian Lottie went on to claim she was dumped from a spin-off show thanks to the rumoured fling.

“It upset me, they told me I had broken my contract because of what happened with Lewis during the process,” she told the Metro when explaining why she would not be making an appearance on sister-show You’re Fired.

“He [Lewis] got his time on the process which was incredibly sexist. It was against our contract.”

Denying Lottie’s claims, a spokesperson for The Apprentice said at the time: “Following an inquiry by the production company into the unacceptable comments made by Lottie on a private messenger service, she was informed that she would not be invited to participate on You’re Fired.”

With early wake up calls and intense challenges, it’s hard to imagine where The Apprentice contestants find the time for steamy extra-marital affairs.

But in the same year James and Jade had their “regretful” fling, it was also rumoured that an engaged Anisa Topan and Andrew Brady broke the show’s sex ban in 2017.

Speaking to Digital Spy shorting after her stint on the BBC series, Anisa set the record straight about the speculation.

“That was just a rumour – I’m happily married,” she the publication in November 2017.

“At least people are talking about me I guess. But no! Tristan [her now husband] and I have a very strong, amazing relationship. We’ve actually been together for a very long time.”

Anisa and Andrew’s series was a particularly steamy one – with Lord Sugar reportedly unimpressed with some contestants antics outside of the boardroom.

“Lord Sugar has always hated the idea that some of the contestants might be getting together behind the scenes while filming,” an insider told The Sun at the time.

“This isn’t Love Island. To him, the process should be solely about business. The latest batch of contestants face stricter monitoring than any past group.”