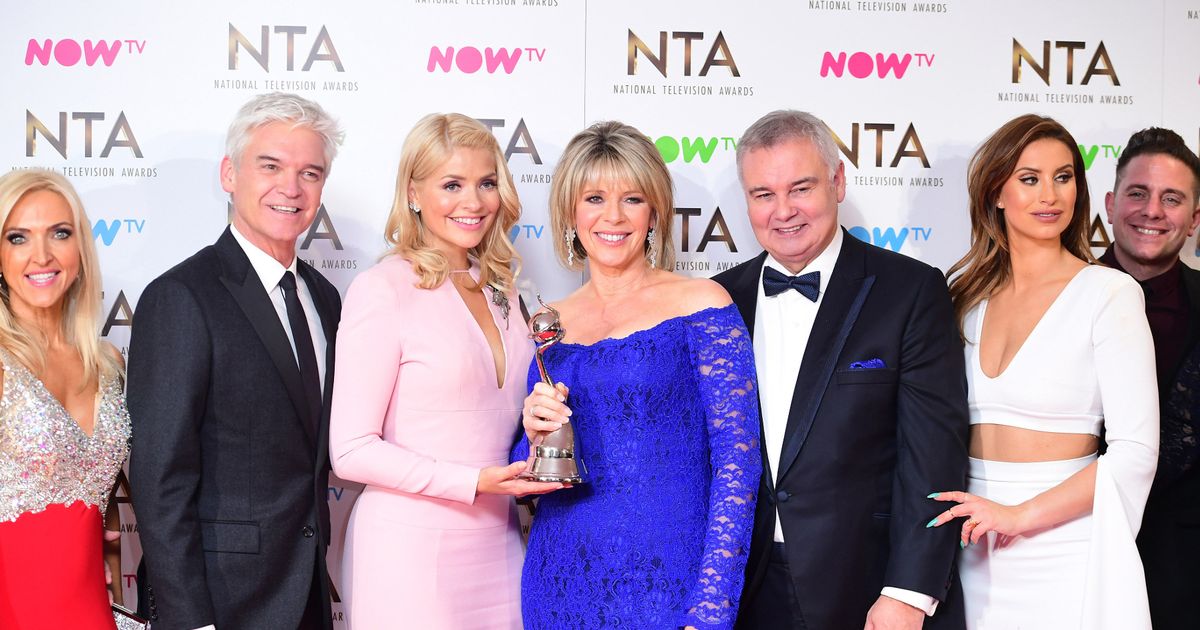 Former This Morning host Eamonn Holmes reportedly ‘didn’t get on well’ with colleague Phillip Schofield, who is said to have given the GM News star the ‘impression he disliked him’

This Morning: Ruth and Eamonn hug Phillip Schofield in 2020

Eamonn Holmes and Phillip Schofield “didn’t see eye to eye” while working together on This Morning, according to reports.

Father of three Eamonn, 62, worked with Phil, 59, on the ITV show before leaving for rival channel GB News.

However despite being in the same studio for years, the Dancing On Ice host is apparently yet to contact the TV veteran following his departure in November.

Rumours of a feud have long circled the pair, who are two of daytime television’s most recognisable faces.

Speaking about the apparent unrest between the duo a source said: “It’s been widely reported that he ‘Eamonn] and Phillip didn’t see eye to eye.

“Eamonn had the impression that Phillip disliked him,” they told OK!

The presenters have been plagued by reports of a rift ever since Eamonn’s wife Ruth Langsford reportedly made an official complaint against her This Morning colleague Phil.

Ruth was rumoured to have smarting after the dad-of-two cut her off live on air during a preview of Loose Women on This Morning.

They worked on This Morning together for years
(

Ruth allegedly made a formal complaint about Phil
(

Then there were allegations of underlying tensions at the National Television Awards in 2020 when Phil, Holly, Ruth and Eamonn took to the stage to accept an award.

As Phil thanked the show’s loyal viewers, fans accused the former CBBC presenter of ‘hogging’ the microphone and not letting the husband and wife get a word in edgeways.

Ruth in turn was also accused of having a ‘cold demeanour’ as she stood alongside the New Zealand-born host.

Following the show Eamonn liked a series of testy tweets including one which said: “Last night I watched the NTV Awards and saw @thismorning add another trophy to the collection. It wouldn’t have won if the judging had been based on today’s mind numbing programme @[email protected] you are so very missed and you so deserved to be on that stage last night x”

Another read: “People asking why @[email protected] didn’t talk at the #awards That’s what I was thinking i was waiting for them to take the mic it never happened such a #shame that’s why i voted for @thismorning i wont again.”

While a third person mused: “Why do @EamonnHolmes or @RuthieeL never get to speak when #ThisMorning wins an award? It’s them we voted for!.”

However despite the apparent frostiness between the presenters, Eamonn praised Phil for coming out as gay on This Morning in February 2020.

After the host’s brave admission, Phil was hugged by the Northern Irish man, who told his colleague he was ‘proud’ of him.

The Mirror has contacted representatives for Phillip and Eamonn.