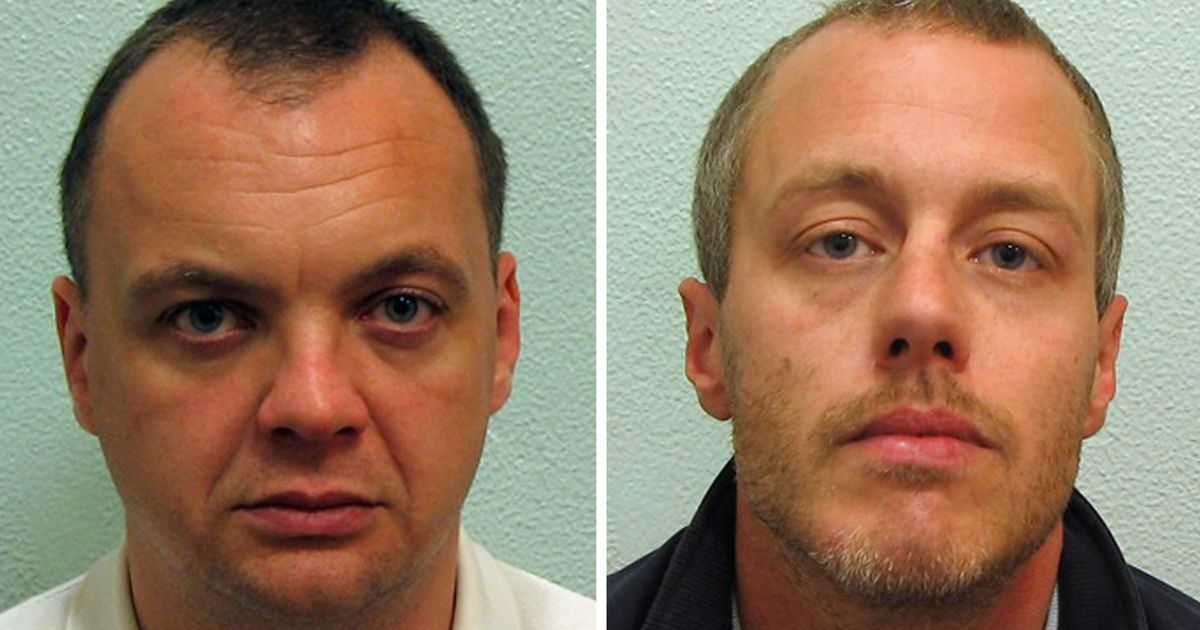 David Norris and Gary Dobson are now languishing behind bars.

It took 19 years for the two killers to finally face justice and be convicted of the murder of teenager Stephen Lawrence.

In April 1993, the 18-year-old schoolboy was stabbed to death at a bus stop in Eltham, South East London, in an unprovoked racially-motivated attack by a group of white youths which horrified the nation.

Stephen received two horrific stab wounds of 5 inches that severed axillary arteries and penetrated a lung, but managed to get up and start running before collapsing and dying from his injuries.

It was feared the mistakes from the first police probe were so severe Stephen’s killers would never face justice and the Lawrence family had a long struggle for justice, leading to an inquiry which saw the Metropolitan Police branded “institutionally racist”.

With advanced forensics and a fresh team on the case, the police got the evidence to convict Dobson and Norris of murder in January 2012.

Here is a look at where Stephen’s killers are now.

David Norris grew up in relative luxury in leafy Chislehurst and was 16-years-old when he murdered Stephen.

But at the time of Stephen’s murder he was living out of a van and making a living selling scrap metal.

In June 1992, brothers Darren and Terry Witham said they had been attacked by a gang including Norris. Norris was charged with wounding but the charge against him was withdrawn shortly before the killing of Lawrence.

Gurdeep Bhangal was stabbed in the stomach with a kitchen knife in March 1993 outside his father’s Wimpy restaurant.

He had confronted a group of white youths which he alleges included David Norris, but the Met dropped the investigation because of insufficient evidence.

in 2002, Norris was jailed for five years after shouting “n*****’ and hurling a drink at an off-duty police officer on the same road where Stephen was stabbed to death.

A second police investigation into the Lawrence murder captured shocking surveillance footage of racism from Dobson and Norris, in which they could be heard in a disgusting foul-mouthed rant boasting about inflicting violent acts on black and Asian people.

“I got accused of a murder, a terrible murder, and I was angry, especially with the police force,” Norris said during a trial at the Old Bailey in 2011.

“I’m not saying I’m perfect, I’m far from perfect, but to accuse me of murder. I was angry, very angry.”

Norris was found guilty of Lawrence’s murder on 3 January 2012 and given a minimum jail term of 14 years and three months.

Norris is now in high-security HMP Garth, Lancs, and has received more than £220,000 in legal aid while repeatedly challenging his conviction.

In 2018, Norris was given a £10,000 payout after he sued the Ministry of Justice over an attack on him in jail and claimed not enough was done to protect him from fellow inmates.

Norris was found covered in blood in his cell at Belmarsh jail, South East London, while awaiting trial in 2011. He needed hospital treatment for a broken nose and ribs.

He claimed he was attacked with a knife and sock full of tins and alleged officials left him vulnerable by moving him to a wing with a “large number” of violent inmates.

No prisoner was ever charged and the MoJ had argued Norris had to prove it took place and the identity of his assailants.

Court officials confirmed a ­settlement was reached but the MoJ refused to comment on how much public money it has paid the killer.

At the time, Victims Rights Campaign director Harry Fletcher said: “It is totally unjust that serving prisoners are getting legal aid and receive compensation when the vast majority of victims of crime receive no such support and have to fund themselves. This is yet another insult to the Lawrence family.”

The second killer, Gary Dobson was 17 when he murdered Stephen and lived on the Brook Estate in South East London.

Just four weeks before Stephen was murdered, black teenager Kevin London alleged that while walking his girlfriend home he was racially abused by Gary Dobson and Neil Acourt before they attempted to stab him.

They both denied the allegations and were never prosecuted over the incident.

In 2010, Dobson was sentenced to five years behind bars for possessing and supplying class B drugs with a street value of around £350,000.

While already in prison for drug offences, a review into the forensic evidence in the Lawrence case led to the victim’s DNA being found on Dobson’s jacket.

A microscopic blood stain was found on Dobson’s jacket, with fibres and hairs with 99.9% certainty of coming from Stephen found on his and Norris’ clothes.

Dobson was given a minimum jail term of 15 years and two months years after being found guilty of Lawrence’s murder in January 2012.

Dobson, who had been arrested three times, faced a trial, a private prosecution and attended the inquest and an inquiry, is now serving his sentence in Gartree jail, Leics.

Stephen’s dad, Neville Lawrence, has previously stated he would visit Dobson and Norris in prison to forgive them in person.

“If they requested for me to visit them I would do that. It doesn’t matter what they say to me,” he said in 2018. “I have already forgiven them. It’s up to them.

“If they want to call me and say, ‘Mr Lawrence, I’d like to ask you to tell me that I forgive you’, I would say yes.”

*The final episode of Stephen airs tonight on ITV at 9pm