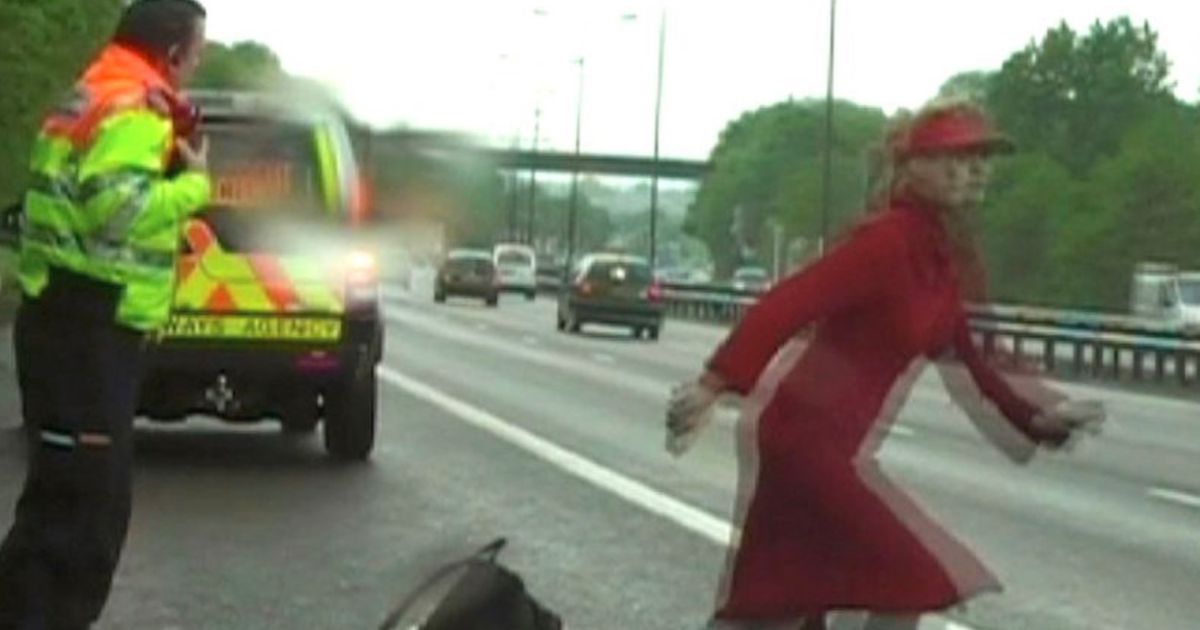 It’s been reported that the BBC is working on a new documentary exploring one of the most unusual true crime stories to ever come out of Stoke-on-Trent.

In 2008, identical twins Sabina and Ursula Eriksson ran into traffic on the M6 before one stabbed to death a Good Samaritan she had known for less than 24 hours.

It was reported that the Swedish sisters had been suffering from folie à deux, a shared psychosis, when one went on to commit the horrifying crime.

The BBC first documented the shocking 72 hours two years after first filming the sisters throwing themselves into traffic on the motorway, producing the 2010 documentary, Madness in the Fast Lane.

The Eriksson twins were said to lead ‘normal lives’ as they grew up in their native Sweden from their birth in 1967.

In 2000, Ursula would relocate to America, while Sabrina decided to reside in County Cork, Ireland, with her partner and two children.

Nobody could have predicted the events that would unfold when the pair came to England on holiday in 2008.

The siblings, both aged 40, had enjoyed some time in Merseyside before boarding a National Express coach from Liverpool to London on May 16.

The Swedish twins attempted to run into traffic several times
(

As the bus approached Keele Services on the M6, the twins’ behaviour became increasingly erratic.

Despite the police being called to the scene, the sisters were allowed to go after being deemed harmless.

Shortly after their brush with the law, Sabina and Ursula began to walk down the central reservation of the M6 before attempting to cross to the other side as traffic raced past.

As dramatic scenes began to unfold, a film crew just happened to be recording for the BBC series Motorway Cops and managed to capture what happened next.

The shocking footage showed Sabrina running out in front of an oncoming Volkswagen Polo.

The sisters resisted help from the police
(

Despite being knocked out for 15 minutes, the 40-year-old then proceeded to run across the carriageway again.

At around 3pm, the Highways Agency received a report that two people were on the motorway.

Sabrina was discovered lying in lane three of the motorway, while sister Ursula, who had been climbing over the barrier of the central reservation, was struck by an articulated lorry at around 56mph and suffered two broken legs.

The pair were eventually restrained by the police
(

Upon police arriving at the scene, Sabrina punched a female officer coming to her assistance and ran into traffic again. She was eventually restrained and handcuffed.

Ursula also reacted to medical assistance – screaming and spitting at officers helping them.

Following a trip to hospital via an air ambulance, Sabrina was taken into police custody.

On May 19, 2008 the 40-year-old pleaded guilty to the charges of trespass on the motorway and assaulting a police officer at Fenton Magistrates’ Court.

She was sentenced to one day in prison, already served having spent a night in the cells, and was free to walk without a full psychiatric evaluation.

Upon her release, Sabrina began to wander the streets of Stoke-on-Trent in an attempt to find her twin sister.

At 7pm, she was spotted by two men who were walking a dog in Christchurch Street, Fenton, one of which was 54-year-old Glenn Hollinshead.

Sabrina asked Mr Hollinshead and his friend Peter Molloy if they knew of any nearby bed and breakfasts or hotels.

Taking pity on her, the self-employed welder offered her a place to rest her head in his home in Duke Street, Fenton.

Mr Hollinshead, who had previously been a paramedic in the RAF, soon became alarmed by Sabrina’s behaviour and left his home just before midnight, whilst the Swedish native stayed the night.

The next day, the kind-hearted 54-year-old attempted to help Sabrina find her twin sister.

However, tragedy struck at 7.40pm as dinner was prepared – with Sabrina stabbing Mr Hollinshead four times with a kitchen knife.

Pregnant woman, 31, shot dead at own baby shower ‘while trying to break up fight’

The victim staggered out of his home, telling a neighbour ‘she stabbed me’ before collapsing in an alleyway and sadly dying.

As frantic neighbours called the emergency services, Sabrina, who was wielding a hammer, fled the scene of the crime.

While on the run, she would strike her own head with a hammer and struck a concerned passing motorist with a roof tile she had in her pocket.

Her pursuit finally came to an end in Heron Cross, where she jumped from a 40ft high bridge onto the A50.

Upon her visit to a local hospital, it was revealed that she had broke both ankles and fractured her skull.

No traces of alcohol or drugs were found in her system.

Sabrina was arrested on June 6, 2008 as she recovered at University Hospital of North Straffordshire.

Both sisters were released from hospital in September and relocated back to Sweden, before then moving to the United States.

After originally being charged with murder, Sabrina went on to plead guilty to manslaughter with diminished responsibility.

Her plea was accepted by the prosecution at Nottingham Crown Court on 2 September 2010.

During neither her interrogation or the trial, Sabrina offered no explanation for her actions that resulted in the death of an innocent man.

However, her lawyer made a suggestion during her trial that the twin was a ‘secondary’ sufferer of folie à deux, influenced by the ‘primary’ sufferer – in this case, her twin sister.

Her defence also told the court that Sabrina was suffering from a rare psychiatric disorder which made her hear voices.

Folie à deux is also known as ‘shared psychosis’, in which delusional beliefs are transmitted from one individual to another. It would mean that Sabina was highly susceptible to influence from her sister, and was acting in such a way because of her twin’s actions.

Despite her defence’s argument, Mr Justice Saunders sentenced Sabrina to five years behind bars and was sent to Bronzefield Women’s Prison, where she turned to Christianity.

He said: “While the mental illness resolved quickly, both psychiatrists agree it was serious and that she behaved in the way she did because of her illness.

“Her culpability for her behaviour is, on the medical evidence, accordingly low. She was suffering from delusions which she believed to be true and they dictated her behaviour.

“It is also not one of those cases where the defendant could have done something to avoid the onset.

“It had a sudden onset, it was a serious illness while it lasted and it resolved rapidly.”

Sabina would be left first eligible for release in 2011, after spending 439 days in custody ahead of sentencing.

Following the verdict, Mr Hollinshead’s brother Garry told The Sentinel he believed that the criminal justice system had failed his late brother and the general public by allowing Sabrina to walk free in society just two days after she cheated death and endangered the lives of others.

“If she is being considered to be mentally unfit at the time of committing a crime, there has to be a process,” he said at the time.

“I do question the criminal justice system for allowing somebody like this to be let out when she is capable of committing such a crime.

“We don’t hold her [Sabina] responsible, the same as we wouldn’t blame a rabid dog for biting someone. She is ill and to a large degree, not responsible for her actions. But her mental disorder should have been recognised much earlier.”

He concluded saying: “I do question the criminal justice system for allowing somebody like this to be let out [of her initial custody] when she is capable of committing such a crime.

Her mental condition should have been properly assessed after what she did on the motorway and the experiences the police had. Her mental disorder should have been picked up prior to her being let out into the community… [Glenn] saw Eriksson in distress and was just trying to help.

He wasn’t slow in coming forward to help somebody in distress. It was in his nature. He was trying to help. He would help anybody.”