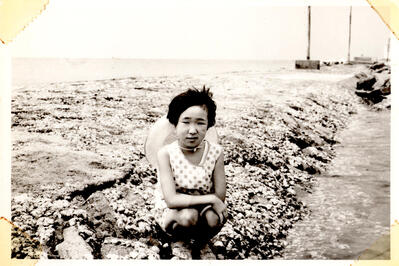 Aside from asking everyone you know what they’re watching, Netflix’s self-reported Top 10 rankings are pretty much the only way to tell how popular a Netflix show or movie is. The list for Tuesday, Oct. 20 is once again led by The Haunting of Bly Manor, the second season of Mike Flanagan’s horror anthology, but there’s a new No. 2: Volume 2 of Netflix’s Unsolved Mysteries reboot, which is making its debut on the list. Adam Sandler’s latest Netflix movie Hubie Halloween is at No. 3, with Emily in Paris settling into its (her?) new spot at No. 4.

1. The Haunting of Bly Manor

Season 2 of the moody, emotionally heavy horror anthology (the first was The Haunting of Hill House) is loosely based on Henry James’ The Turn of the Screw. If you don’t go into it expecting a Hill House redux, you won’t be disappointed, because Bly Manor is really good, but it’s different. [TV Guide review] (Yesterday’s rank: 1)

The popular Netflix continuation of the true crime series returns with more of those grisly details of murder and mystery that you just can’t get enough of. It goes down easy if you like to be creeped out. (Yesterday’s rank: N/A)

Adam Sandler plays a weird, easily scared guy named Hubie who’s Salem, Mass.’ self-appointed “Halloween monitor,” which means he annoys everyone and everyone ignores him. But then spoOoOky stuff starts happening, and it’s up to Hubie to save Halloween. If you go into it expecting to have a lighthearted good time, you will. [TV Guide review] (Yesterday’s rank: 2)

Taking off to Paris sounds like a dream given the current circumstances, so watch Emily do it in this romantic comedy about a young Yank who takes a job in the City of Light to lend an American perspective — perhaps too aggressively American — to a French marketing firm. And as one does in Paris, she joneses for some looooove. [TV Guide review / More shows like Emily in Paris] (Yesterday’s rank: 4)

For fans of: The Aaron Sorkin walk-n-talk | Is it good?: Yep, it’s got an all-star cast and an all-star script

Following a night to remember at this year’s Emmys, the critics’ comedy darling brings its final season to Netflix, the service it owes for much of its rejuvenated success following a much less-seen run on Pop TV. It’s a busy season, with its characters heading to complete their arcs, but it never loses touch with its warmth. [TV Guide review] (Yesterday’s rank: 7)

Brad Pitt stars as former Oakland A’s general manager Billy Beane in this sports business biopic about Beane and his assistant GM Peter Brand (Jonah Hill) as they try to use advanced statistics to build a team of undervalued role players that can compete for a title. The script was written by Aaron Sorkin and Steve Zaillian, two of Hollywood’s most accomplished screenwriters, and the film as a whole was nominated for six Oscars, including Best Picture. It’s really good. (Yesterday’s rank: 5)

The other day I met someone who works for the company that makes Cocomelon, and she gave me some context about how it got so big on YouTube that other companies started licensing it in order to get a piece of the Cocomelon pie. It’s one of those things that if you’re not regularly around little kids, you might not ever hear about it, but if you are, it’s all you hear about. (Yesterday’s rank: 10)

For fans of: The X-Files, canned margaritas | Is it good?: We say it’s the fourth best show on television

Season 1 of this CBS procedural is now on loan to Netflix to build interest in the show before Season 2 premieres later this year. It uses the tried-and-true premise of a skeptic (a forensic psychologist played by Katja Herbers) and a believer (a priest in training played by Mike Colter) investigating inexplicable occurrences, in this case possible demonic possessions on behalf of the Catholic Church’s, how should we say, exorcism department. Since it comes from The Good Wife‘s Robert and Michelle King, it has an uncommon amount of intelligence, ripped-from-the-headlines relevance, and off-kilter humor. Highly recommended. (Yesterday’s rank: 8)

Shea and Syd McGee get a reality series to hawk their interior design/home renovation business where Pinterest boards come to life. (Yesterday’s rank: 9)