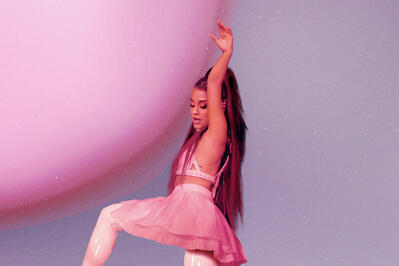 The Netflix Top 10 list won’t tell you how many people are watching a show, but it will tell you which shows people are watching the most. The Top 10 list for Tuesday, Dec. 22 finds How the Grinch Stole Christmas taking over the No. 1 spot, which is fitting, while the recently added Ariana Grande concert doc Excuse Me, I Love You comes in second. Tiny Pretty Things, Cocomelon, and the Jason Momoa action thriller Braven round out the top 5.

1. How the Grinch Stole Christmas

Jim Carrey’s 2000 adaptation of the Dr. Seuss book has become a holiday classic for plenty of people. If you’re a fan, you’ve probably already made a plan to revisit it for the holidays. (Yesterday’s rank: 2)

2. Ariana Grande: Excuse Me, I Love You

For fans of: Pop music, concerts, talent | Is it good?: It’ll make you an Arianator if you’re not already

Ariana Grande is one of our greatest pop stars, so it’s a pleasure to be able to see her perform in this concert doc that centers on her 2019 Sweetener World Tour. She plays all the hits and, as a bonus, tells a very ridiculous story about the time her dogs got diarrhea while she was on the phone with Kristin Chenoweth. It’s fun! (Yesterday’s rank: n/a)

After the star student at an elite ballet academy suffers an accident, her replacement is thrown into a cutthroat world where almost all the students seem to be in vicious competition with each other. It’s pretty over the top in its soapiness. (Yesterday’s rank: 4)

For fans of: Jason Momoa’s very particular set of skills | Is it good?: Honestly, yeah!

This 2018 action thriller stars Jason Momoa as a family man whose plan for a chill weekend at his hunting cabin with his father is thwarted by a gang of drug traffickers. You probably guessed this from looking at him, but it turns out he has the skills to fight back. (Yesterday’s rank: 5)

For fans of: Great performances from great actors, monologues | Is it good?: It’s very good

Chadwick Boseman’s final film role was in this Netflix original, which is based on the Tony-nominated August Wilson play. Viola Davis stars as Ma Rainey, a powerhouse blues singer in 1927 Chicago who holds up a recording session to butt heads with her white manager, and Boseman plays a trumpeter in the recording session angling to get a foothold in the music business. On its own, it’s a good film that has a lot to say about race and music ownership, but the performances from Davis and Boseman elevate it. (Yesterday’s rank: 1)

‘Tis the season for lovably ridiculous rom-coms! A wealthy businessman poses as a ranch hand in the hopes of convincing a hardworking farmer to sell away her family’s property before Christmas. You can probably guess where this is going. (Yesterday’s rank: 3)

For fans of: The story of the Ripper, but not that Ripper | Is it good?: It’s a must if you’re into true crime

If you already know everything about Jack the Ripper, brush up on a less famous creep. This four-part British true crime docuseries dives into the serial killer known as the Yorkshire Ripper, who murdered 13 women in northern England between 1975 and 1980. The killing spree eventually set off a massive manhunt that left the country on edge. Beyond the terrifying subject matter, what makes The Ripper so compelling is how well it explores the social and economic issues that put the Ripper’s victims — many of whom were sex workers — in his path. The cops don’t come off well either. It’s chilling stuff. (Yesterday’s rank: 6)