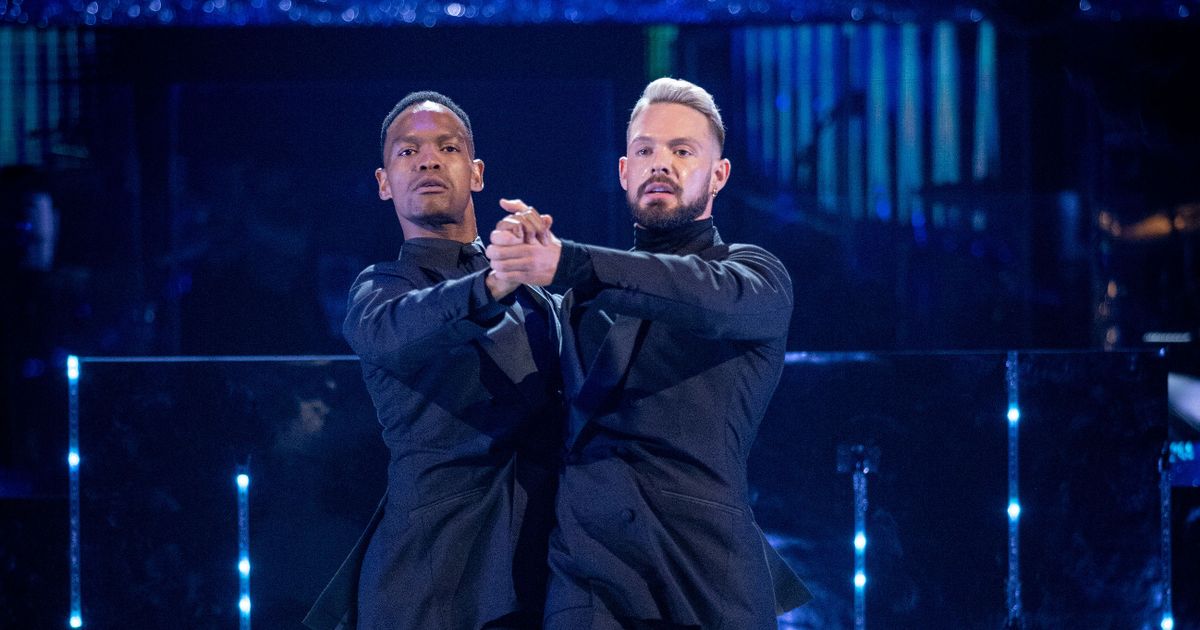 Viewers are not usually privy to the sounds picked up on the microphones worn by the professionals and their celebrity partners, as they are treated to the sounds of Dave Arch and his band during the live Saturday shows.

However, the Strictly social team have given fans an eye-opening insight into what’s really going on in between the couples as they talk and chant their way through their dances.

Taking to Twitter writing: “Banana, cucumber, Nutella!? Listen to the sounds of the hidden #Strictly microphones from Week Two,” the broadcaster has let fans in on the action.

One clip sees Tilly Ramsay, who shot to the top of the leaderboard after her thrilling Charleston, can be heard telling her partner Nikita Kuzmin: “This one, please,” as she sits on picnic blanket.

Nikita replies saying: “Tasty cake isn’t it. I put some strawberries, chocolate, Nutella and CUCUMBER,” which seems to be the cue for Tilly to take to the floor.

Meanwhile, dancer Johannes Radebe, who made history on the show with John Whaite as the first all-male couple can be heard telling the Bake Off star: “Just enjoy it, baby.”

Many of the professionals can be heard counting their partners in and there is also a lot of excitable “ka ta tas” seemingly a sign the dance is going well.

And in what is undoubtedly the sweetest soundbite ever dancer Aljaž Škorjanec can be heard telling his partner Sara Davies: “I love you. I absolutely love you.”

The latest series is already a big hit with viewers, despite the first Covid casualty in week one.

McFly singer, Tom Fletcher 36, was forced to pull out of last weekend’s Strictly Come Dancing shows along with his partner Amy Dowden after the pair testing positive for the virus.

Taking to his Instagram stories on Saturday afternoon, Tom expressed his frustration about having to take a break from the show.

The Strictly star looked tired as he appeared on camera, admitting that he slept for a “mammoth” eleven as he recovers.

“I’ll be cheering everyone on. I desperately, desperately, wish I was there dancing. I know Amy will be doing the same and it will be incredibly frustrating.”

On completion of their quarantine Tom and Amy have been granted a ‘free pass’ to make it through to next weekend.

Strictly Come Dancing continues on BBC One on Saturday at 6.45.