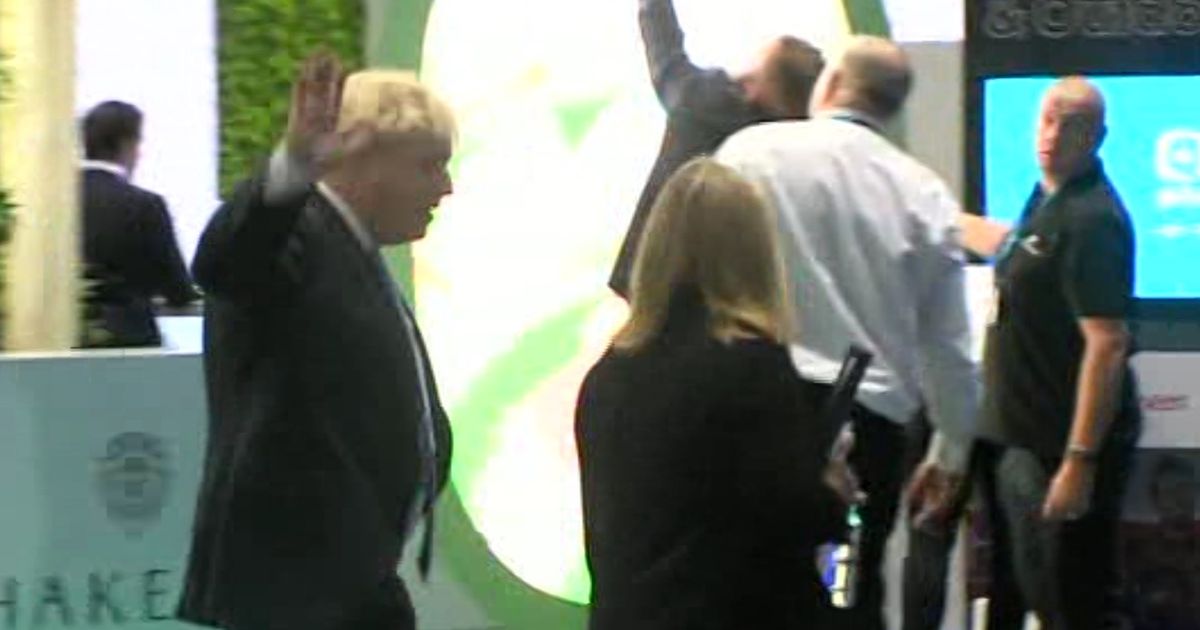 Prime Minister Boris Johnson once again evaded being interviewed on Good Morning Britain as he managed to dodge Ranvir Singh at the Conservative party conference this morning.

It has now been 1,563 days – over four years – since the prime minister has appeared on the ITV programme.

Hosts Susanna Reid and Alastair Campbell crossed over to the conference to speak to Ranvir as they asked her whether she had managed to catch a glimpse of the elusive PM.

Ranvir remarked: “You know he does a lot of running, don’t you? I imagine he’s preparing for running through the conference centre when he’s trying to avoid cameras because he was doing an excellent speed walk. Sort of an Olympic-style speed walk.”

The ITV show then aired a clip of Johnson walking through the conference while flagged by aides as Ranvir called out: “Prime Minister!”

Johnson glanced over and put his hand up as she said: “Good Morning Britain would like to have you on the show!”

As he turned his back on her, Ranvir continued: “1,500 days it’s been, Prime Minister, since you’ve been on the show!”

The PM then appeared to disappear into a black unit, prompting Alastair to exclaim: “Black fridge!”

“So he’s gone that way, possibly to go round the back and go in that way. We’re not sure but it is a bit like a maze here. He did of course just do quite a long interview there on the opposing channel, but there you go. Nothing for Good Morning Britain apart from a little wave this morning.”

It comes after Johnson hid in a fridge back in December 2019 to avoid questions from GMB reporter Jonathan Swain.

In a clip of the incident, one of the PM’s aides was seen mouthing “oh for f***’s sake” as the reporter approached the group while Mr Johnson joined an early morning milk round in Yorkshire.