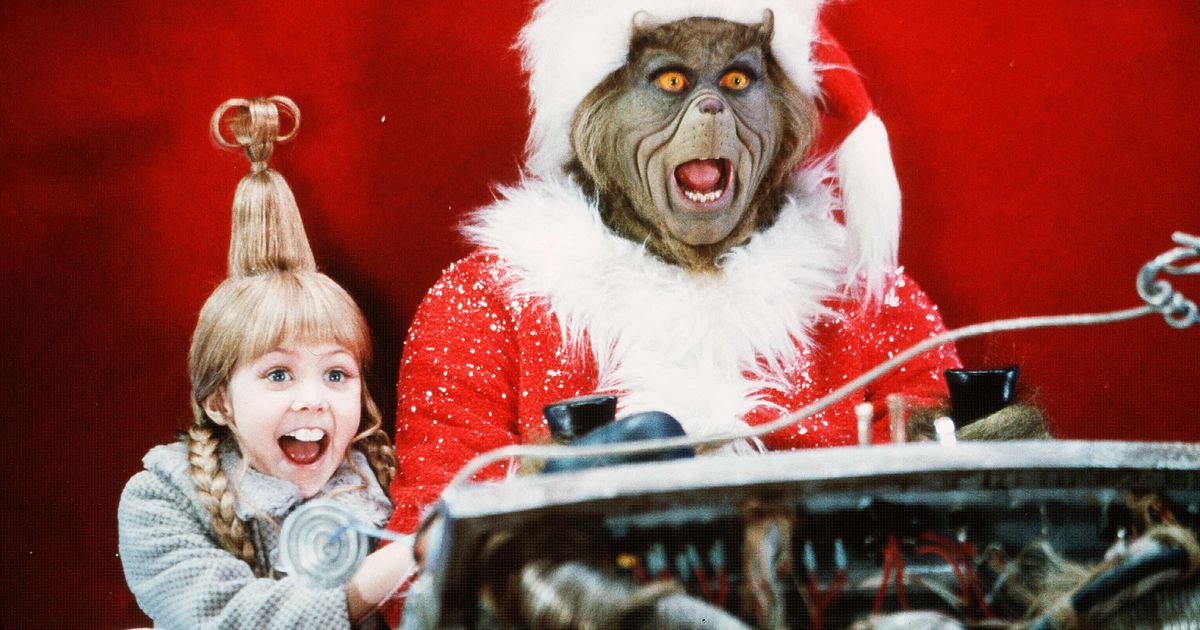 Have you ever watched a Christmas film and had to rewind it because you’re certain you just saw a major celebrity?

Plenty of actors and reality stars have starred in festive flicks, but a lot of them we might have completely forgotten or just not recognise.

Some were unplanned, and plenty went uncredited.

From a Gossip Girl star when she was just seven years old, to a future US president in Home Alone, let’s take a look at the most random Christmas film cameos.

When Kevin McAllister (Macaulay Culkin) is left on his own by his family once again, he heads to the extravagant Plaza Hotel, where he is enchanted by the beautiful glass chandeliers and glimmering lights.

As he walks through the corridors, Kevin looks up to a passing rich gentleman to ask where the lobby was.

“Down the hall and to the left,” comes the reply from the wealthy-looking man, who then turns to have another look at the excited boy.

Kevin is seemingly unaware he is talking to none other than Donald Trump, who owned the Plaza Hotel when the film came out in 1992.

And it’s claimed that the future US president actually ‘bullied’ his way into Home Alone 2: Lost in New York.

According to director Christopher Columbus, Trump filmed a scene with Macaulay because he demanded to have a cameo in exchange for use of his hotel for filming.

“Trump said okay. We paid the fee, but he also said, ‘The only way you can use the Plaza is if I’m in the movie’,” explained Columbus to Insider.

They were planning on cutting the scene, but decided against it after test audiences cheered when they saw Trump.

However, when he was disgraced as president, many fans demanded his appearance be removed.

Meanwhile, Schitt’s Creek exploded in popularity in the last couple of years, and viewers are obsessed with Catherine O’Hara playing Moira Rose.

But when they watch Home Alone this year, they might be surprised to spot Kevin’s mum Kate is played by Catherine, who was 36.

Last year, the veteran actress, 67, regaled fans with a hilarious recreation of her iconic “Kevin!” scene where she realises she’s left her son behind, and promptly faints.

John Krasinski, Katheryn Hahn and Dustin Hoffman in The Holiday

Back when The Holiday came out in 2006, John Krasinski and Katheryn Hahn weren’t necessarily household names.

So it might give viewers a big surprise to see them playing Amanda (Cameron Diaz’s) assistants in the film, Bristol and Ben.

John would go on to become a huge star in The Office, as well as directing and starring in A Quiet Place with his wife, Emily Blunt.

Kathryn, who went on to star in Parks and Recreation, was secretly pregnant at the time, like her character.

She told the Radio Times: “I’ll tell you a little secret about it – I played a very pregnant assistant of Cameron Diaz in the very beginning.

“I’m in there for like three seconds, maybe a little longer, maybe three minutes. But John Krasinski also plays her editor so we had a scene together – that’s where I met John Krasinski, who was so lovely – and I had to wear this big prosthetic pregnant belly.

“But what I got to share on the set – I don’t think to everybody, just a few people – was that I actually had a little baby in there. I actually was pregnant on set but then I was wearing a huge prosthetic belly on top of it. It was a very surreal experience.”

Not only that, but double Oscar-winning actor Dustin Hoffman appears in the video rental store in an uncredited cameo as Jack Black talks passionately to Kate Winslet about the score from The Graduate – which Dustin starred in.

According to Dustin, this was totally unplanned.

He was genuinely going to Blockbuster to rent a film, and saw all the lights and commotion and came over to see what was going on.

He knew the director Nancy Meyers, and she scripted a short scene with him in it there and then.

We all know the big star of Home Alone is Macaulay Culkin, who is now 41.

But a little-known fact is that his brother Kieran, who is four years younger, also appeared in the film.

Kieran was only seven when he played Fuller, Kevin’s bed-wetting cousin, and he had no idea what the plot actually was.

So he got a big surprise when he watched the film and realised what big a part Macaulay played.

“I didn’t even know what the movie was about when we were doing it, so it was a fresh, brand-new movie when I saw it,” he explained on The Late Late Show With James Corden.

“There’s a part in the movie where there’s a kid who gets his head counted incorrectly and he goes, ‘Bye, bring me back something French!’ I thought the movie was about that kid,” he continued.

“And it made sense when I saw it. I remember seeing it in the theatre at the premiere and I was dying laughing and I was like, ‘Oh, that makes sense because Mac was on set all the time.'”

Kieran is now a huge star in his own right, and currently plays Roman Roy in HBO’s Succession.

Peter Billingsley from A Christmas Story was uncredited in Elf
(

We all know Peter Billingsley from his role as adorable kid Ralphie in A Christmas Story.

But every year, viewers are shocked to discover he’s also in Elf, playing the uncredited role of Ming Ming the elf.

Peter had worked with Elf director Jon Favreau as a producer on the TV series Dinner for Five.

Because of this, he was able to personally ask Jon for a small role in Elf, where Will Ferrell played the child-like Buddy.

Jon gave Peter the role of Ming Ming, who works in Santa’s workshop and can be seen panicking when he realises Buddy hasn’t made enough etch-a-sketches.

This important scene is the catalyst for Buddy finding out he is not actually an elf after all.

Taylor Momsen in How the Grinch Stole Christmas

For those of us who grew up watching Gossip Girl, we know Taylor Momsen as misfit Jenny Humphrey, sister of Dan, who was played by You star Penn Badgley.

After departing the show, Taylor’s image drastically changed and she adopted a punk look with fishnet tights and black eyeshadow while she fronted rock band The Pretty Reckless, leading to comparisons to Courtney Love.

But if you look carefully while watching The Grinch, which starred Jim Carrey as the grumpy lead role, you might realise Cindy Lou Who looks rather familiar.

It was Taylor’s breakout role, and she was only seven years old which meant she was too young to wear the prosthetic noses the rest of the Who community sport.

That’s why there’s a line explaining that Cindy had not grown into her nose yet.

“I was too young to wear the prosthetics so they wrote a line into the film, ‘She hasn’t even grown into her nose yet,'” Taylor explained.

“So they just put full blush on my nose.”

She explained all the actors underwent a month of ‘Who training,’ which the jokingly described as ‘Who bootcamp’.

Taylor, who also did all her own stunts in the film, also revealed she loves how happy The Grinch makes people feel.

“I think that people love The Grinch just simply because the core of the story is so sweet and it’s so heartwarming and it has such a good message,” she said.

“That no matter what age touches your heart, I think that that’s an amazing thing to be a part of.”

Billy Bob Thornton played the US President in Love Actually
(

The Fargo star donned a suit and a clean shave to play the US President opposite Hugh Grant as the UK Prime Minister, David.

He flirts with David’s staff member Natalie, and deliberately has the PM walk in on something untoward going on.

This doesn’t go down well with David, who is secretly in love with Natalie (Martine McCutcheon) and it inspires a rousing speech.

This wasn’t Billy’s only festive film – he also played the titular role of a cruel and drunken Father Christmas in 2003 film Bad Santa.

“Casting directors call me up when they need an a*****e,” Billy has joked.

Martine also revealed Billy had a terrible time on the Love Actually set because he hated the antique furniture.

She told EW: “Billy Bob Thornton hates antiques, and Hugh [Grant] was constantly pointing at pieces that were 500 years old.

“And Billy Bob was going [in his Southern accent], ‘Oh my Gahd, Hugh, I dun’t laake this.'”

Speaking to the New York Times, Billy responded: “I don’t mind a chair. I can go as far back as you want with Asia or Mexico.

“Stuff that kings were around. That’s the stuff I can’t be around. It was too big to be functional. It creeps me out.”