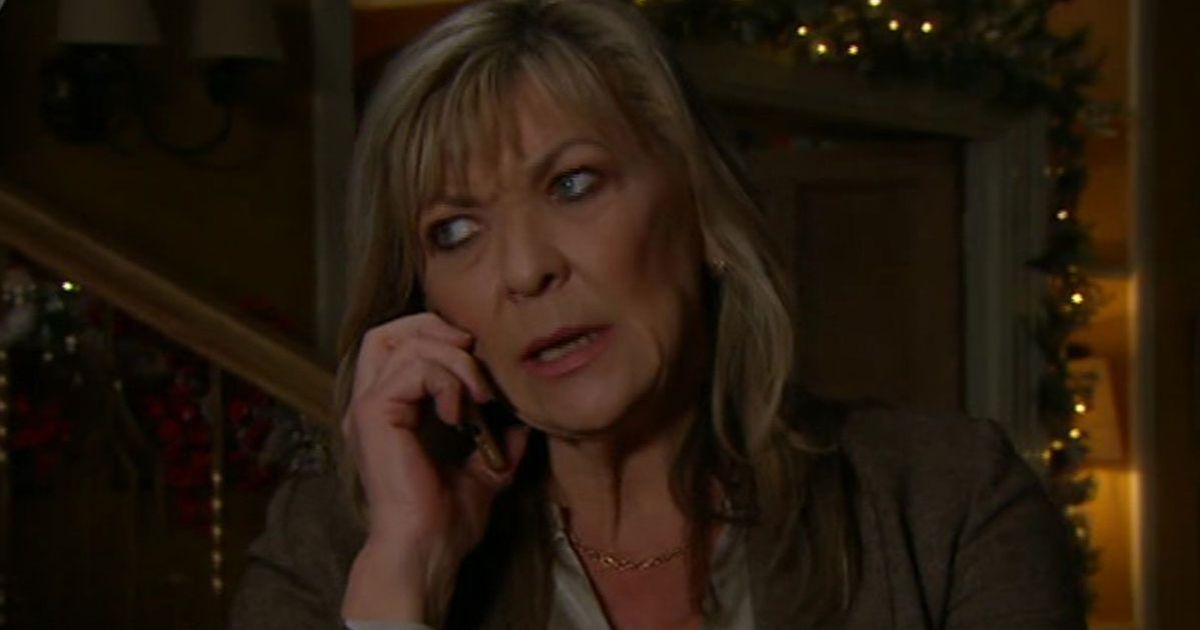 Emmerdale fans feared Kim Tate was out for a deadly revenge, after hearing on/off lover Will Taylor had feelings for Bernice Blackstock

Emmerdale could be lining up a surprise Christmas killing, viewers are predicting after watching the latest episode of the ITV soap.

Kim Tate made a secret phone call about disposing of something or someone, after making a discovery about on/off lover Will Taylor.

He confessed to Bernice Blackstock that he had some sort of feelings for her, and wasn’t sure what to do about it or how to tell Kim.

It was teased as though he wanted to ditch Kim for Bernice, but didn’t know how to given how much she had done for him – and knowing her dangerous history.

Emmerdale could be lining up a surprise Christmas killing, viewers are predicting
(

Bernice smirked as she realised her plans to steal Will might have worked, after confessing her own attraction towards him.

She gave him an ultimatum, telling him he had one day to decide who he wanted to be with.

But what neither of them realised was Kim heard the whole conversation, as she was outside the room the entire time.

Emmerdale fans feared Kim Tate was out for a deadly revenge, after hearing on/off lover Will Taylor had feelings for Bernice Blackstock
(

As she heard Will talking about possibly leaving her and possibly liking another woman, she was soon seen taking action.

Getting out her phone, she made a cryptic phone call to someone asking for a disposal.

The scene hinted she wanted to get rid of someone or something, with fans immediately suspecting she had called a hitman.

Viewers then questioned if she was getting rid of Will or Bernice in a shocking Christmas Day killing, with one fan even joking she could be on the phone to serial killer Meena Jutla.

Taking to Twitter with their murder theories, one viewer said: “Kim ordering a hitman?”

Another agreed: “Kim got a hitman on speed dial just give the local serial killer a call. Save a few kid.”

A third joked: “# emmerdale kim ringing up meena to get rid of bernice.”

Meanwhile, another fan commented: “Kim’s booking a ‘disposal’ – will it be Bernice or Will?”