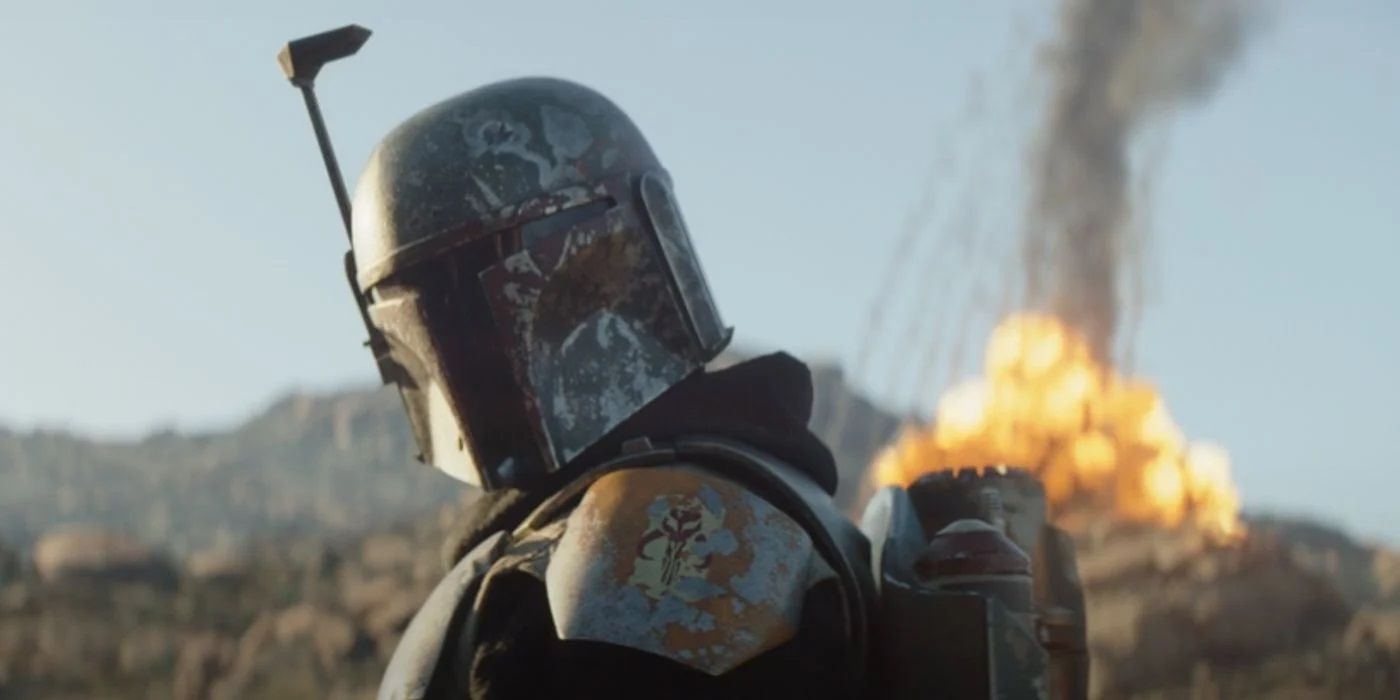 Boba Fett actor Temuera Morrison performs a Maori Haka in his armor from The Mandalorian. Season 2 of Disney+’s hit Star Wars series has wrapped, but not without some monumental shakeups to the galaxy far far away, which fans are still clamoring over. Among the most talked-about has been the return of longtime fan favorite Boba Fett. First introduced as part of the Star Wars Holiday Special in 1978 and originally played by the late Jeremy Bulloch in The Empire Strikes Back in 1980 and Return of the Jedi in 1983, the famed bounty hunter grew to become one of the most iconic characters in the Star Wars universe. Morrison initially starred as Jango Fett, father to his clone child, Boba, in 2002’s Star Wars Episode II, but after Jango was slain, Morrison took up all voice roles for adult Boba in subsequent Star Wars projects.

Hailing from New Zealand, Morrison is of Maori heritage, the Maori being the indigenous Polynesian people of that region. One of their most recognizable practices is the Haka, a ceremonial dance that is generally performed as part of welcoming ceremonies for esteemed guests and special occasions. Jason Momoa (Game of Thrones), who is of Hawaiian Polynesian descent, famously performed the Haka at the 2018 red carpet premiere of Aquaman, in which Morrison also starred.

In a Twitter video posted Saturday by Ming-Na Wen (Marvel’s Agents of S.H.I.E.L.D.), who co-stars as Morrison’s sidekick, Fennec Shand, in The Mandalorian, Morrison performs the Maori Haka in his Boba Fett costume. The shot was captured while filming season 2, episode 6: “The Tragedy,” in which Boba Fett and Shand forge a forced alliance with Din Djarin (Pedro Pascal), who is visible in the background. You can check out the video below:

War Haka was traditionally utilized by Maori fighters as a challenge and demonstration for battle preparations, which is essentially what Morrison is doing. Clad in his newly recovered classic armor, originally lost when he was swallowed by the Sarlacc in Return of the Jedi, Boba Fett is in the midst of a standoff against a squadron of Stormtroopers bent on reacquiring Grogu, aka Baby Yoda, for Moff Gideon (Giancarlo Esposito). Although he was doing fine with the gaffi stick, once Fett has his full bounty hunter armament back, he obliterates the Empire’s forces, once more reviving the spirit of “the most feared bounty hunter in the galaxy.”

Wen shared the video while wishing Morrison a happy birthday. The actor turned 60 years old on December 26th, but you wouldn’t know it by how much butt he is still kicking. Morrison has long been waiting for the call to take up the live role of Boba Fett and seems as newly reinvigorated for action as his bounty hunting alter-ego. After an outstanding showing in The Mandalorian season 2, Morrison will return next December, alongside Wen, in his own spinoff Star Wars series, The Book of Boba Fett.