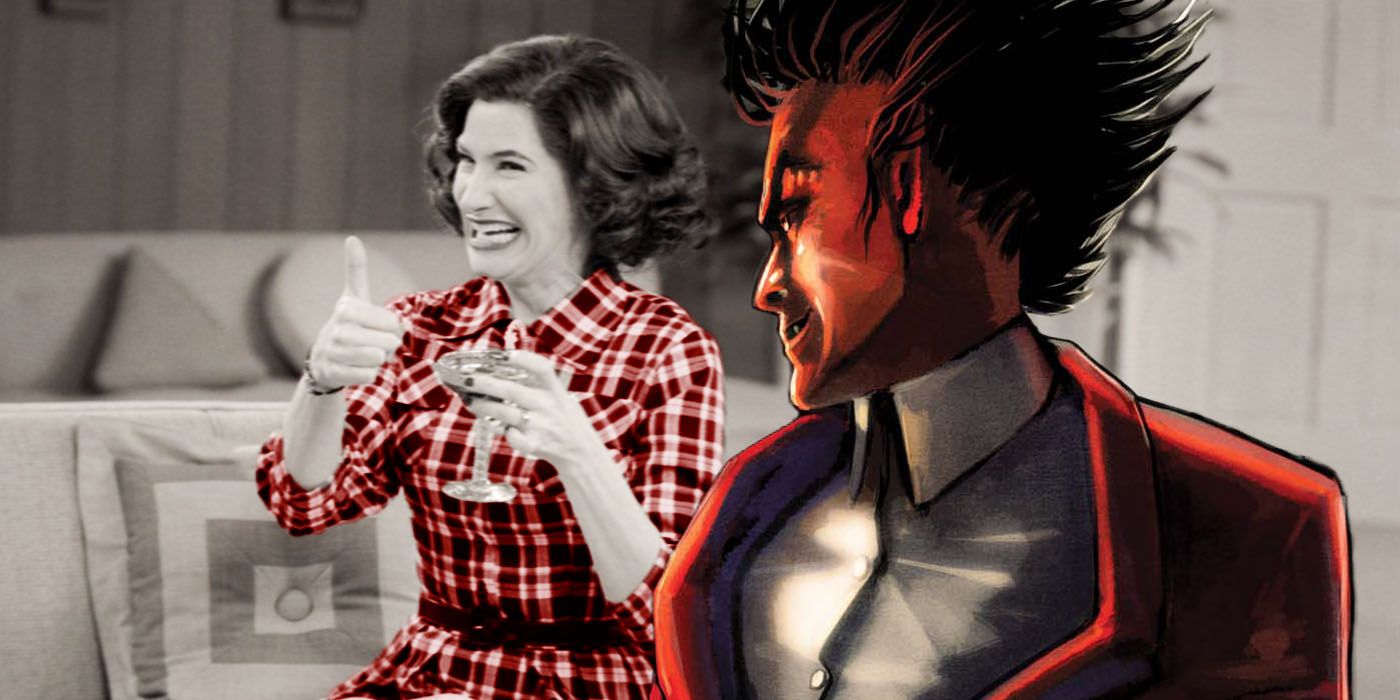 In the comics Wanda and Vision’s children, Billy and Tommy, are originally created from aspects of Mephisto’s soul. When the devil’s soul is made whole again, Billy and Tommy disappear, driving Wanda insane with grief and leading to the events of the iconic House of M story. That comic then sees Wanda using her powers to alter reality and create a world where she again has her children. WandaVision isn’t strictly based on any particular Marvel comic, but it’s clear the Disney+ show is pulling some ideas from House of M for its MCU version of Vision and Wanda’s story. Billy and Tommy, for instance, will appear in future episodes, and the sitcom-based world the show takes place in is obviously an alternate reality to that of the usual MCU.

The MCU will rarely adapt anything from the comics directly, instead tweaking the idea to better suit their story. As such, an MCU version of Mephisto – a devil known for striking deals with lost, grief-stricken heroes – could be who’s behind the strange world Wanda and Vision are now in. Wanda, completely bereaved following Vision’s death in Endgame, may have struck a deal with Mephisto in order to get Vision back. And rather than just gifting her that life, Mephisto may have helped her unlock the full scope of her powers, allowing Wanda to create this new reality all by herself. This new happy life come at a cost, though, because it also appears the other people in Westview are trapped there against their will.

While Wanda’s powers are growing, giving her some control over the world, there’s almost certainly someone else at least partially responsible for what’s going on. The voice heard on the radio in WandaVision says as much: “Who’s doing this to you, Wanda?” If it’s Mephisto, then his influence over Wanda could be his introduction to the MCU ahead of his role in Loki and possibly even Doctor Strange 2. In fact, Mephisto could wind up being the main villain for all of Phase 4, and is perhaps right now merely using lieutenants like Agnes to enact his evil. Loki could then see the God of Mischief helping the Time Variance Authority to investigate these strange occurrences, and come Doctor Strange 2, the Sorcerer Supreme gets involved because Mephisto’s meddling is now having ramifications for the whole multiverse. Only time will tell if Mephisto is working his magic in the MCU, but if so, WandaVision teasing a devil working behind the scenes could very well be where the villain is first introduced.