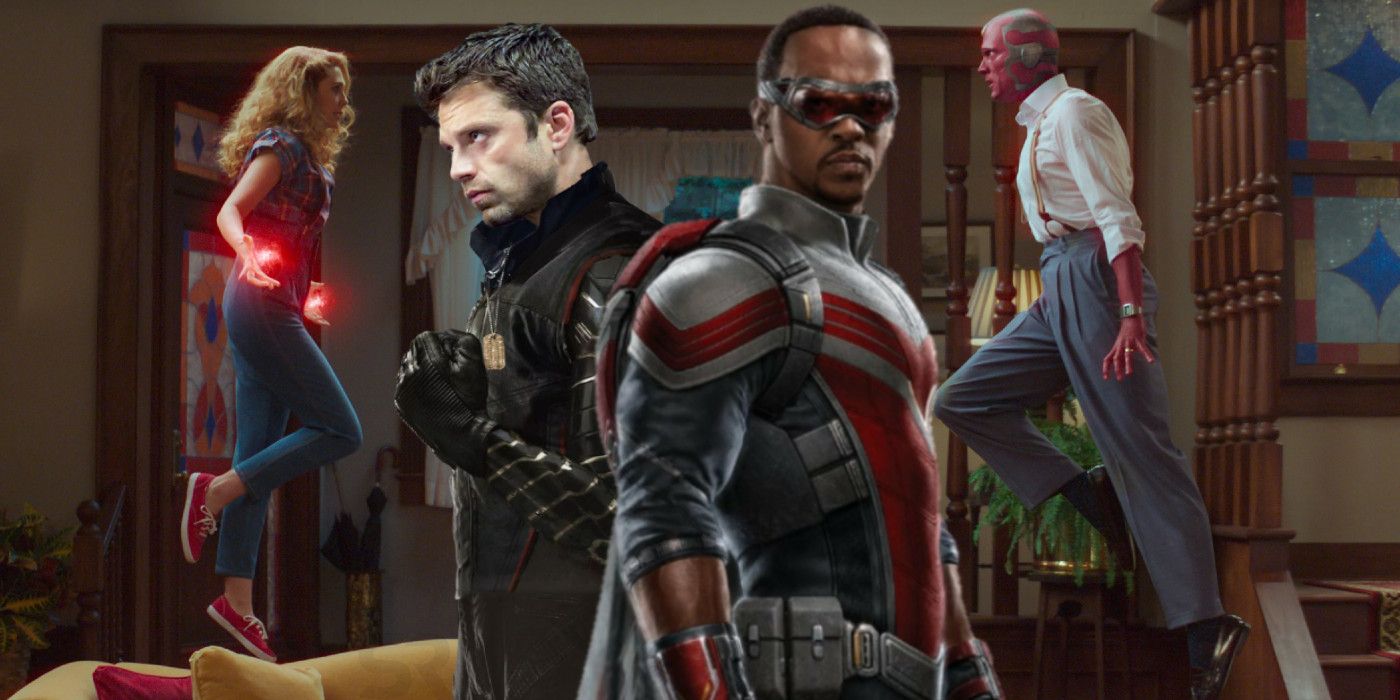 WandaVision‘s Elizabeth Olsen and Paul Bettany send a message to support The Falcon and the Winter Soldier‘s release via an awkward video message. It has only been two weeks since the Maximoff Anomaly was officially resolved in Westview, and Marvel Studios is keeping the ball rolling with the release of their latest Disney+ show starring Anthony Mackie and Sebastian Stan.

Also set in the post-Avengers: Endgame world, The Falcon and the Winter Soldier aims to take a closer look at Steve Rogers’ closest friends as they navigate their way in the MCU without him. Both Sam and Bucky are given their respective arcs in the series; the former will deal with interior and exterior factors making it difficult for him to claim his rightful place as the next Captain America, while the latter will confront his past to define what kind of future he has. Collectively, they will face some old and new villains, such as Zemo from Captain America: Civil War, John Walker, the government-chosen new Captain America, and a new shadowy group known as the Flag-Smashers.

While WandaVision doesn’t necessarily lead into the events of The Falcon and the Winter Soldier, the shows are still part of the larger MCU storytelling, and Olsen and Bettany are happy to cheer their fellow Marvel actors on. That said, it seems like the pair didn’t get to talk before filming the clip as they were unsure how much they could talk about WandaVision‘s finale. Watch the clip shared by Marvel Studios below:

Before WandaVision premiered at the start of 2021, Mackie and Stan also sent their support to Olsen and Bettany, so this is a nice gesture. As previously mentioned, while The Falcon and the Winter Soldier isn’t exactly a traditional sequel to the recently-concluded Marvel Studios series, these actors are set to become the poster stars of the MCU moving forward following the end of the Infinity Saga. Given how great the on and off-camera chemistry of MCU’s founding stars, it’s imperative that they continue that kind of vibe coming into Phase 4.

Interestingly, The Falcon and the Winter Soldier was supposed to kick off this new storytelling chapter for the franchise. But due to the coronavirus pandemic that hampered its production, WandaVision was rolled out first just to break the year and a half hiatus for the MCU. Regardless, the shows were always supposed to debut consecutively. And that makes sense, considering that while they both feature superhero team-ups, they couldn’t be any more different in style and tone, which helps combat superhero fatigue for the viewers.