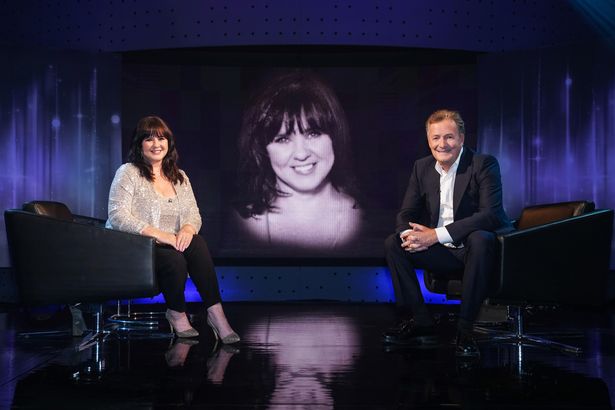 Former pop star Coleen Nolan gave Piers Morgan a surprise compliment at the end of their on Piers Morgan’s Life Stories which aired on Thursday night.

The 56-year-old quipped “you’re actually really nice” as the pair concluded their talk with a chuckle.

The Nolan sister had joined the 55-year-old presenter for an in-depth chat about her past and delivered an open and honest tell-all discussion for ITV viewers.

The pair touched upon Coleen’s rise to fame in her childhood and how the star became a household name alongside her sisters in the late 1970s with hits including I’m In the Mood for Dancing.

Coleen and Shane were married for almost a decade and had two sons together – Jake, 28, and Shane Jr, 32.

He sensationally claimed he didn’t believe Meghan suffered with her mental health.

He also didn’t think she had asked for help but was refused as it “wouldn’t be good for the institution”.

He aired his thoughts on ITV’s Good Morning Britain, prompting over 57,000 people to complain to Ofcom.

Piers left his role on the breakfast show after storming off set following an argument with Alex Beresford about his comments.

He has refused to apologise for his views.

At the time of leaving he said: “If I have to fall on my sword for expressing an honestly held opinion about Meghan Markle and that diatribe of bilge that she came out with in that interview, so be it.”