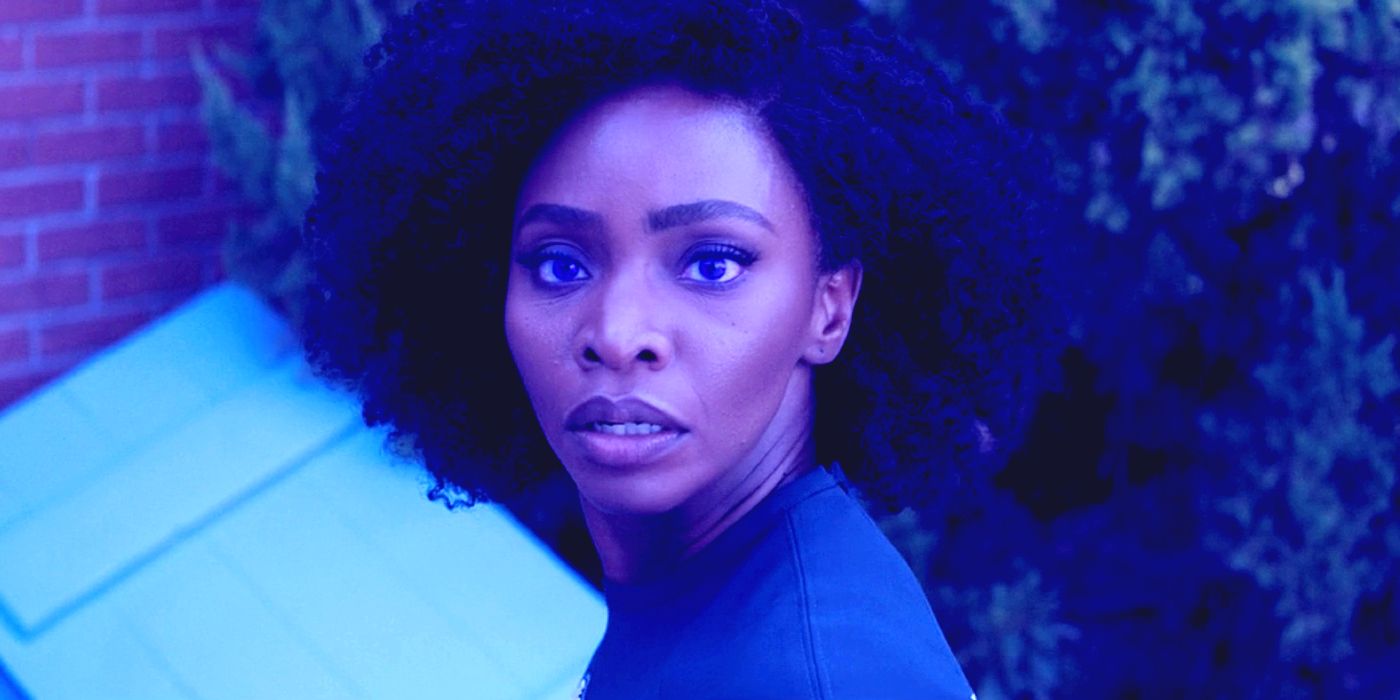 Since Monica is trying to help Wanda, then this would setup a fascinating fight for the next episode: Monica, imbued with her Spectrum powers (and even an outfit that nods to the costume), alongside Scarlet Witch vs. Agatha and Pietro. It’s possible that will still happen, but it’s also interesting that Monica’s eyes appear to be a different color in WandaVision episode 7’s post-credits scene. When she was powered up earlier, they glowed blue; in this moment, when she opens up the entrance to head down into the basement, they’re a darker purple, fitting with the same color of Agatha Harkness’ magic, seen in the vines on the staircase Monica is looking at. This suggests that, simply by being exposed to it, Monica could already have fallen under Agatha’s magical spell and be controlled by her. Quicksilver’s eyes aren’t glowing, but that is presumably part of Agatha’s magic itself, since walking around with purple eyes would be something of a giveaway.

If Monica is indeed under Agatha Harkness’ control, then it further stacks the odds against Wanda and Vision, leaving the latter – alongside Darcy, unless she’s still stuck at the lights – as the only hope for defeating Agatha and saving Wanda, Billy, Tommy (if the twins can still be saved, that is, as it’s left unclear what happened to them), and the rest of Westview’s inhabitants. The vines hint that Agatha is perhaps feeding off Westview, with the Hex and Scarlet Witch’s powers imbuing her own, which means it’s going to be an incredibly difficult hurdle to overcome in WandaVision‘s closing installments.

Aside from the finer points of what WandaVision episode 7’s post-credits scene means for Monica, Quicksilver, Agatha, Wanda and so on, it’s also the biggest indicator yet of the shift in the show’s storytelling. For the most part, WandaVision hasn’t operated anything like a typical MCU product, instead doing its own thing in a sitcom bubble. That’s gradually changed as the show spent more time outside of the Hex with S.W.O.R.D., but with the real villain of WandaVision now revealed and the veil lifted, then the traditional post-credits scene returning hammers home that this can now fully be an MCU spectacular, setting up WandaVision‘s final two episodes to be bigger than anything else.