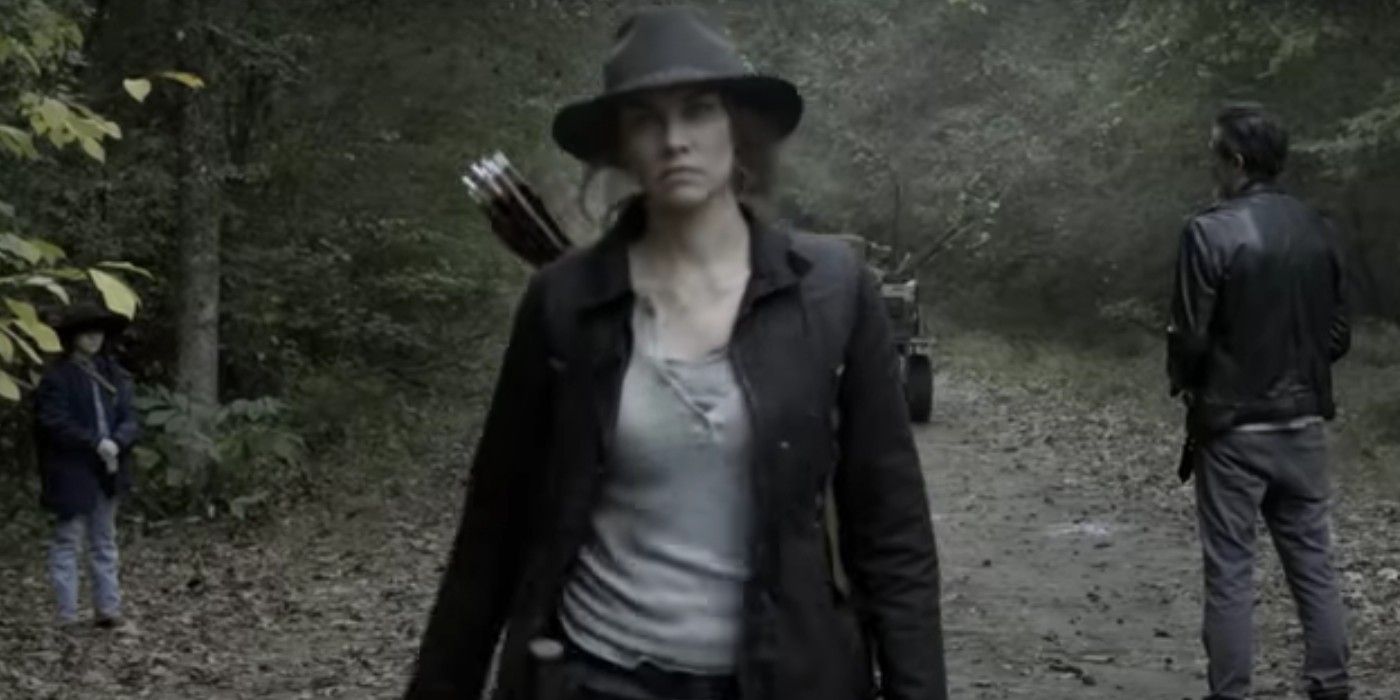 The latest trailer for The Walking Dead season 10 further hypes up the tense and eagerly anticipated reunion between Maggie and Negan. As a result of the coronavirus pandemic, the penultimate season of AMC’s hit zombie series is taking on a rather unique format. After its season finale was delayed by several months, AMC announced The Walking Dead season 10 would receive six more episodes before moving on to its eleventh and final run. These new six episodes, which will begin to arrive at the end of the month, will offer more character-driven stories as they delve into the aftermath of the Whisperer War.

There’s a lot to look forward to in the tail end of The Walking Dead season 10, but the biggest point just might be the confrontation between Maggie (Lauren Cohan) and Negan (Jeffrey Dean Morgan). The first time these two crossed paths, Negan killed Maggie’s beloved husband Glenn (Steven Yeun) in a brutal manner. Since then, Maggie has understandably held a great deal of resentment against Negan. Maggie spent some time away from The Walking Dead but returned in the onetime season 10 finale. However, it didn’t include her facing Negan once again, leaving that tense face-to-face for the next few episodes.

As the rest of season 10 gets ever closer, The Walking Dead continues to churn out new teasers for what’s to come. The latest catches up with all of the major characters, but the most intriguing bits further tease Negan and Maggie’s reunion. In addition to featuring Maggie talking about her son Hershel and his questions about how his father died, a quick shot shows her walking away from Negan, and she does not look happy. Check it out down below.

Since Maggie left The Walking Dead, Negan has transitioned into more of an anti-hero/tentative ally role. This even culminated in the bat-wielding character teaming up with Carol (Melissa McBride) to take down Alpha (Samantha Morton), the leader of the Whisperers. Undoubtedly, this new position for Negan will anger Maggie, and a video showing The Walking Dead‘s season 10 table read hinted at her reaction to Carol’s growing trust of Negan. Needless to say, no one expects it to go over well.

The remaining six episodes in The Walking Dead season 10 will also delve into Negan’s backstory, meaning Morgan has some really meaty storylines coming up. Some have wondered if Maggie intends to take out Negan once and for all, though Morgan recently teased his return in season 11. This could be for a flashback of sorts, but it currently looks like Negan will at least make it to The Walking Dead‘s final season. Before that, though, he has to face what he did to Glenn, and fans couldn’t be more excited.

The Walking Dead season 10 returns on Sunday, February 28 on AMC.