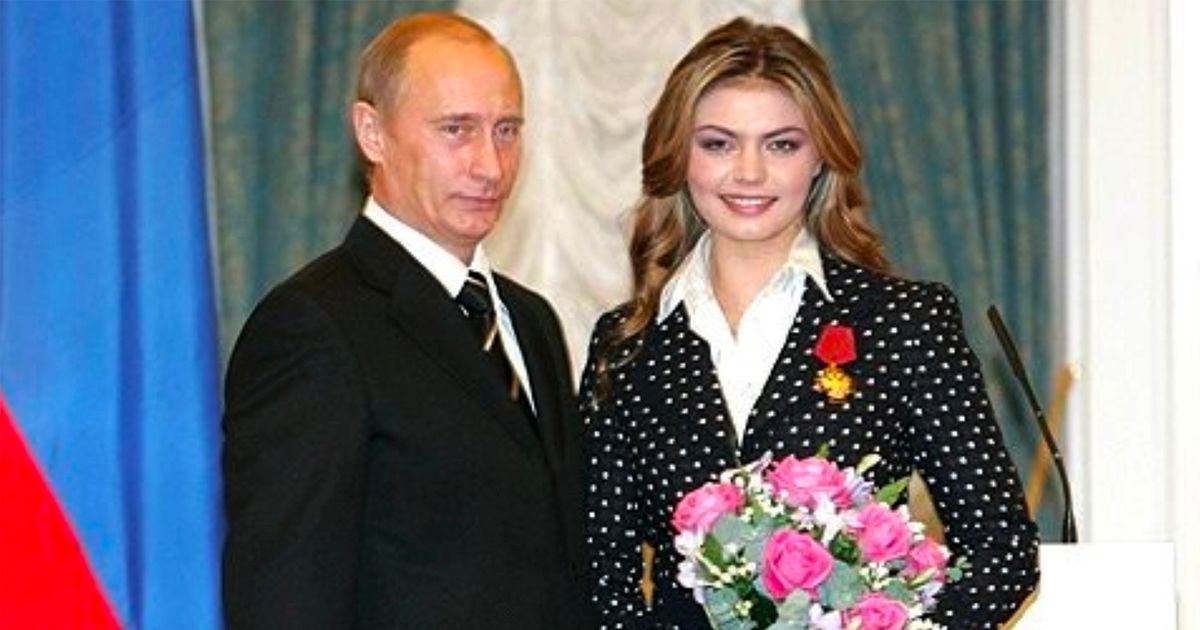 According to a friend of Vladimir Putin’s doctor, the Russian President has two secret sons with his gymnast ‘lover’ Alina Kabaeva, with one born in Switzerland and the other in Moscow

Vladimir Putin has two secret sons with his gymnast ‘lover’ Alina Kabaeva, according to a new report published today.

The first boy was born in secrecy in Switzerland amid huge security in 2015, according to a source linked to the doctor who was at the birth.

The second son was delivered in Moscow in 2019 with the same specialist flying to Russia for the birth, according to Swiss newspaper Sonntagszeitung.

The Russian leader, who will be 70 this year, has since 2007 denied a relationship with Olympic gold-medal winning Kabaeva, now 38.

He has hidden his alleged secret family from voters – and was not present at either of the births. The report supports strong rumours over a Putin-Kabaeva family.

It also indicates that Kabaeva is the secret Russian first lady at a time when the country is suffering major losses from the war with Ukraine.

A younger Alina Kabaeva and Vladimir Putin, whose relationship has long been rumoured
(

The source of the new report – published today – is said to be a personal friend of Kabaeva who also knows the obstetrician, an unnamed Soviet-born medic acquainted with Putin for more than three decades.

Speaking to Sonntagszeitung, the source said: “Alina’s relationship with Putin existed. Their children – two sons – are Putin’s children. Alina had no other relationship. That would have been too dangerous for her.”

The female doctor works at Clinica Sant’Anna in the Italian-speaking Ticino region of Switzerland where the first child was born.

The obstetrician had “maintained a trusting relationship with Putin”, said the report. “You had to keep the whole thing very discreet,” the newspaper was told.

Contrary to gossip in 2015, Putin was not present at a birth which – at the time – the Kremlin denied. There was also only one Putin-Kabaeva child born in Switzerland, said the source. By the “president’s decision”, the second son was born in Moscow.

The same Russian emigre Swiss obstetrician delivered the second son in Moscow in 2019. Before the birth, Kabaeva had travelled in secret to Lugano several times.

The source described Kabaeva as “a very pleasant woman. “She is a real sportswoman, very straight, without posturing,” they added. “She came with her mother and sister, but without bodyguards.”

Despite this, a blanket of secrecy was thrown over the births. Kabaeva had also travelled multiple times to Switzerland before starting her relationship with Putin, believed to be in 2007.

She was an ambassador for Longines watches from 1999 to 2008. Recently rumours suggested that she and her suspected young children were hiding out the war at a reclusive Swiss chalet. However ten days ago – after a four-month absence from the limelight – she reappeared in Moscow.

There are indications she has spent time near Geneva at the Cologny residence of Gennady Timchenko, 69, an oligarch very close to Putin. Timchenko’s representatives refused to comment to the Sunday newspaper. Swiss government representatives say there is no indication Kabaeva has been in the country recently.

Dr Maria Vorontsova, a year younger than Kabaeva, was born when the Russian president was a KGB spy in Germany, is an expert in rare genetic diseases in children. She is a leading researcher at the National Medical Research Center for Endocrinology of the Ministry of Health of Russia.

Her divorced sister Katerina is deputy director of the Institute for Mathematical Research of Complex Systems at Moscow State University. She is a former high-kicking ‘rock’n’roll’ dancer.

Both daughters have been sanctioned by the West, unlike Kabaeva, and Putin’s unacknowledged “love child” Luiza Rozova, 19. Luiza is the daughter of cleaner-turned-multimillionaire Svetlana Krivonogikh, 45, now part-owner of a major Russian bank, one of the country’s wealthiest women with an estimated £74 million financial and property fortune.

Kabaeva used the build-up to last weekend’s ‘Alina 2022’ show in Moscow to make her first appearance in public since the war started in Ukraine. This followed rumours she had been hiding in Switzerland – or in a hi-tech Siberian nuclear bunker

At the show itself she was filmed in front of the ‘Z’ symbols of Putin’s troops, which critics have likened to a swastika symbol. She wore a £1,915 dress from a British-based designer as she led a patriotic-themed gymnastics ballet in which she linked the defeat of Hitler’s Nazis to the Russian fight against Ukraine.

The event included some of the Soviet Union’s most patriotic songs in a celebration of the country’s victory over the Germans. The theme at her annual festival was unmistakably intended to boost patriotic support for Putin’s military adventure in Ukraine.

She wore a wedding ring and a fluid silk fuchsia midi dress from the new collection of London-based Alessandra Rich who has previously supplied Samantha Cameron – for a state occasion with President Obama – and a host of A-listers.

Kabaeva has kept a low profile since Russia started its war with Ukraine.

There has been speculation that she and her secret young family have been hiding from the war either in Switzerland or in one of several high-grade bunkers in the Urals, Arctic or Siberia.

In 2001 Kabaeva was temporarily banned from competing in rhythmic gymnastics after failing a doping test.

A year earlier she had won gold at the 2000 summer Olympics.

Once regarded as Russia’s most eligible woman, her only other suitor has been a married Georgian policeman, according to media reports.

This relationship petered out in 2005 amid complaints of tabloid intrusion into her life.