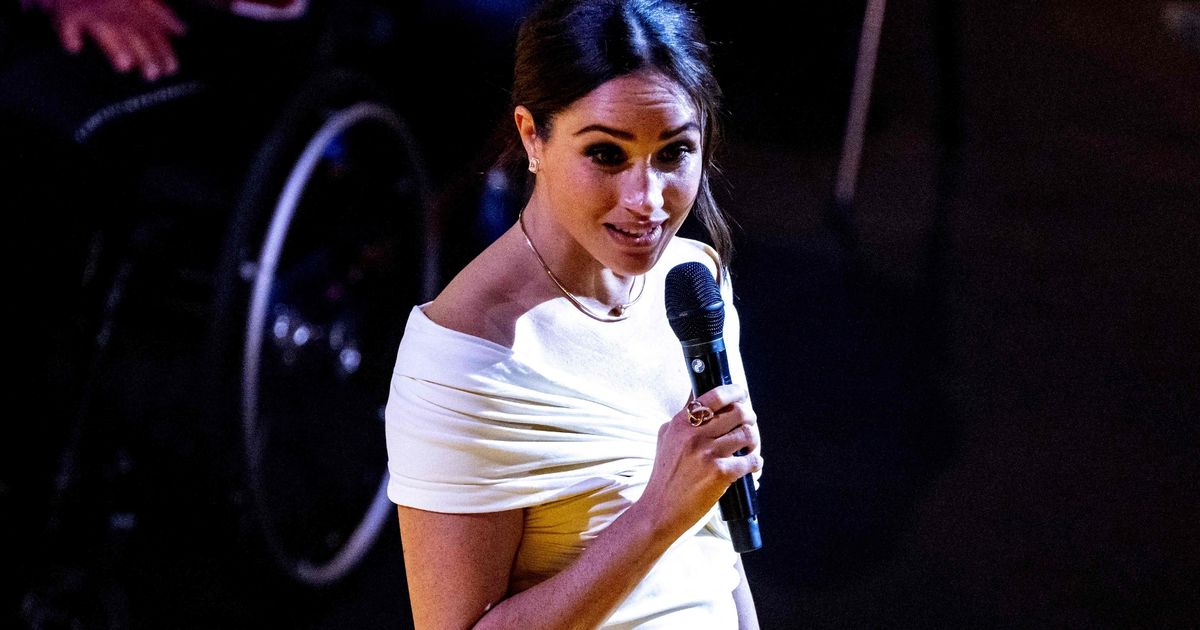 It has been reported that Pearl, which had been the working title for Meghan Markle’s Netflix show, has been officially cancelled

Harry and Meghan attend athletics event at the Invictus Games

Meghan Markle’s animated series has been axed by Netflix as part of a series of cutbacks made by the streaming giant.

Deadline have reported that Pearl, which had been the working title for the Duchess of Sussex’s show, has been officially cancelled.

Meghan had been due to be an executive producer on the project alongside David Furnish, with Pearl following the adventures of a young girl who found inspiration via influential women throughout history.

The cartoon had been announced last summer, with Meghan saying at the time: “Like many girls her age, our heroine Pearl is on a journey of self-discovery as she tries to overcome life’s daily challenges.

Meghan Markle’s animated series has been axed by Netflix
(

“I’m thrilled that Archewell Productions, partnered with the powerhouse platform of Netflix and these incredible producers, will together bring you this new animated series, which celebrates extraordinary women throughout history. David Furnish and I have been eager to bring this special series to light, and I am delighted we are able to announce it today.”

Meghan and Harry had created Archewell Productions at Netflix in autumn 2020 in order to create original documentaries and children’s shows, with Pearl set to be their first animated series.

Netflix’s stock price fell by almost 40 per cent after it announced a loss of 200,000 subscribers
(

The project had reportedly still been in the development stage, with insiders suggesting to the online news outlet that Netflix are still hopeful regarding other projects as part of the Archewell deal – including documentary series Heart of Invictus.

Other animated series that have been canned include Dino Daycare and Boons and Curses.

The news comes after the streaming service’s stock price fell by almost 40 per cent after it announced a loss of 200,000 subscribers earlier this month.

It is the first time its customer base has failed to grow in a decade – and it expects to lose millions more by June 2022.

There’s also been big personnel changes with Phil Rynda, Netflix’s Director of Creative Leadership and Development for Original Animation as the company’s animation department is said to have been hit the hardest by the issues.