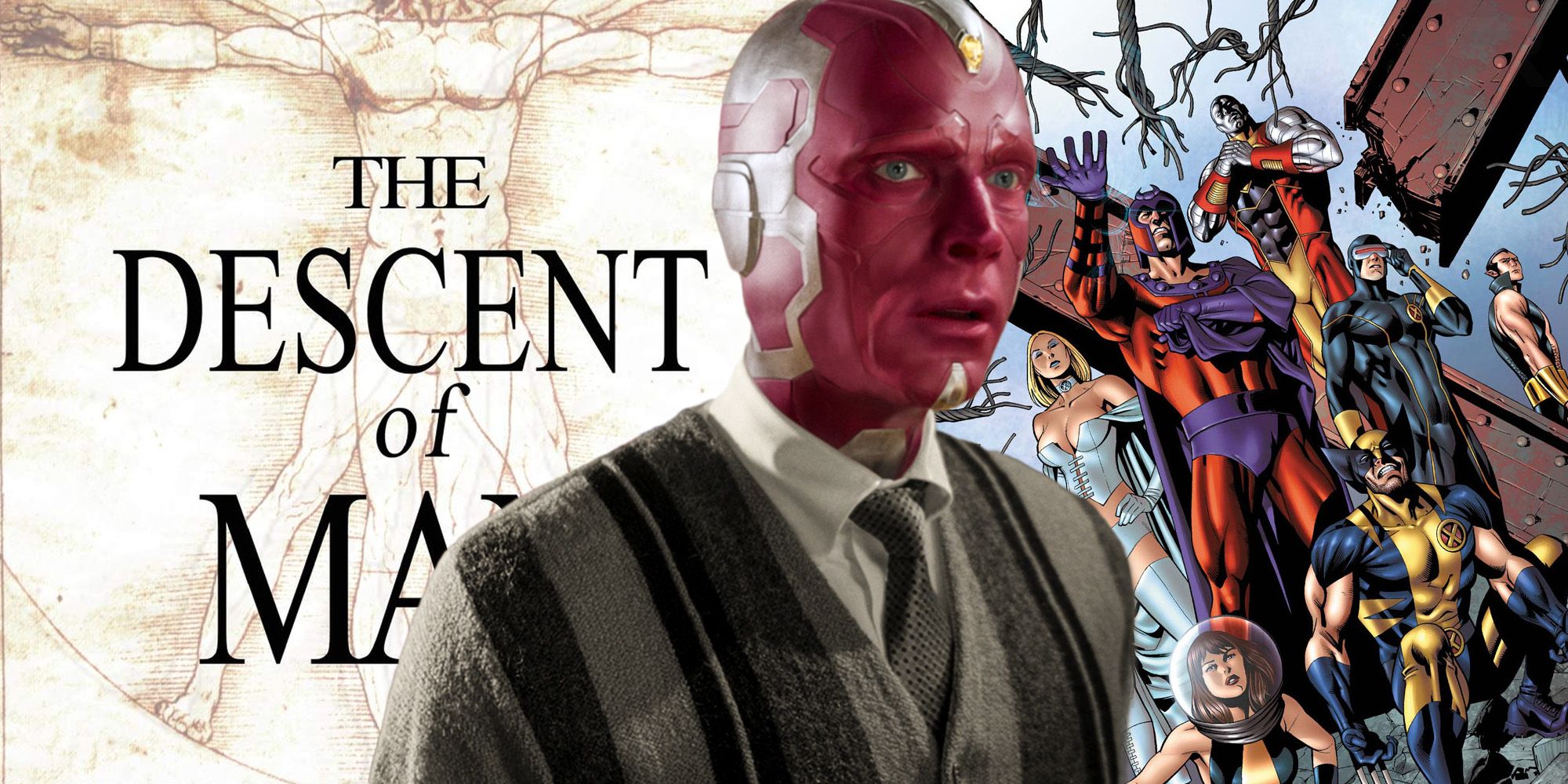 WandaVision being the show that references Descent of Man is important because, in the comics, Scarlet Witch was originally depicted as a mutant superhero. She was also regarded as Magneto’s daughter for decades. In the MCU, though, due to the then-legal agreement with Fox preventing Marvel from using or mentioning the mutants in any way, her mutant origin was changed so that the Mind Stone gave Wanda and her brother, Pietro, their powers. However, WandaVision provides Marvel with an opportunity to dive deeper into her backstory, and perhaps even retcon the real source of Scarlet Witch’s Hydra powers by finally making her into a mutant.

It’s possible that by the end of this episode, Marvel had already introduced mutants. The surprise ending twist saw Evan Peters’ Quicksilver show up at Wanda’s door. Aaron Taylor-Johnson’s version of Pietro Maximoff got his powers the same way that Wanda did, but if Evan Peters is indeed playing the same incarnation of the character that he did in Fox’s X-Men movies, that would make him the MCU’s first mutant hero. Going in this direction could also make the X-Men franchise canon, but as a separate universe from the MCU in a larger multiverse, not unlike what Marvel is apparently doing with Spider-Man 3. More answers about him and whether or not mutants are about to become a part of the MCU Phase 4 could come in WandaVision’s next episode.