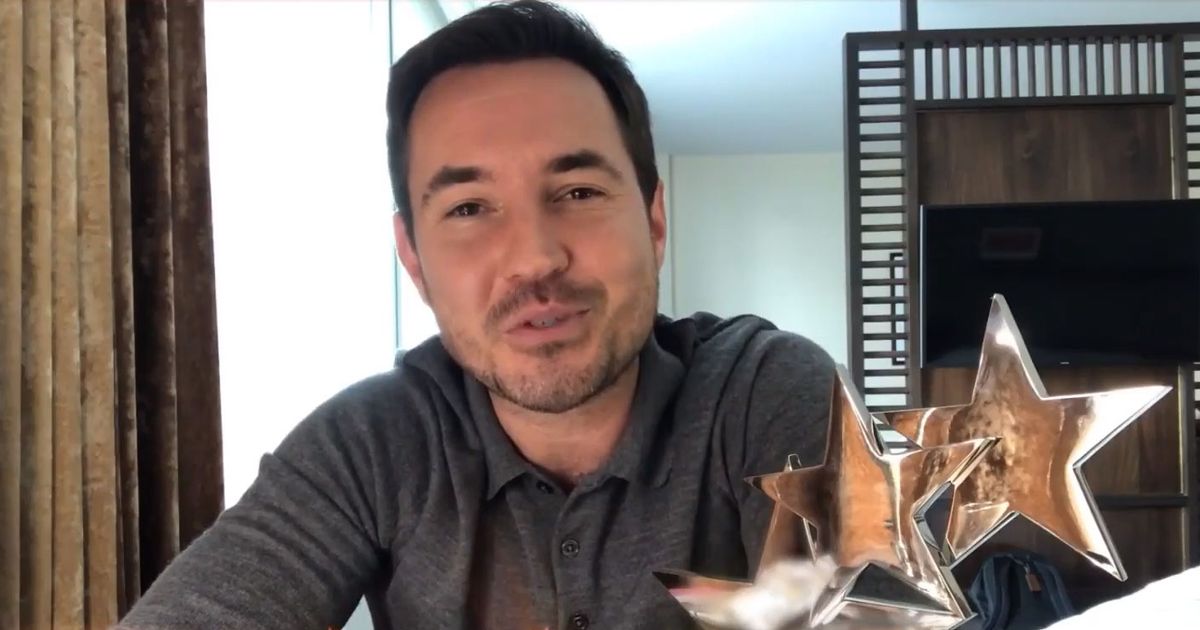 Host Rob Beckett, delivered the awards to the respective winners during the virtual ceremony as Line of Duty triumphed in three categories

The winners of the 2021 TV Choice Awards have finally been announced.

The popular awards, which celebrated it’s 25 th anniversary this year, honoured the nation’s favourite TV shows and stars, voted purely by an audience of 600,000+ TV fans.

Host Rob Beckett, delivered the awards to the respective winners during the virtual ceremony as Line of Duty triumphed in three categories.

Back in June, the nominees were revealed with the cast of Line of Duty given a nod for their outstanding performances in the critically-acclaimed BBC One police drama.

Vicky McClure was recognised and was given the nod for best actress, while the remaining two from AC-12, Martin Compston and Adrian Dunbar went head-to head for the best actor gong.

Line of Duty championed the 2021 awards
(

Accepting their respective awards, the Line of Duty duo gushed over their supportive fans as they insisted the show would be nothing without them.

“I want to thank the readers. It’s a real honour and if it wasn’t for the fans, there wouldn’t be a show. It’s really a beautiful family to be a part of,” Vicki gushed.

Meanwhile, Martin – who beat his co-star Adrian Dunbar in the category – shared: “This has put a massive smile on my face. I’m chuffed to bits. I want to thank my fellow nominee Adrian Dunbar and my lovely wife for always holding the fort while I’m off playing cops and robbers.”

“And to the fan – you’re support never fails to amaze me.”

The critically acclaimed series, which picked up a win for Best Drama in 2019, kept 12.8 million of us glued to our screens for the big reveal of ‘H’, making it the UK’s most-watched drama series of the century so far.

The show’s creator Jed Mercurio commented: “Everyone involved in Line Of Duty is absolutely thrilled to be recognised in this way by the viewers and readers of TVChoice, it means an enormous amount to us and we couldn’t be more grateful.”

The raunchy period drama proved to be a huge hit with viewers and the streaming giant confirmed three further instalments had been commissioned.

It’s the streaming site’s biggest series ever – with a record 82 million households tuning in to see Lady Whistledown revealed.

Accepting the award on behalf of her Bridgerton family, actress Nicola Coughlan insisted that the win meant the world.

Nicola Coughlan accepted the award on behalf of the show
(

“This means so much to us all. Thank you for your endless support,” the Irish actress gushed during the virtual ceremony.

It was seven wins in a row – and eight in total – for Call The Midwife which tops the Best Family Drama category once again.

The popular period drama about the nuns and midwives of Poplar’s Nonnatus House continues to delight viewers.

And after Coronation Street celebrated its 60th anniversary in December, the cast celebrated tonight as it was named Best Soap – beating Emmerdale and EastEnders to the poll.

ITV’s long-running series also topped the poll when it came to Best Soap Actor as David Neilson who first stepped foot on the famous Coronation Street cobbles as Roy Cropper in 1995 was crowned winner.

In terms of reality TV gems, it was an incredible 16th Best Reality Show win for ITV’s I’m A Celebrity… Get Me Out of Here!

Hosts Ant and Dec thanked fans for their support after the show’s producers were forced to turn the format upside down amid the pandemic.

Instead of the famous Australian jungle, camp-mates bedded down in Gwrych Castle in north Wales.

Elsewhere, Gogglebox triumphed in the Best Entertainment Show category marking the fourth time that Channel 4 have scooped the gong.

Fronted by Holly Willoughby and Phillip Schofield – it once again beat its rivals which, this year, included The Chase, Loose Women and Pointless/Pointless Celebrities.

And it was a first win for James Martin and his ITV show in which he’s joined by celebrity guests, as he provides food inspiration and handy hints for viewers.