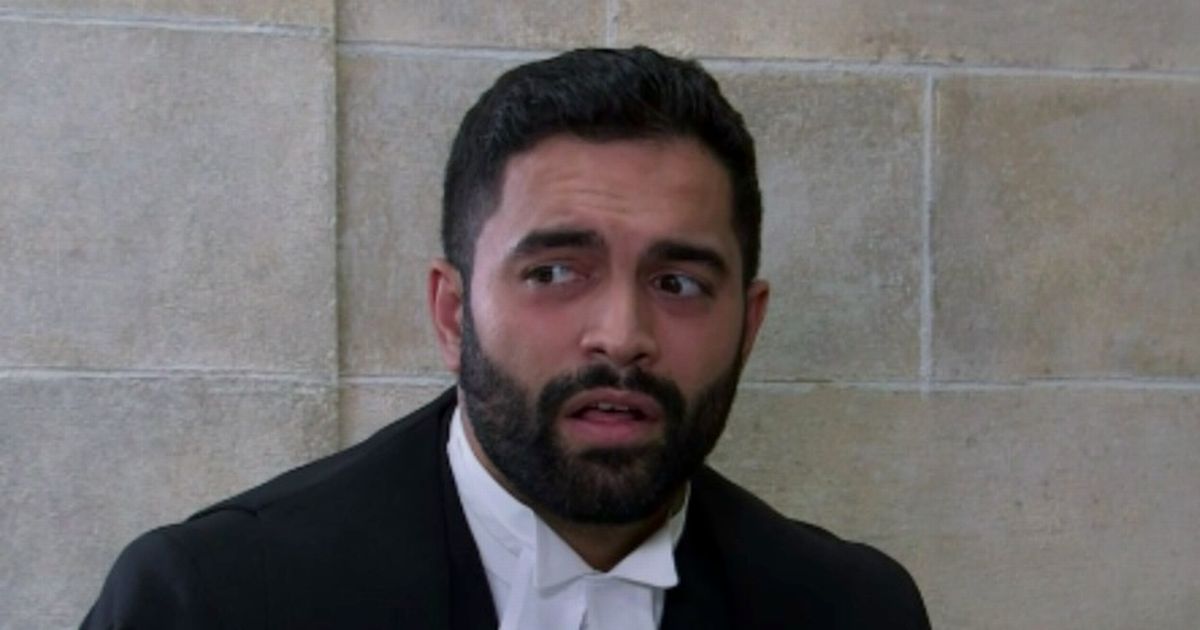 Fans of Coronation Street think they have spotted a vital clue that shows Corey is getting sent down.

Viewers have predicted that Imran Habeeb (Charlie de Melo) is set to send Corey Brent (Maximum Evans) down following a key discussion the accused had with his dad.

Imran is frantically trying to get Corey sent down at Seb Franklin’s murder trial after the handyman was brutally attacked by Corey’s gang.

But as Corey attempted to pin the murder on Kelly Neelan through his crocodile tears, viewers were certain they’ve spotted something at the trial that shows Corey will indeed face punishment.

On Monday night’s show, Kelly took to the stand to deliver her account of Seb’s murder and confirm that Corey killed Seb despite her pleas for him to stop.

Her mum Laura then gave her own testimony to defend her daughter and describe what a good person she is.

Corrie fans predict Imran is going to get Corey sent down
(

And gripped fans watched on as Imran overheard Corey’s potentially crucial talk with his father.

His lawyer was heard telling her client that if he did get a statement changed in exchange for a job then he better have covered his tracks.

Corey’s dad labels him a “stupid boy” and slams him, saying that Kelly’s defence team are all over the potential angle.

His dad then says: “I have moved heaven and earth for you, son. Don’t make me regret it.”

As Stefan scurries through the door, an intrigued Imran glances a smile in his direction.

And viewers believe that this scene is crucial in what is about to come next and made their bold predictions known on Twitter.

One fan wrote: “The power is in Imran’s hands now. He needs to do his thing and send Corey down #Corrie”

Another penned: “Oh, Imran. You have to nail that cocky little sod Corey, his cocky dad AND your cocky ex wife with that info now #Corrie”

Imran overheard an interesting conversation between Corey and his dad
(

“Hopefully Imran will send down Corey after what he’s just heard #Corrie,” wrote a third.

And a fourth commented: “Imran they’ve literally presented you with a gift, don’t f*** it up. #Corrie #CoronationStreet

The case is set to rumble on this week as both Abi and Imran fight to prove Kelly is not Seb’s killer and see Corey punished, while Kevin Webster is worried that Abi is going to cause issues by investigating if Corey’s dad Stefan bribed a witness.