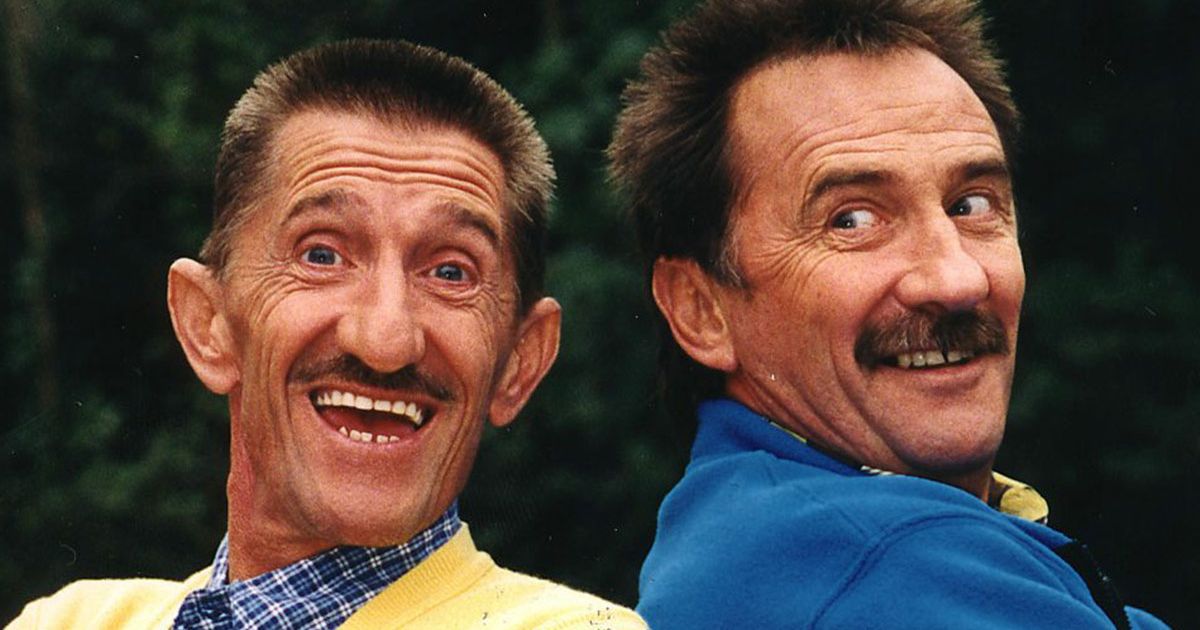 The iconic ChuckleVision theme tune with the Chuckle Brothers

ChuckleVision fans could soon see a return of the iconic Chuckle Brothers to screens in the form of an animated series.

Slapstick duo the Chuckle Brothers – real names Barry and Paul Elliott – entertained many with BBC children’s programme ChuckleVision, which ran from 1987 to 2009.

Children’s TV producers are now reportedly in talks with broadcasters, including the BBC, to make 26 animated comeback episodes.

A number of the original script writers for the show, with the brothers’ infamous catchphrase “To me, to you”, are said to be involved in the project.

Paul, 74, whose brother Barry died aged 73 in 2018, will reportedly voice his own character, while an actor will play Barry.

He told The Sun : “I have missed Barry terribly. Now it will be like working with him again. I can’t wait to be able to say ‘To me, to you’ again.”

Kevin Neale of producers Kidation said: “The brand is so well known you don’t need a pilot. We’re in talks with the BBC.”

A number of the original script writers for the show are said to be involved in the project.
(

“With the sad passing of Barry, fans asked if there could be a way of seeing a version of ChuckleVision,” he said at the time.

“The only possible way would be a cartoon. As such, if anyone had a little spare money, we’re trying to fund a short cartoon pilot.”

Paul wanted to entice people to hand over cash by promising that anyone who donates £2,500 would be rewarded with a character named after them in the animation and given the opportunity to voice the character.

A statement on the web page explained that the series would be called Chucklesworld and how the money raised is to commission a special pilot episode.

The message read: “CHUCKLESWORLD – THE CHUCKLE BROTHERS ARE BACK!

“Loved by generations for their countless TV adventures and brilliant theatre shows, the Chuckle Brothers are to return to our screens in ChucklesWorld, a new and hilarious animated series on mainstream television.

“That is really good news for those who grew up laughing at the family-friendly antics of Paul and Barry (as well as our parents and grandparents who loved them too!).

“The infectious hilarity of The Chuckles will live again in this series of brand new adventures but – almost certainly – with the same crazy results.

“I have missed Barry terribly. Now it will be like working with him again”
(

“Paul Chuckle is masterminding – if that’s what you can call it – the return of the Chuckles back to our screens in “ChucklesWorld” but you too can be a part of it.

“An advisor suggested that it would be a great idea to “involve as many people as possible, to get them fired up, interested and “get the word out there” about ChucklesWorld.

“So – why not set-up a CrowdFunding scheme with some unique and very special rewards and tie it into a social media and PR campaign to make Chuckles fans feel really involved?”

“The money raised will be used to commission a special “first edition” ChucklesWorld animated pilot episode, with both new and original material for Chuckles fans.”