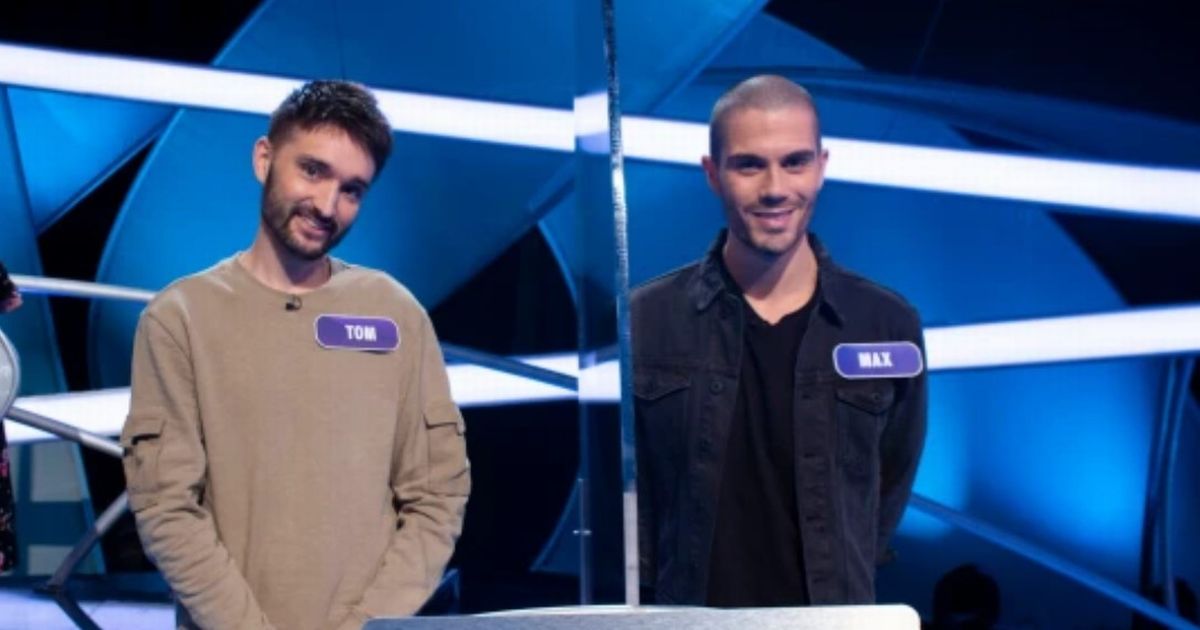 Tom Parker’s fans were left in tears as the BBC aired his Pointless Celebrities special with The Wanted bandmate Max George on Saturday night, after his tragic death

A special episode of Pointless Celebrities which saw Tom Parker try to raise money for cancer charities left viewers in tears on Saturday night, as it aired on the BBC just three days after his tragic death.

Tom passed away aged 33 on Wednesday after a brave nearly two-year battle with brain cancer and filmed the episode with his The Wanted bandmate Max George last year.

Heartbroken fans were left in floods of tears as they watched the singer and Max, 33, go on to win a £2,500 jackpot with the pair donated to the Brain Tumour Charity and Brain Research UK on the show after they made it to the final round.

One viewer said on Twitter : “Watching #PointlessCelebrities with tears running down my face. […] Tom and Max working for brain cancer charities is heartbreaking.”

Another had commented after the final round: “Just burst into tears when he and Max won the jackpot. Seeing Tom so full of joy was both beautiful and heartbreaking.”

“So happy they won the jackpot. They well and truly deserved that and I thought it was a lovely tribute to bring the show forward from its original air date,” wrote a third.

He won the jackpot with bandmate Max George
(

One viewer – who had said they were “already crying” earlier in the episode – added towards the end of the show: “Burst into tears when they won. What a special moment.”

Others said that it had been a fitting tribute to the late singer, with one person tweeting earlier: “What a lovely tribute to Tom. Thank you to everyone involved with the show.”

Following the episode, his wife Kelsey Parker, 32, thanked fans on Instagram, writing: “Words can’t express how much all of your love and support means right now.”

It was announced earlier on Saturday that the episode – which had been filmed late last year and had been due to air at a later date- had been brought forward as a tribute.

The BBC had confirmed the news in a statement in which it said that the decision to air the episode early had been made with the blessing of the late singer’s family.

It said: “In a tribute to Tom Parker who sadly passed away this week, his episode of Pointless Celebrities, which was recorded late last year, was brought forward with the full support and blessing of Tom’s family.”

Tom had been diagnosed with brain cancer in 2020
(

It was recently announced that Tom had passed away on Wednesday (March 30) surrounded by family and friends, with the tragic news shared by his wife Kelsey Parker, 32.

He had been married to Kelsey since 2018, with the couple having welcomed their daughter Aurelia, now two, in 2019 and more recently their son Bodhi, now one, in 2020.