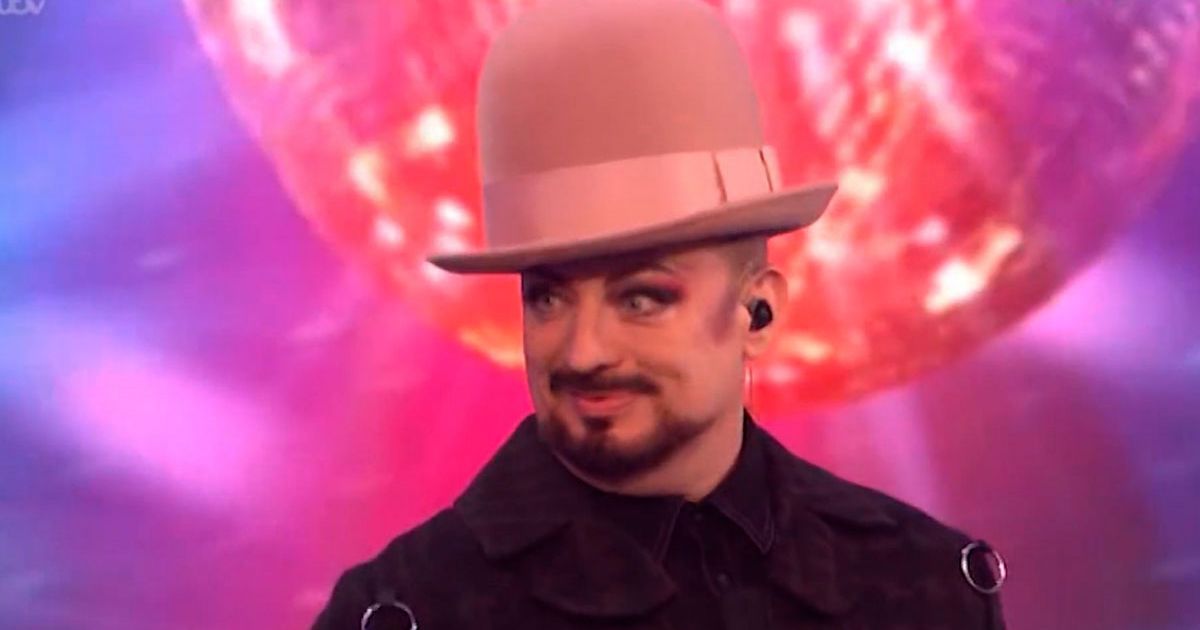 The Culture Club singer has laid down his one condition that he would do to appear on ITV’s I’m A Celebrity… Get Me Out Of Here! – much to the delight of show hosts Ant and Dec

Boy George says he’s do ‘I’m a Celebrity… Get Me Out Of Here!’ if it were vegan

The 60-year-old Culture Club singer was a guest on Ant and Dec’s Saturday Night Takeaway over the weekend when the inevitable topic of I’m A Celeb was raised.

The long-running ITV reality popularity contest is due to return to Australia this winter after two years of filming in Wales due to Covid restrictions keeping visitors out Down Under.

And while it will be several months before the cast of 2022’s season of I’m A Celeb will be revealed, Boy George hinted he might be willing to feature on the series – if only for one dietary condition.

Asked what Karma Chameleon means, Boy George quipped: “It means I’ll never have to say I’m A Celebrity Get Me Out Of Here!”

However, he then suggested there is one reason he would join the show.

He offered: “Unless you do a vegan version and then I’m in.”

I’m A Celeb has been on the air since 2002 with this years’ show due to be the 22nd season released over the past 20 years.

The series has long been targeted by animal rights groups who disapprove of live animals and insects being used during trials on the series.

Back in 2019, the show agreed to ban the use of live insects in eating trials following a backlash from animal rights activist.

A show insider told Metro at the time: “They have been planning this for some time.

“And actually last year beach worms were the only critters eaten live but this time around they’ve decided to implement the change fully and permanently.”

The 2022 series might be seven months away, but that hasn’t stopped speculation over who might be asked to jet off to Australia to take part – with Danny Dyer the bookies favourite to be a series 22 contestant.

Other big names being floated for the show include Tom Daley and Peter Crouch.

Last month, William Hill spokesperson, Tony Kenny, said: “We might still be a fair way off the show beginning, but rumours are already rife on who’ll be putting pen to paper for this year’s return to the Australian jungle for I’m A Celeb.

“We make Danny Dyer the 5/1 favourite to be a contestant, though given the likes of Peter Crouch (7/1), Mike Dean (8/1) and Matt Hancock (16/1) are all quoted, we could be in for one of the best lineups the popular show has ever seen.”

While back in February, The Sun reported Danny was to be offered “big money” to take part in the reality contest, with a source claiming: “Producers think Danny would be great on the series and is their number one target.”

Fans of Danny are eagerly awaiting what he will get up to after sensationally quitting EastEnders at the beginning of the year.