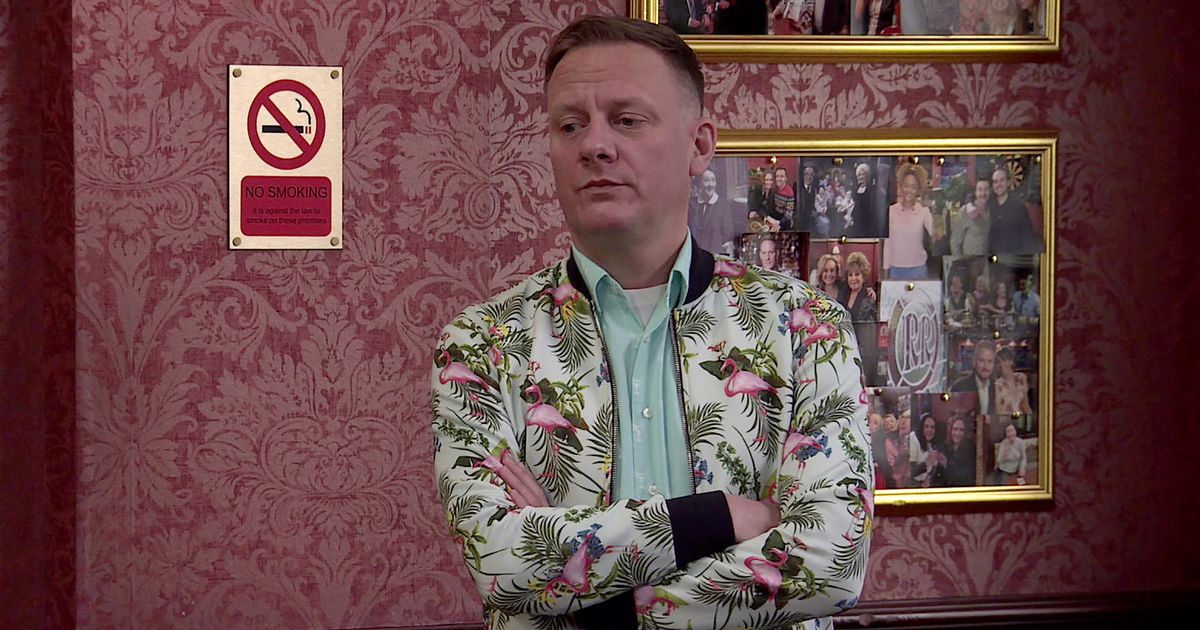 Coronation Street fans were stunned whilst watching Friday’s episode after they spotted who they thought was Sean Tully’s ‘twin brother’.

The latest instalment of the ITV soap saw Fiz Stape and her boyfriend Phill Whittaker meet up with an estate agent as she attempts to sell the house she shared with her ex Tyrone Dobbs.

Fiz and Phill are looking to purchase their own property, but need to sell Fiz and Tyrone’s home first.

The couple had been advised to lower the price but decided against the move, so called a meeting with their estate agent to discuss their thoughts.

The agent appeared overly chatty when he first sat down to talk with the couple, and began by mentioning the cafe’s interior.

“Is this a greasy spoon, or a boutique cafe with a steam punk vibe?” he asked them.

Fiz thanked him for meeting them face-to-face as the agent assured her he was “in the area” as everyone is trying to “sell up” due to the “sink holes”.

He explained that the “rest of the country is in a buying frenzy” but round here is “nada”.

Looking a bit confused, Fiz and Phill tried to move the conversation on and told him that they didn’t want to lower the price of the house.

He replied and said it was “awkward” because Fiz’s ex Tyrone had okayed the price drop” so he had “changed it online straight away”.

However, Corrie viewers were more interested in the estate agent’s appearance as opposed to what he had to say.

Comparing him to Sean Tully, one person asked: “Who’s this Poundland Sean?”

Another person tweeted: “This is Sean if he was more bearable.”

And a third person posted: “Sean’s ‘brother’ is so much more likeable than the real Sean. Love him already.”

Another viewer asked: “Is this Sean’s twin? #Corrie,” while someone else added: “This fella talking to fiz and phill looks like Sean’s twin #Corrie @antonycotton

A different viewer joked: “#Corrie one Sean is quite enough… We don’t need his twin.”

The actor playing the estate agent is thought to be Marvyn Dickinson, who has no relation to actor Anthony Cotton in real life.