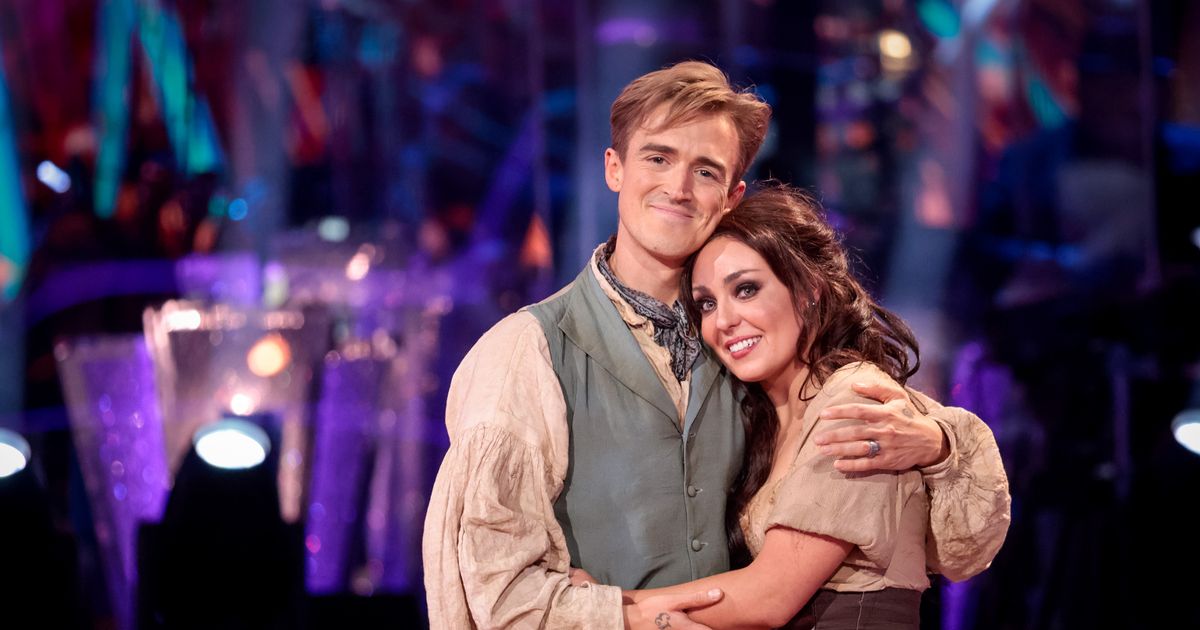 The fact that Strictly Come Dancing pre-records their Sunday night show has caused confusion yet again, with some fans thinking they’d spotted a sign Tom Fletcher’s exit was rigged

Strictly: Tom Fletcher is eliminated from the competition

The McFly singer, 36, and partner Amy Dowden were the latest stars to depart from the BBC series over the weekend, after a dance-off with Rhys Stephenson and Nancy Xu.

The result prompted a backlash from some viewers who felt that Tom and Amy – who had performed to On My Own from Les Misérables – shouldn’t have been in the bottom.

Tom didn’t have much time to dwell on the decision, as he was on stage with his McFly bandmates just hours after the news of his Strictly exit became public knowledge.

The dad-of-three performed alongside Danny Jones, Dougie Poynter and Harry Judd at the 02 on Sunday night, for a special one-off concert.

The timing of the gig caused some fans to become confused about how Tom knew he would be available for the show – not realising that Sunday night’s Strictly show is pre-recorded on Saturday night.

Sharing the concert details on Twitter, one viewer wrote: “Tom is actually in the #02 tonight, it was staged for him to leave tonight.”

Another misinformed fan mused: “Love that my friend has just posted on fb that she’s at the O2 waiting for McFly… Hmm but Tom Fletcher is at the Strictly results!”

The fact that the BBC show is pre-recorded has caused some controversy over recent weeks.

Not only do many Strictly viewers not realise Sunday night’s show isn’t live, the results of the dance-off are often leaked online prior to Sunday’s show airing.

The McFly star rocked out at The 02 Arena
(

Shortly after his exit from the ballroom dancing series, Tom issued a lengthy statement online in admitted that whilst he is “gutted” by the result, he is “amazed” that he even made that far in the competition.

Sharing rehearsal clips, he wrote on Instagram : “Well, today is a strange day. Instead of heading to the training room to learn a new dance with [Amy]. I’m sitting at home opening all the post I’ve been avoiding for 11 weeks.”

He continued: “I am, of course absolutely gutted to have been voted off [Strictly] but the competition is so high this year that I’m amazed and proud that I got as far as I did!”

The star – who is married to former I’m a Celebrity…Get Me Out of Here winner! Giovanna Flethcer – confessed that departing after Musicals Week “meant something” to him.

“The truth is though, that as much as I’ll miss the excitement of the live show on a Saturday night, the thing I’ll miss the most is simply hanging out with Amy every day,” he continued.

“We have had so much fun and after 11 weeks of dancing with her every day it feels very strange to be sitting in a quiet, empty house today!

“But I know that the only reason it’s sad and a little difficult today is because I’ve had such a good time and I’m really thankful for that.”