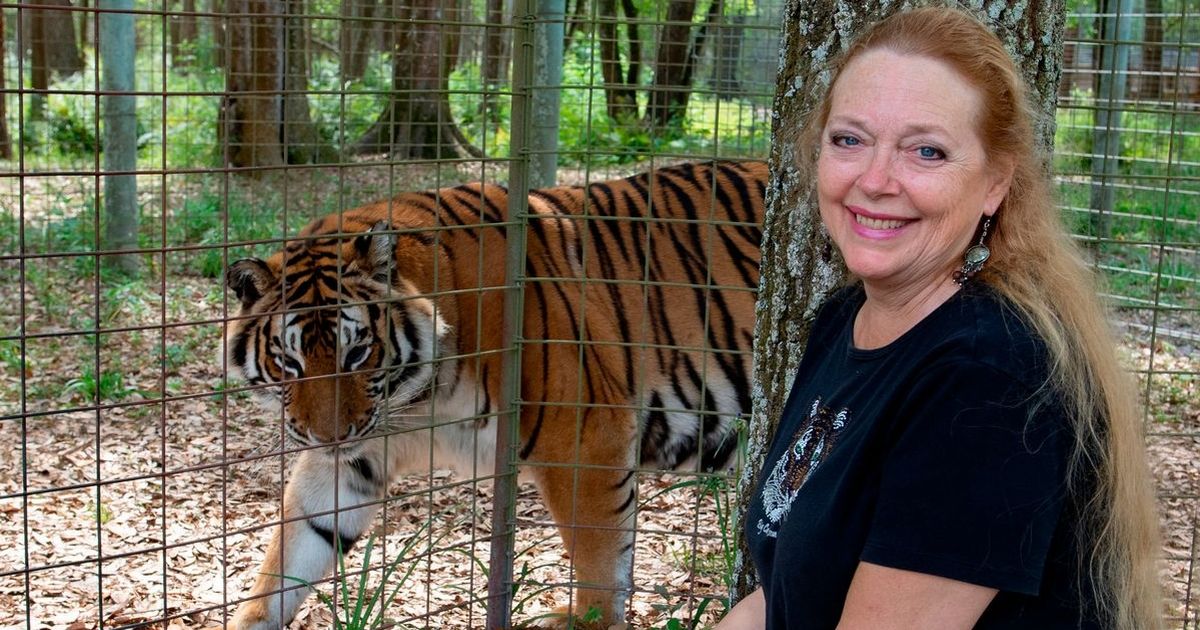 Carole Baskin and her husband Howard say they have not agreed to footage of them being shown on the new series of Tiger King, which is scheduled for release on November 17

Tiger King’s Carole Baskin and her husband Howard have filed a motion in Federal Court to stop Netflix airing the latest series of the show.

According to documents obtained by the Mirror, the couple have asked for a temporary restraining order against Netflix and Royal Goode Productions, the producers of Netflix, from showing Tiger King Season 2.

The pair believe that they were not portrayed fairly in original series and Howard said in a statement the he felt the show was “devoid of ethics, integrity, and any concern for the welfare of big cats”.

They claim they both made it very clear that they didn’t want any involvement in the second season and allege that Royal Goode Productions has breached contract by continuing to use footage of her and her husband in the second series as they only signed appearance release forms for the first documentary.

Carole Baskin wants footage of her removed from Tiger King 2
(

According to the documents, the Baskins are demanding that all footage of them from Tiger King 2 is removed.

Howard continued: “When Netflix released its Official Tiger King 2 Trailer last week, we were shocked to see that we were going to be a central theme of the sequel and they were using the film footage again without our permission.

“While we cannot stop Netflix and Royal Goode Productions from producing low-brow, salacious and sensational programming, we do believe that we have the right to control footage filmed of us under false pretenses.”

Carole also told the Mirror last month that she had hoped they wouldn’t be involved in season two as she had refused producers permission to use footage of her.

She said at the time: “They don’t have any of my permission to use any of the footage they shot in the original filming for this Tiger King 2, so I’m hoping not to see any footage of me in Tiger King 2 because of that fact.

“When we signed the release form it was for a documentary, I don’t think what they did was a documentary. I think it was a reality show that wasn’t very real.

“But then, I don’t think that gave them carte blanche to continue trash talking me for as long as they want to keep coming up with these type of shows.”

Tiger King 2 is scheduled for release on Netflix on November 17.