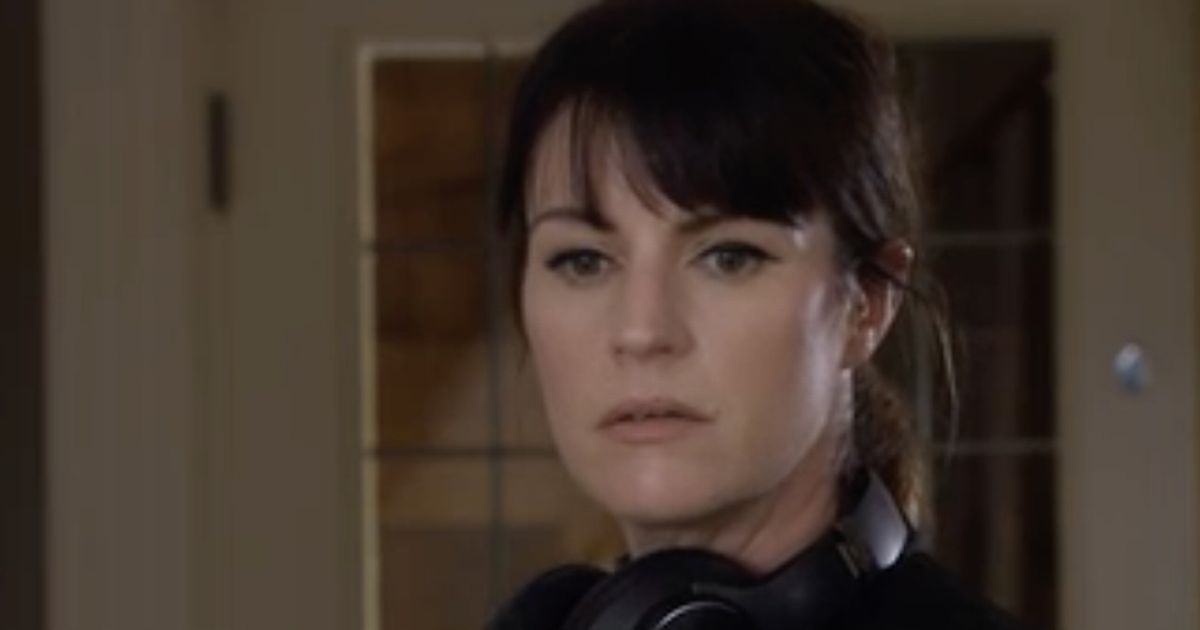 Mouthy Geordie disappeared last year after actress Laura Norton left to go on maternity leave, leaving some fans confused as to what had happened to her.

The mouthy Geordie disappeared last year after actress Laura Norton left to go on maternity leave, leaving some fans confused as to what had happened to her.

Tonight, Charity and Mack broke into Chloe’s posh pad to rob the place, but were taken aback when they bumped into Kerry cleaning the home.

When Chloe returned home unexpectedly, Kerry covered for the pair while Charity asked to speak to Chloe’s mum or dad, but Chloe appeared awkward around the subject.

Once Chloe left, Kerry warned Charity and Mack to not tell anyone that they had seen her there, especially Dan and Amelia, and to stay away in the future.

Before they left, they were told to handover all of the things they had stolen.

And fans were stunned to see Kerry again after so long and flocked to comment.

While another commented: “It feels like Kerry has been gone for years #Emmerdale.”

A third wrote: “Why did Kerry leave I can’t remember #Emmerdale.”

Charity and Mack were stunned to see Kerry again
(

“I’m pleased that Kerry is back. I just hope that Frank gets justice though after his tragic death,” one commented.

It comes after it was reported in September that actor Rob Kazinsky, who played Sean from 2006 until 2009 and made a brief return in 2019, was trading Hollywood for Walford.

COP26 TV crossover: How to watch the unprecedented event featuring Eastenders and Corrie

Actress Lacey Turner recently returned from maternity leave as Stacey with prison mate Eve at her side – who it later emerged she was married to.

But Jean had a surprise of her own as she brought out Sean to try and intimidate Eve into leaving their home.

And fans were delighted to see Sean back and flocked to Twitter to comment, with one writing: “SEAN SURPRISE RETURN #EastEnders.”

While another commented: “Love that Sean is back.”

A third wrote: “#EastEnders omg #sean is back! That was kept quiet. Love it.”