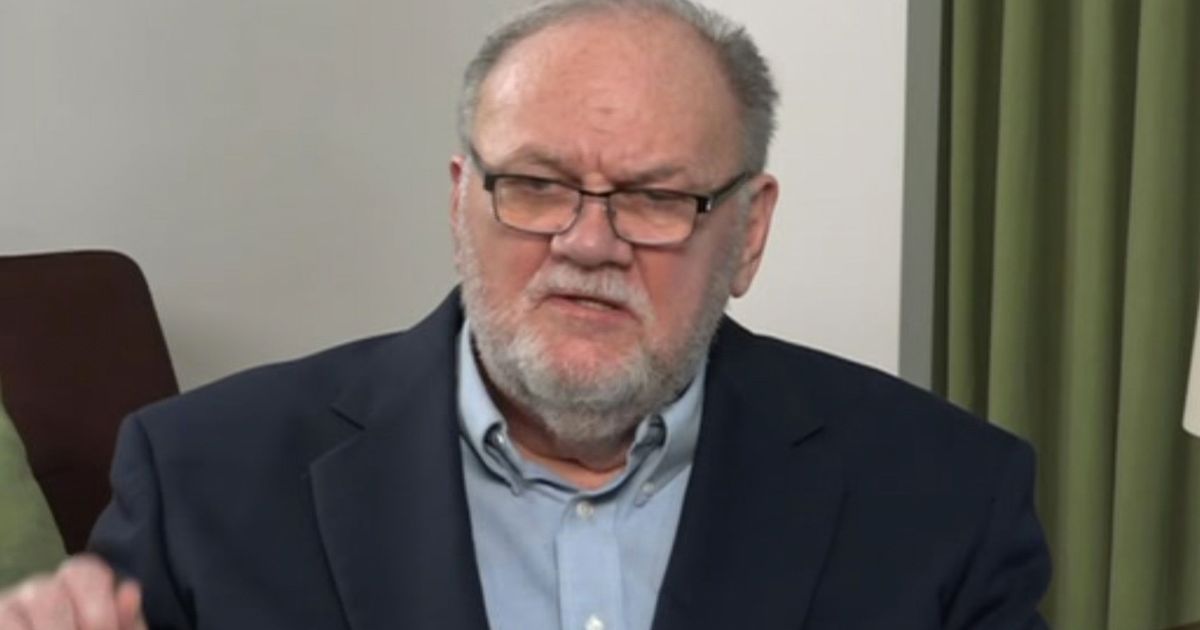 Thomas Markle had planned to take TV cameras to Windsor Castle to issue his daughter Meghan Markle with an ultimatum during his UK trip before his health scare, a friend has revealed

Thomas Markle had planned to issue his daughter Meghan Markle with an ultimatum during his UK trip.

The father of the Duchess of Sussex will now be unable to make it over to the UK for the Queen’s Platinum Jubilee celebrations in the coming days after he suffered a terrifying health scare.

Mr Markle was rushed to hospital in an ambulance with an oxygen mark strapped to his face after he had a suspected stroke. His other children are by his bedside, but he is also keen to see his daughter Meghan, who he hasn’t seen for a number of years.

Royal biographer Tom Bower – who is in contact with Mr Markle – appeared on ITV’s Good Morning Britain today to give hosts Susanna Reid and Richard Madeley an update on Mr Markle’s health.

Asked what his view of the current state of their relationship is, he said: “Well I’m in touch with him for my book for some time and he’s very upset and he’s very unhappy. He was a very loving father to Meghan and supported her throughout her childhood when her mother wasn’t there and paid for her student fees too and he was very upset he hasn’t been able to see his grandchildren.

“So I do think to an extent, he was coming to London to see the Queen, he was also hoping to see Meghan and see his grandchildren.”

Richard then asked how Thomas had planned on seeing them, because he would “just be one face in the crowd”.

“Well no, he was going to come to Windsor with TV cameras and he was going to issue an ultimatum that Meghan should come out of Windsor castle and see him and bring the grandchildren too,” Mr Bower added.

Mr Markle had been planning on travelling to the UK in the next few days for the Queen’s Platinum Jubilee celebrations.

Mr Markle was rushed to hospital with a suspected stroke
(

Speaking in an interview with GB News, he said he was hoping to spend time with the royals, especially Prince Charles, as he also shared how he wanted to “show his respect” for the Queen.

He said: “I’m looking forward to it. I’m going to show my respect for the Queen and I’m going to make sure the Queen understands my entire family respects the Queen and the royals and we admire them and we want them to know that is how we feel about them.”