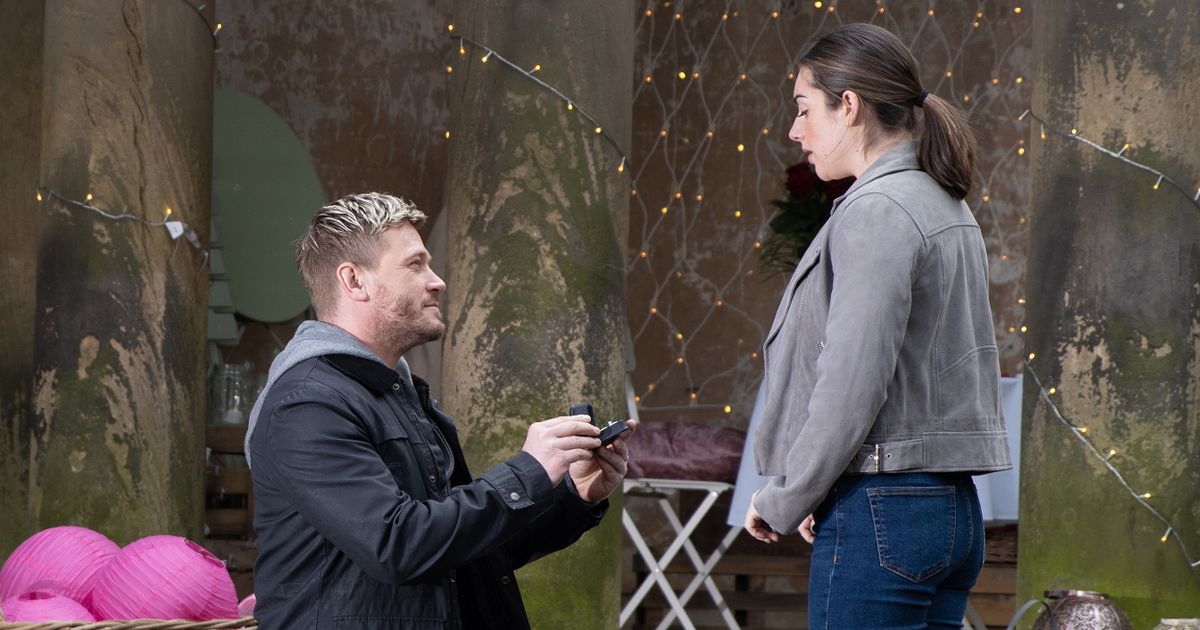 Emmerdale fans made a savage dig at David and Victoria Sugden ahead of his proposal.

David and Victoria – played by Matthew Wolfenden and Isabel Hodgins – got close several months ago when he was still dating evil serial killer Meena Jutla, who has since been sent to jail for her crimes.

The pair bonded over being single parents and they ended up kissing multiple times, before deciding it would be best if David split from Meena and pursued a relationship with Victoria.

This is what caused all the devastating events of the bridge collapse as Meena tried to drown Victoria.

David is played by Matthew Wolfenden
(

Victoria survived, but Andrea Tate was killed after seeing what happened and the camera footage of Meena’s attempt to murder Victoria was found by Ben Tucker, who was also murdered by Meena.

Following everything that happened, David and Victoria went away for some time together, and once they returned to the village, they considered leaving again as they wanted some time to themselves.

Him and Victoria have been dating for a number of months
(

Eventually, the duo decided to stay and along with the commitment to the village, David now wants to make a permanent commitment to his girlfriend and ask for her hand in marriage.

But as his proposal preparations get underway, fans of the ITV soap have been penning some savage remarks about the couple.

“Lol David is already bored with his new squeeze #Emmerdale,” one fan tuning into the soap wrote, whilst another added: “Suppose it’s about time for David to move onto the next girlfriend #Emmerdale.”

He has some romantic plans in store for Victoria
(

“God David and Victoria have been together what 8 months and he wishing for the “good old days back” #Emmerdale,” a third wrote.

There were also some hilarious comments from fans who dubbed them the “Poundland Beckhams”.