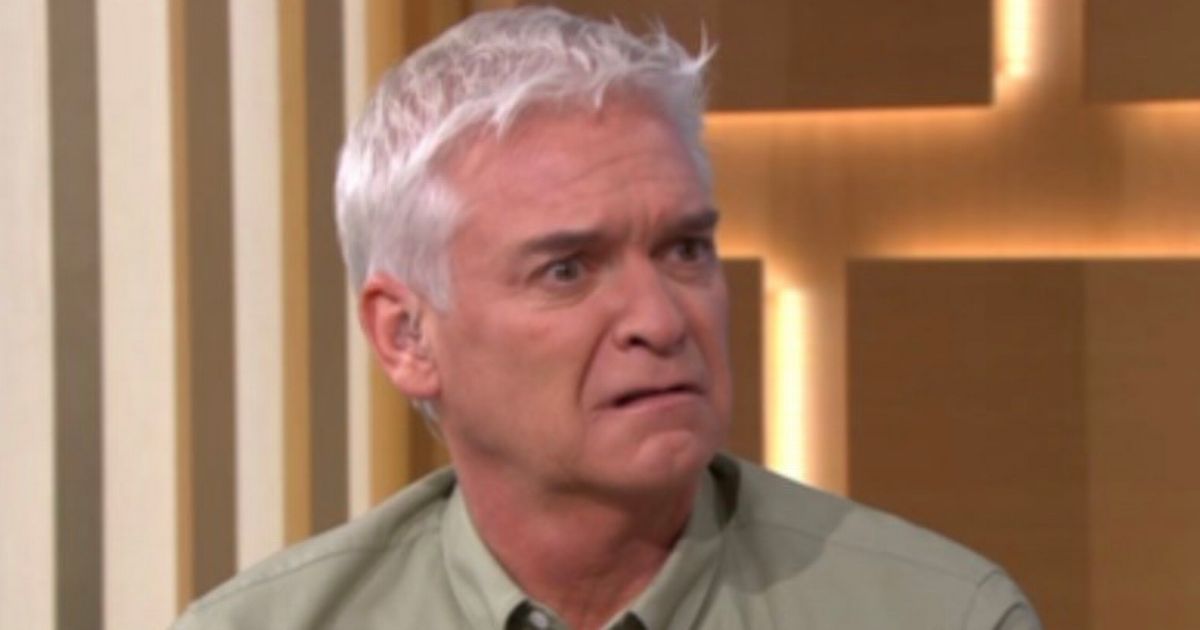 The seasoned presenter couldn’t conceal his scepticism of what the former Happy Monday’s frontman had to say during a strange segment on today’s show.

Judging by the array of hilarious faces Phillip pulled during the interview, it’s not hard to guess what he thought of Shaun’s cosmic encounters.

“We saw this thing zigzagging about,” stressed Shaun, reflecting on when he was a delivery boy before finding fame.

“When I started seeing other things, I nearly went to get things checked out because when you start hallucinating on things you could be losing your eyesight.”

The self-proclaimed former party animal even joked the extraterrestrial experience was “long before my encounters with hallucinogenics”.

Shaun Ryder revealed his alien encounters on This Morning

Fellow This Morning Holly Willoughby smiled broadly during the strange interview, but Phillip was visibly baffled by some of Shaun’s tales.

Shaun, 59, went on to explain he had a second alien sighting, which occurred when he was making a UFO documentary.

The singer-songwriter was initially convinced the production crew were playing a trick on him.

But he stressed: “I looked out in my back garden and over my apple tree was this big plastic air fix looking wobbly thing that looked like it was hanging in the air on strings because it was moving.

“The way you describe it sounds like the Del Boy of aliens, some ramshackle air fix thing around a tree,” remarked Phillip.

“How did that get from the far-flung corners of the universe?”

“To me it looked like it was made out of plastic,” Shaun replied.

However, fans of the show were equally baffled by the weird alien chat and took to social media to voice their opinions.

“Shaun Ryder talking about aliens existing is one of the most believable things I’ve seen from the media in the past eight months #ThisMorning,” joked one presumably sarcastic fan on Twitter.

Another joked: “Shaun Ryder is the guest expert we never knew we needed.”

A third rejoiced: “This is TV gold. A phone in about UFO’s and Aliens with Shaun Ryder. Couldn’t make this up.”

The Daily Star recently appointed what it described as the world’s first dedicated extraterrestrial affairs correspondent.

Shaun and magician Uri Geller have been happy to speak about their alien encounters.