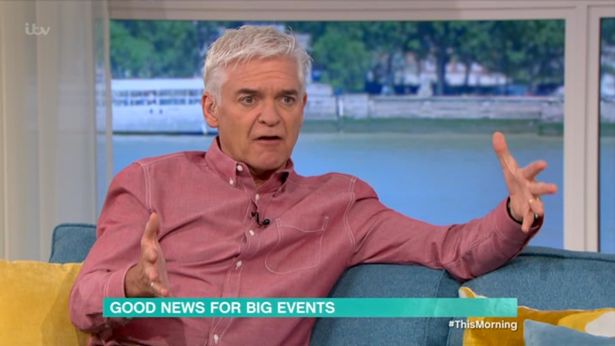 This Morning host Phillip Schofield said he is at breaking point over Covid restrictions after “freedom day” was pushed back another four weeks, to July 19th.

Speaking alongside co host Holly Willoughby and guests Nick Ferrari and Nicola Thorpe, Phillip, 59, admitted he is losing faith in the government.

“Holly was saying it’s like being a 16-year-old and having parents who seem overly strict for no good reason, and who are rather inconsistent.”

Holly said: “If this whole thing was the experiment, they did all these events to get the data – they have got the data now, can’t they act on it?

“There will be people watching this, the theatre industry, nightclubs, you now know that it’s okay!”

Phil said: “The government could lose the people on this, we have been very compliant.

“As a show, we have been very strident, in our view we should be very compliant, all the way through, and then as you begin to move out of it with everybody else, you feel the way everyone else does.”

“And I am not prepared to do this for much longer. “