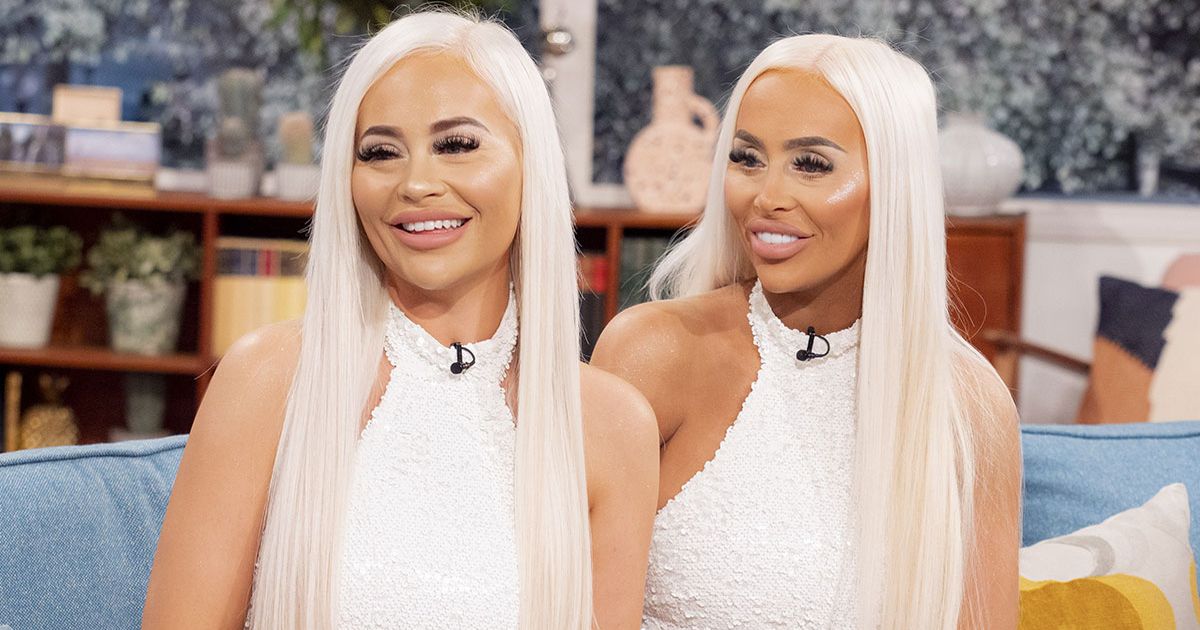 This Morning viewers were shocked to learn a pair of twins had spent £140,000 on surgery in an effort to make themselves look more identical – including splashing cash on breast and vaginal surgeries.

The 25-year-old sisters named Daisy and Dolly joined Holly Willoughby and Phillip Schofield on the sofa on Monday morning where they discussed how they had gone under the knife to look more alike and to tackle their shared insecurities.

The duo – who are said to earn £10,000 a month selling content on explicit photo and video sharing site OnlyFans – said they prompted to get surgery after being bullied at school.

The sisters first started experimenting with cosmetic procedures when they were 18-years-old when they got lip fillers – starting them on a path to receive more invasive procedures and surgeries.

Sisters Daisy and Dolly have splashed £140,000 on surgery to look more alike
(

The siblings have had work on their lips, noses, breasts and vaginas
(

Speaking to Holly, Dolly said: “When we go to the surgeon we do try and ask for the same look and get same result.”

Discussing the lip fillers they had, Daisy said: “Straight away we liked the way our lips looked when they are fuller. We did think what else can we get next.”

Holly continued to press the ladies on the other surgeries they had experienced, revealing the pair had undergone breast enhancement surgery on the same day.

Holly continued: “And also other areas of your body as well? Designer vagina – which I know is a term that is kind of thrown out there. People will know what we’re talking about.”

Phil then interrupted to declare the correct name for the procedure as “labiaplasty” – the term for having surgery to reduce the size of skin and tissue on either side of the labia.

Daisy then explained that Dolly has already undergone the intimate procedure, but she herself has not as her surgery plans have been frustrated by the ongoing Covid pandemic making it impossible to be booked in for the procedure so far.

The ladies then declared they didn’t exactly need to “look alike”, with Daisy adding: “It’s just we both had that insecurity, I think.”

This Morning viewers expressed sadness over the twins’ decision to go under the knife in pursuit of their vision of beauty.

One viewer tweeted: “Those twins were so pretty and gorgeous before the surgery.”

Viewers were shocked by the twins’ surgery story
(

Another wrote: “The twins on @thismorning have totally ruined themselves! They were so beautiful before all their surgeries! WHY do surgeons allow people to go too far?”

While many TV fans tuning in to Monday’s show felt that the sisters had failed to make themselves look more identical, despite the huge amount of money they had spent on themselves.

One wrote: “Twins spent £140k to look identical, but don’t look identical. the doctors who are doing these procedures are a disgrace and clearly only thinking about the money and not the mental health of these girls.”