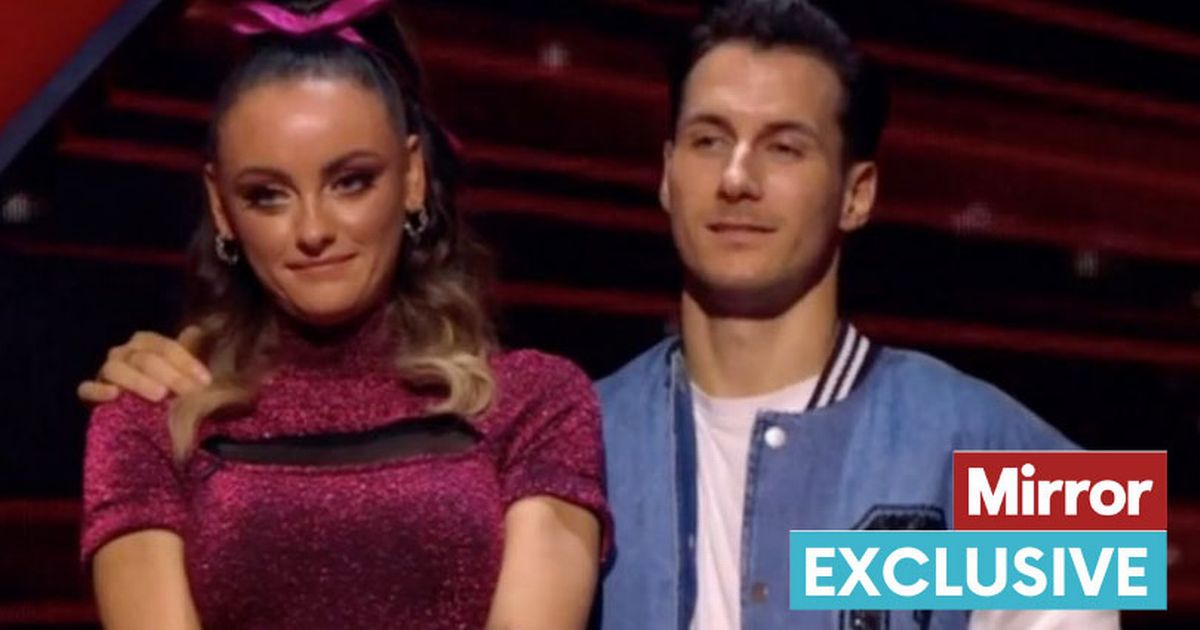 But body language expert and author Judi James has exposed how they really feel about each other.

The couple wowed fans with their jive on Saturday night, but some suggested that things weren’t quite right between them.

Fans of the show took to social media to theorise that there was tension between Gorka and Katie, who now stars as Becky in Hollyoaks.

And some felt that it could have been caused by Katie’s busy schedule keeping her from training, something Strictly denied.

Gorka had hinted at his frustration, telling Katie at one point: “If you achieve what you did with no experience and no hours to train can’t wait to see the rest!”

One fan posted on Twitter : “Gorka looked really annoyed and Katie was barely clapping. I thought they seemed a bit off with each other last week but this week it was really obvious.”

And another suggested: “Gorka and Katie DO NOT like each other.”

But expert Judi believes Gorka is being protective of Katie, but that he won’t be willing to take any criticism if it all goes wrong.

The pair performed a jive on Saturday
(

She told the Mirror: “When Katie and Gorka speak they sound as keen and supportive as any other couple on the show but as they stood silently waiting to hear they were in the dance-off their body language looked pretty fatalistic as though they were expecting the worst, with Katie standing in what looked like a self-protective pose while Gorka produced a poker face beside her.

“It’s traditional for the couples to pose with anxious or nervous-looking faces to raise the tension at this point in the show but both Katie and Gorka looked rather unhappy.

“He seemed to pull his arms to his sides and lean away slightly, only placing one arm round her shoulders once the countdown started. His lips pulled into a thin smile of what looked like resignation.

They survived the dance off on Sunday
(

“Katie stood with one arm round her waist in a barrier gesture and her lips puckered and pulled to one side as though expecting to hear their names called for the dance-off.

“When they stood in front of the judges, Gorka did produce some reassurance gestures, rubbing and squeezing her arm as though trying to motivate and comfort her but they probably used less eye contact than some of the other dance couples and Gorka often looked more as though he was standing to attention with one arm behind his back.”

She added: “It’s rumoured that Katie has a busy schedule and this could mean she has less rehearsal time than some of the other competitors. If this is true it could be that Gorka is keen to suggest it’s not his fault if she hasn’t reached the kind of potential she obviously has.

“The judges sound as though they think she has lots of potential but her body language suggests she might need a confidence re-boot after this week’s knock-back.”

Katie and Gorka survived the dance off with Nina Wadia and Neil Jones on Sunday’s show.

* Strictly Come Dancing airs Saturdays and Sundays on BBC One