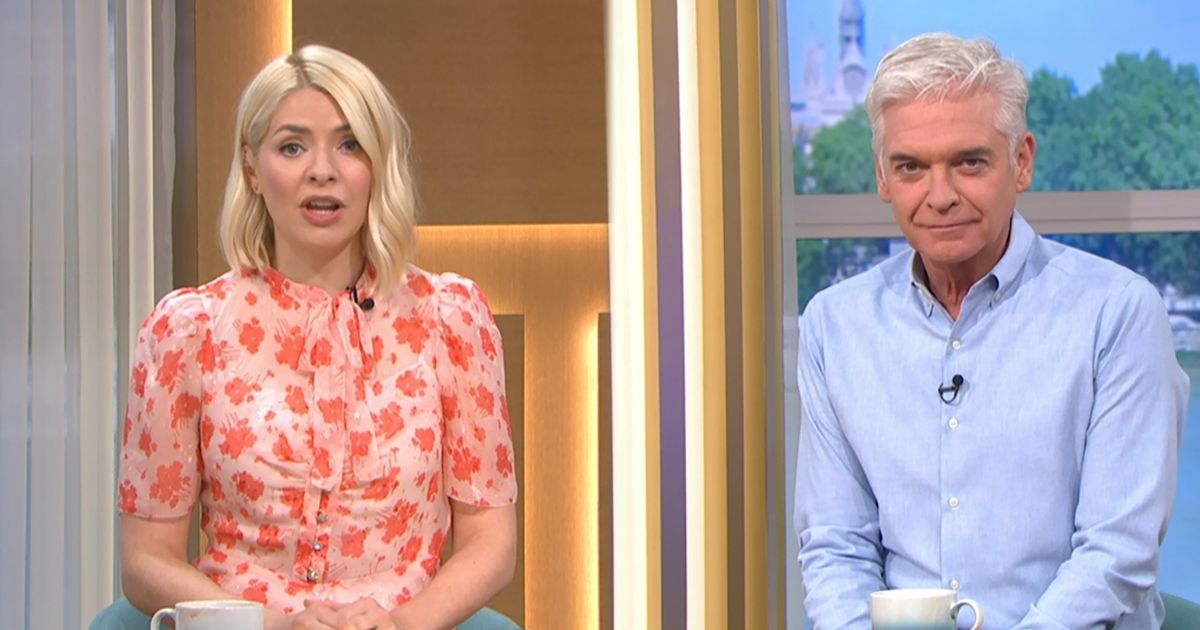 This Morning: Phillip gifts Holly a part of the moon for her birthday

This Morning is set for yet another shake-up next week.

Hosts Holly Willoughby and Phillip Schofield only returned to the ITV show this week after Phil, 59, was holed up at home after testing positive for Covid-19, and Holly enjoyed a tropical getaway.

Despite the fact that the pair have only been back to their hosting duties for a number of days, the pair have confirmed that they will be taking another break next week for half-term.

Various guest presenters have stepped in to fill their shoes amid their recent absences, including Rochelle Humes, Dermot O’Leary, Alison Hammond, Vernon Kay and Josie Gibson.

And ITV bosses have now confirmed that This Morning will be hosted by Dermot and Alison once again next week as Phil and Holly enjoy their half-term break in peace.

This Morning is set for yet another shake-up next week
(

“Next week’s This Morning will be hosted by Alison and Dermot for half term as Phil and Holly take their usual break,” a spokesperson told Echo on Friday.

Following the confirmation that Holly and Phil will be once again absent from the show, unimpressed fans took to Twitter to share their thoughts.

“I’m freaking out a bit. Why are Holly and Phil never on This Morning anymore? Are they trying to tell us they are quitting,” one viewer complained.

“Ugh! Holly and Phillip might as well just not come back at this point,” another fumed.

Holly and Phil will be once again absent from the show
(

Phil was away from This Morning while he battled Covid

“Alison and Dermot are going to be permanent presenters at this stage,” someone else raged.

The revelation comes after Holly was left in disbelief on Thursday morning over her birthday gifts on This Morning.

The telly host celebrated her 41st birthday on the ITV show with the help of her pal and co-host Phillip.

Upon his return to the ITV show, Phil had quite the surprise or two in store for Holly, leaving her speechless and shouting: “I can’t believe it.”

Holly and Phil will be absent for half-term
(

First off, he opened the show making it clear her big day wasn’t going to be ignored, as he wished her a happy birthday.

He then confirmed he had a special treat for her, with a bespoke cocktail being made in her honour, and named after her.

Holly and Phil then had to make ‘The Willoughby’ with the help of a cocktail mixologist, and it didn’t go too well at first.