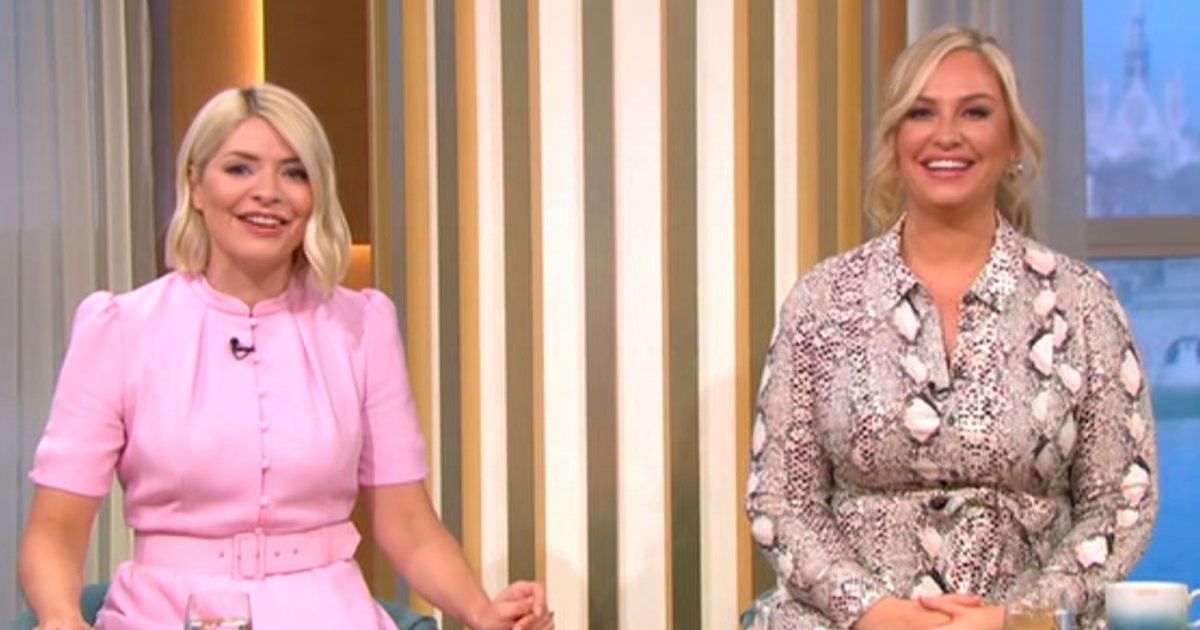 This Morning’s Holly Willoughby returned to the ITV daytime show to present alongside Josie Gibson, joking the ‘blondes were taking over’ as Josie fills in for Phillip Schofield who has Covid. Fans have called for them to be made permanent hosts

This Morning: It’s a ‘blonde takeover’ as Holly and Josie present

This Morning fans have called for Holly Willoughby and Josie Gibson to host the ITV show permanently – as she fills in for Covid stricken Phillip Schofield.

Holly made her return to the ITV daytime show this morning, presenting alongside Josie Gibson as she fills in for Phillip, who is currently isolating at home after testing positive for Covid.

The new presenting duo joked the “blondes were taking over” as they opened the show this morning, and now viewers are calling for the two women to be made a permanent presenting duo.

Opening the show today, Holly said: “Hello, good morning and welcome to your Thursday’s this morning.”

Holly returned to the ITV show this morning
(

Turning to Holly, Josie replied: “Good morning! This is so nice. Welcome back because you’ve been away.”

“I’ve been away but it’s lovely to see you, I feel like the blondes have taken over TV for the day. Who left us in charge?” Holly joked as her and Josie took charge of the ITV show.

A second added: “Absolutely loving the @HollyWills and @JosiesTweet pairing on today’s @ThisMorning already, should have this on Sunday’s @DancingOnIce while @Schofe is currently isolating.”

“Love Josie as a presenter. Definitely holds her own. Holly watch out! #ThisMorning,” a third penned.

However, others were missing Phillip and called for his return as soon as he’s better.

“It’s nice to see @hollywills back on #ThisMorning ! It’s just a shame @Schofe isn’t there too #ThursdayMorning,” one wrote.

Phillip Schofield is isolating at home after testing positive for Covid

Phillip has been unable to make it on the show since Tuesday after testing positive for the virus, but he did call into the show on Tuesday morning to insist he was doing well.

It didn’t stop Alison Hammond – who stood in for Phil on Tuesday – from making a savage dig, as she joked it was a silver lining to him being off the show as she was there in his place.