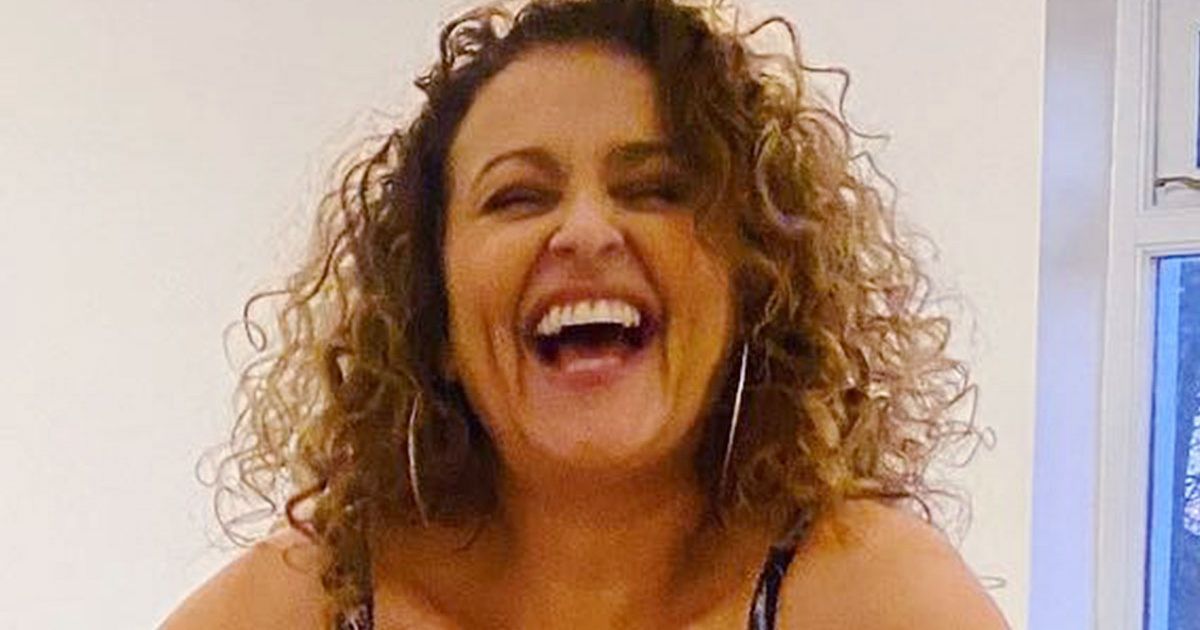 Nadia Sawalha opens up on humiliation suffered on drama set

Loose Women’s Nadia Sawalha has opened up about her realistic recreations of the Kardashian family’s social media posts to her Instagram, as she pushes for body acceptance after decades of fad dieting.

The 57-year-old most recently took to social media to poke fun at a snap Kim Kardashian posted from a recent tropical getaway.

The TV personality dressed up as Kim Kardashian in skimpy black briefs, standing on a log in her garden and telling fans in the caption: “Bottoms up!”

The Loose Women star said she is a “huge fan” of the Kardashian family, but decided to post a series of recreation posts to promote realistic body standards and received an overwhelmingly positive reaction from fans.

Nadia singled out one hilarious response on her take on Kim’s skimpy beach look, which read: “This is the most relatable arse I’ve ever seen”.

However, Nadia admitted that she had expected a level of “backlash” to her post as she always reads the comments under her snaps.

She said: “It’s total rubbish when people call me a body confident person. I’m not. I’ve just got acceptance that it’s been so nice to me this body and I feel so bad about the way I’ve been so horrible to it.

“Every time I do it, I spend ages before I can post it, asking ‘what do you think?’ I never ask my daughters whether I should, because the answers are always no.

“But I do it and then I read the comments and it feels good. It helps me stay on the straight and narrow of not getting back into that toxic thing of ‘what is this new diet?’”

Nadia admitted she has been in the grip of diet culture, with its “quick fix exercises” and “false promises”, for decades and guessed she has done at least 25 fad diets.

She noted that the average Brit tries 17 new diets that promote a weight loss quick fix in their lifetime, only to see them fail, according to research by David Lloyd Clubs.

Raising her two daughters Maddie and Kiki-Bee in a conversational “Loose Women household” forced Nadia to begin to confront her “toxic relationship” with her own body.

“I would say all of this toxic stuff around them, not realising that I was just perpetuating the whole mad situation,” she explained.

A major turning point for Nadia came in the 2017 Loose Women body confidence campaign Body Stories, when she and fellow panellists posed in a series of unedited pictures.

Nadia described being fearful and “wanting to die” at the prospect of having to wear a bikini for shoots over the years.

One fan commented: “This is the most relatable arse I’ve ever seen”.

Of the Body Stories shots, she said: “I really was so horrified about those pictures coming out. I was really nervous about it and then it was okay.

“It felt better because I’d spent my whole life hiding away and thought, we’ve been on a bus now what are you going to do?”

After New Year’s Day two years ago, Nadia decided for the first time as an adult not to embark on a restrictive quick fix January diet and described the decision as “liberating”.

She said: “I was on that vicious cycle of, I’ve eaten this, so I need to do three Jane Fonda video workouts – this was in the 80s – to burn those calories, to punish myself for what I ate.

She continued: “I would come off whatever new fad diet it was, feel worse, put more weight on because I would want to stuff all the things that I hadn’t allowed myself to have.

“I was never ever doing exercise because of the way it made me feel. It was about trying to undo what I had done.”

Nadia went on to discuss her decision to support David Lloyd Clubs’ Wellness Pledge, calling on the fitness industry to advertise responsibly and encourage healthy habits.

She concluded: “My promise is that moderation is a really sexy word because what you get out of it is you feel better. You’re not punishing yourself.

“So find an exercise that you love because if you don’t love it, you will not continue to do it.

“If you don’t finish your exercise and feel fantastic then you’re doing the wrong one, because when you exercise you get free legal drugs called endorphins and the only thing those can do is make you feel fantastic.”