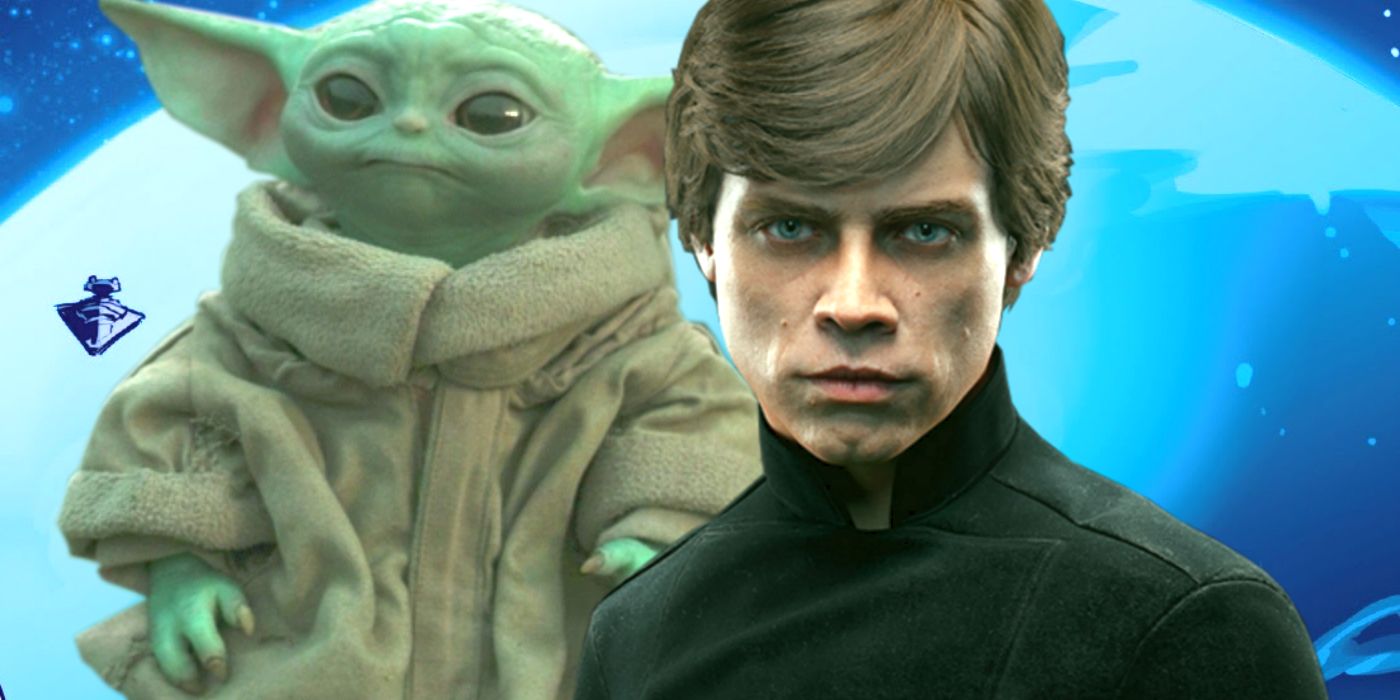 If Luke does indeed find Baby Yoda on Tython in The Mandalorian, then it would beg the question: what next? It’s a relatively simple one, but the answer could be very complicated. So far, Baby Yoda has only appeared in The Mandalorian, with no hints of him anywhere else in Star Wars canon. Luke does try to rebuild the Jedi Order and takes on several new students, but there is no mention of Grogu being among them. At the same time, though, “The Jedi” makes it clear that isn’t a block to him being revealed as one of Luke’s fallen students. There was obviously no mention of Baby Yoda during the prequel era, and yet The Mandalorian season 2, episode 5 reveals that he was there, training as a Jedi, presumably meeting many familiar characters, and somehow surviving Anakin Skywalker’s slaughter of the younglings during Order 66. If Baby Yoda can be retconned into that, then there’s no reason at present he can’t be one of Luke’s students either.

So while it’s definitely possible Luke could train Baby Yoda – although this is still a few years off the formation of his new Order, as far has been revealed at least – there’s a biggest question mark over whether or not it will happen. This is a Luke who still believes in the Jedi, and so if he came across a child who is Force-sensitive (to such a powerful extent) and of the same species as Yoda, could he possibly pass up such an opportunity? It’s hard to imagine Luke not wanting to train Baby Yoda, unless he senses something within him (i.e. the dark side) that suggests he shouldn’t, or if he received wisdom from, say, Yoda’s Force Ghost that it would be the wrong path.

The bigger issue may be Mando, or even Baby Yoda himself. The pair have formed a close attachment, and that increases in The Mandalorian season 2, episode 5 with the reveal of Baby Yoda’s real name, as he clearly appreciates being called Grogu, and they seem closer than ever before. Out of universe, meanwhile, then it’s their story that drives The Mandalorian, something Disney will want to keep going for a few more years yet, so they won’t want to hand the Child over to someone else. It feels more likely that, if they do meet Luke, then ultimately Mando and Baby Yoda will still choose to stick together and forge their own path, with Grogu leaning more into becoming a Mandalorian than a Jedi. Given what happens to Luke Skywalker’s other Jedi students, that’s probably for the best.