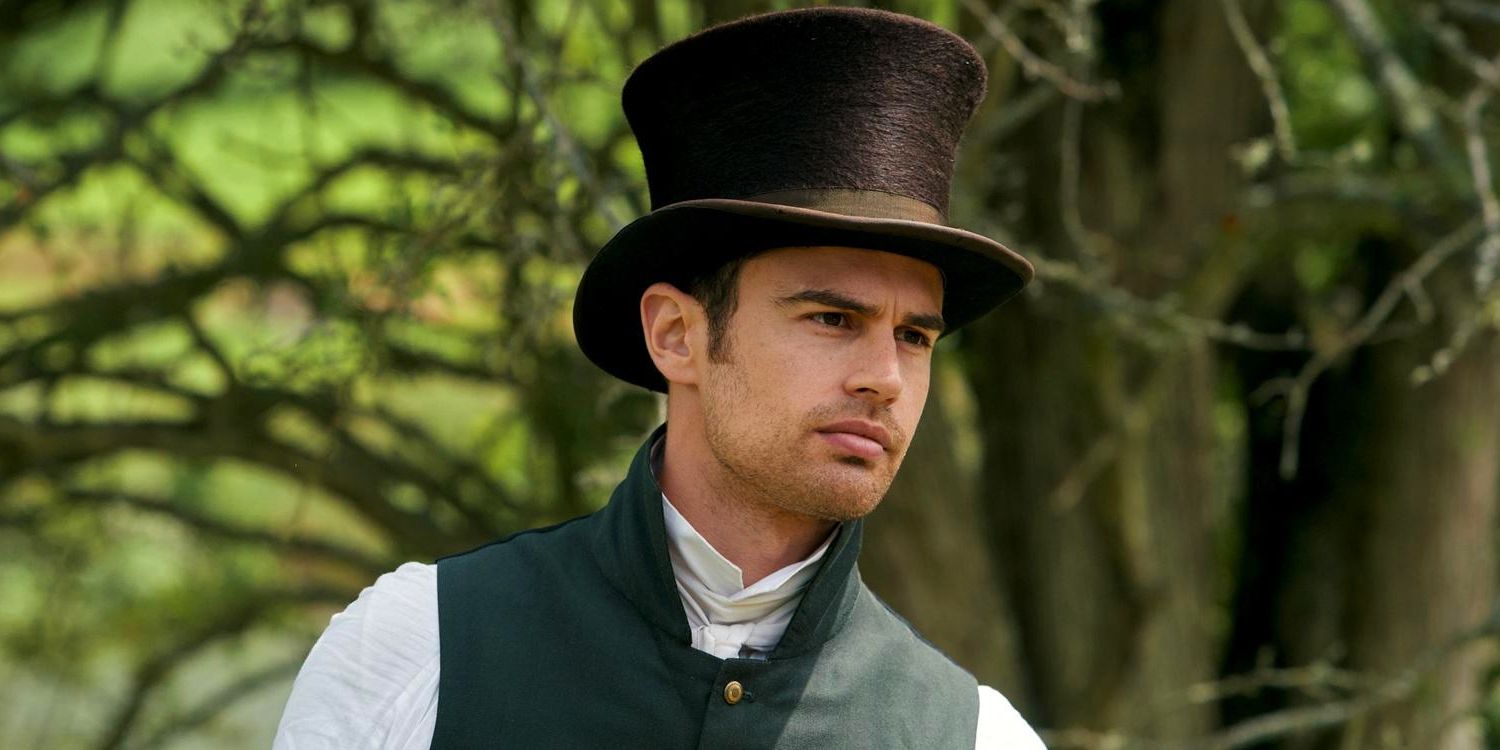 Theo James will not be returning to Sandition, as the show is renewed for two more seasons. In the PBS period drama, James played Sidney Parker, Charlotte Heywood’s (Rose Williams) love interest. Sidney’s wild and carefree personality often clashed with Charlotte’s proud and spirited ways, which made up for an exciting and binge-worthy love story.

Sandition is based on Jane Austen’s last and unfinished novel. Set during the Regency era, it follows the story of Charlotte as an accident leads her to a seaside resort called Sandition. Here, she encounters many adventures including a chance on romance. The eight-part series first aired in the U.K. in 2019 before making its way to the United States in January 2020. This week, PBS announced that it will be renewing Sandition for seasons 2 and 3 after receiving overwhelming requests from fans to continue the story.

While PBS’s surprise announcement was welcomed, it also came with the confirmation James will not be returning to the series. The 36-year-old British actor released a statement posted on the Masterpiece PBS’s Twitter account, stating that Sidney’s journey has sadly come to an end. “Although I relished playing Sidney, for me, I’ve always maintained that his journey concluded as I wanted it to,” James wrote. The Divergent star added that Sidney and Charlotte’s “broken fairy-tale” gives the story a unique and interesting twist. Read his full statement below:

It may be goodbye for James’ Sidney, but PBS confirmed that lead actress Rose Williams will be back to reprise her role as Charlotte. Meanwhile, the show’s producers have yet to reveal which among the cast members from season 1 will be back and who will be added. James’ departure is surely devastating for the show’s devoted fans, but the series promised that there will still be an “abundance of romance and adventure” in the upcoming seasons.

It’s difficult to imagine the future of Sandition without James. After all, Sidney and Charlotte’s budding romance is what hooked fans to the British series. In the season 1 finale, their chance to have a happy ever after was tragically cut short when Sidney chose to save his family’s fortunes by getting engaged to a wealthy heiress. Even so, many viewers hoped that the plot twist was merely a cliffhanger for the two lovers to reunite eventually against all odds.

James’ shocking departure can be compared to Regé-Jean Page’s exit from Bridgerton as the Duke of Hastings. Like Sandition, the Netflix period drama is also based on a series of romance novels by Julia Quinn. However, since Quinn’s books are already complete, fans have a better grasp on how the story would likely end for their favorite characters. Because Sandition is an unfinished manuscript, the showrunners have the liberty to draft an ending that would surprise, and hopefully satisfy, their audiences. Having its main leading man bid a painful goodbye opens up new possibilities for the show in its next chapter.