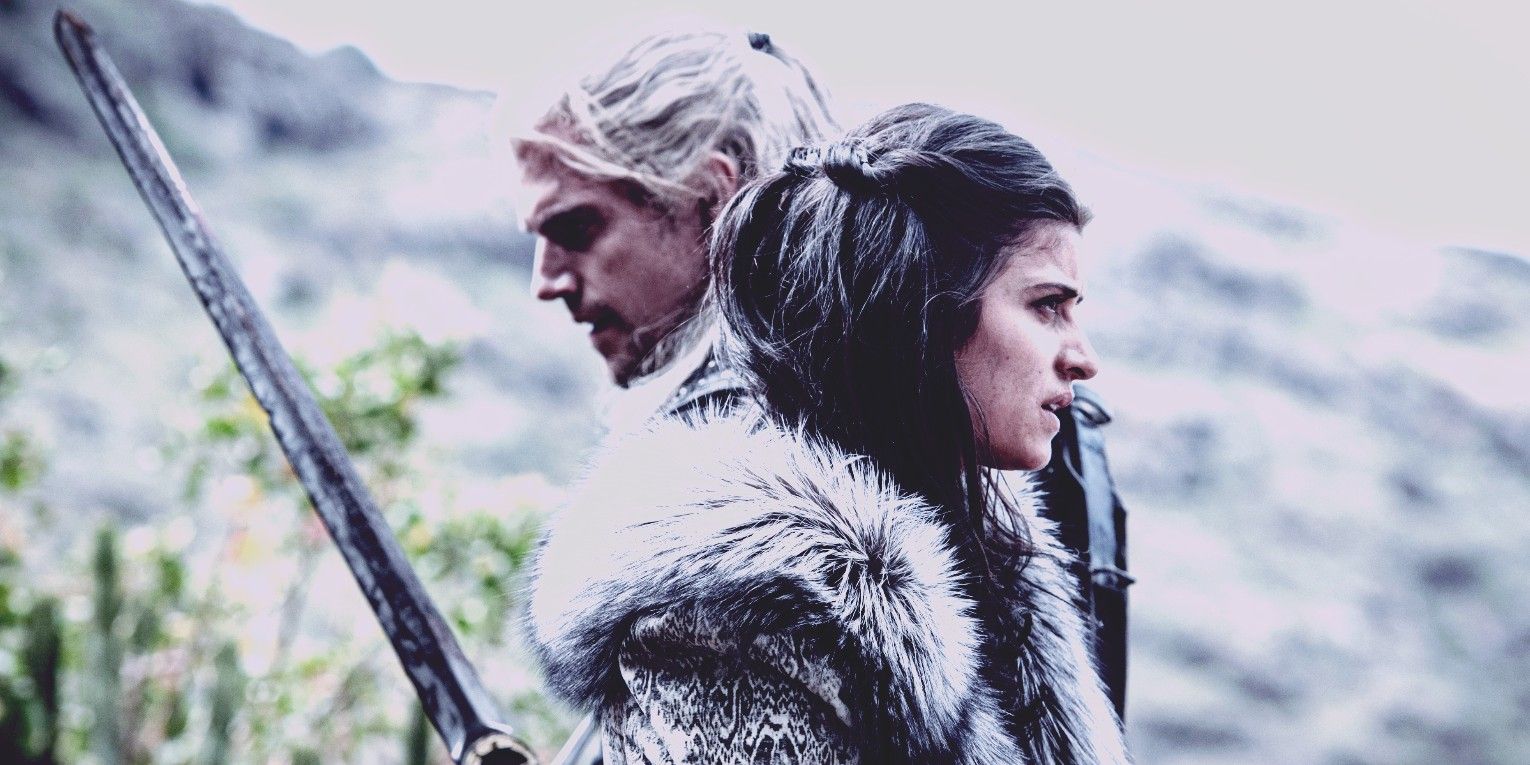 Geralt of Rivia (Henry Cavill) and Yennefer of Vengerberg (Anya Chalotra) were spotted filming a scene together on the set of The Witcher season 2. The hit Netflix series is based on a series of fantasy novels and short stories by Polish author Andrzej Sapkowski, which also spawned a highly successful video game franchise of the same name.

The Witcher season 1 debuted on Netflix in December 2019. The story follows Geralt, the titular witcher, as he travels the Continent fighting monsters. Witchers are genetically altered humans, raised and trained to be fighters. The transformation is difficult and often deadly, so there are only a few witchers left in the World. Season 1 takes place during three separate timelines; in Geralt’s timeline, over the course of 20 years, Geralt has a tumultuous relationship with the sorceress Yennefer, meets a bard named Jaskier (Joey Batey) who won’t leave him alone despite Geralt’s outward dislike of him, and becomes the guardian of Ciri (Freya Allan), the young princess of Cintra. Despite some confusion over the order of events in the series, The Witcher was generally well-received. Netflix clearly had confidence in the show, too, because it was renewed for season 2 before season 1 aired. Production on season 2 began in early 2020 but was halted due to the COVID-19 pandemic. Filming recently restarted but, earlier this week, production was shut down again due to several cast and crew members testing positive for COVID-19.

In new footage posted by Sara Talib on Instagram—which seems to be have been captured the day before The Witcher‘s most recent COVID-19 hiatus—Geralt and Yennefer are spotted riding together on their horses. Ciri isn’t in this particular video, though she was spotted filming with Yennefer on a different day.

When season 1 ended, Geralt and Yennefer had broken up, so bringing the two back together in season 2 is a major development. However, what we see in the video could be a red herring. Showrunner Lauren Schmidt Hissrich has promised a more linear storyline for season 2, but she’s also hinted that there will be flashbacks. So, while this video could indicate a reunion for Geralt and Yennefer, it could also be a flashback to a time before they broke up.

Season 1 of The Witcher adapted two short story collections, The Last Wish and Sword of Destiny, which take place before the main Witcher saga. The official season 2 synopsis states that Geralt will take Ciri to Kaer Morhen, the Witcher training castle, which happens in the first Witcher novel, Blood of Elves, so it seems likely that season 2 will be an adaptation of that book. The synopsis also reveals that Geralt believes Yennefer died during the final battle of season 1. Yennefer doesn’t reunite with Geralt until late in Blood of Elves and, given that Cavill’s Geralt thinks Yennefer is dead, this scene is likely either a flashback or one that takes place closer to the end of the season. The Witcher season 2 is set to premiere in 2021, so it’ll be a while before we have any concrete answers about what’s going on with Geralt and Yennefer.