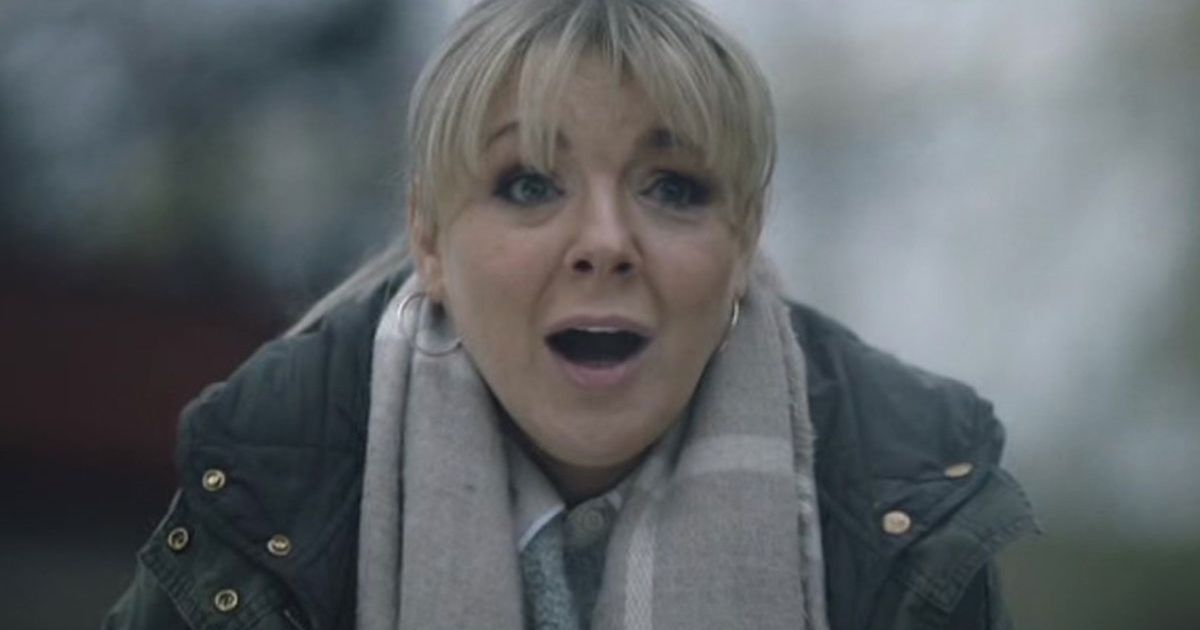 Channel 5’s The Teacher starring Sheridan Smith had viewers on the edge of their seats, but the final minutes of the series didn’t go down well with some

The Teacher: Brian steps out in front of a lorry

New Channel 5 series The Teacher divided fans as it reached a dramatic and unexpected conclusion on Thursday night, with a brutal death scene in the closing minutes of the finale.

Sheridan Smith’s character Jenna Garvey finally had confirmation she was being set up over an alleged fling with a pupil, and learned exactly who was behind it all.

The English teacher initially pleaded guilty after failing to remember what happened on the night in question, after her student Kyle, 15, claimed she’d slept with him in a club toilet.

Early suspects were her colleagues Jack and Nina, with Nina not exactly denying her dislike of the former Head of English – who she replaced following the allegations.

Jack was clearly hiding secrets of his own, which came out in the latest episode amid fans suspecting he was in a relationship of his own with Kyle.

But on Thursday, the finale finally confirmed who was really behind the allegations and her world crashing down around her.

Her friend Pauline’s partner Brian was revealed to be the culprit, as Jenna learned he was in fact a former colleague named Arnold Cleary.

He was sacked from a school they worked at in 2005 after Jenna reported him for inappropriate behaviour, with Arnold in a relationship with a pupil named Denise.

Arnold was sent to prison and lost his family as a result, while he also never saw Denise again.

While he tried to “regain his reputation”, he said he couldn’t get away from his past while denying he had groomed the student, claiming they were “in love”.

He blamed Jenna for everything because of her complaint, and this was why he was out to get Jenna – to ruin her life in revenge.

When Pauline introduced student Kyle to ‘Brian’ for tutoring, Arnold groomed him into taking action against Jenna, which is why he lied about them sleeping together.

There were some questions left unanswered it seemed by the end of the episode, the main one being whether Jenna cleared her name.

Other characters didn’t even feature in the final episode, and it wasn’t clear whether Kyle told the school what really went on.

But something that happened towards the end of the finale left viewers gobsmacked, just as Jenna and her tormentor came face to face.

Jenna said she was nothing like him, and how she was going to live her life again and not let her tarnished name affect her future.

It’s then that Arnold stepped out into the path of incoming traffic, killing him, leaving viewers in shock as Jenna was seen screaming.

Some fans did not see it coming, while the scene was followed by Jenna speaking with Kyle again some time later – but not about Arnold or what happened.

In fact the episode ended with no clue over whether Jenna cleared her name, whether she reported Arnold or whether she was returning to teaching.

Viewers slammed the ending on Twitter, with some feeling it ruined the series, calling it a “waste of four hours”.

One viewer wrote: “What a waste of four hours that I’ll never get back. I mean amazing acting of course, but she didn’t even clear her name.”

Another wrote: “It’s as though they sort of run out of ideas and had to rush the ending. Disappointing.”

A third said: “What an anti-climatic ending from #TheTeacher quite disappointing and forgettable,” as a fourth agreed: “Bit disappointed at that ending.”

Another viewer confessed: “What a disaster. The ending was bloody awful,” echoed by another viewer who said: “#TheTeacher what was that ending all about @channel5_tv feel like I’ve lost 4 nights of my life.”

Some did like the ending though, with one fan tweeting: “I must be easily pleased… loved the ending… actually thought he’d might get squished when the first lorry went passed… then it happened.”

A second viewer wrote: “Easily the best drama of the year so far, thank you,” while a third tweeted: “This was such a good watch!”

The Teacher is available to watch now on My5.