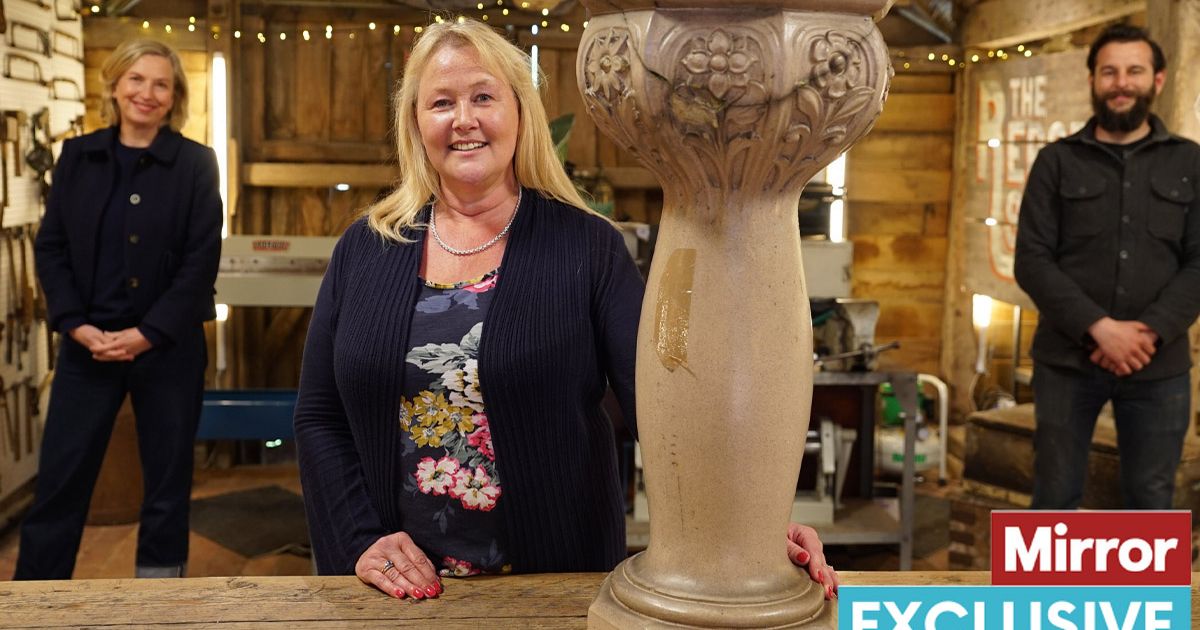 An ornate stone bird bath treasured by a family for more than 60 years has been saved from ruin by TV’s The Repair Shop.

Moving into their first marital home in 1958, Eric and Pat Marston were delighted to find the bird bath in the garden.

The couple’s daughter Jayne, 58, said: “To some people it might look like a lump of stone, but to me it’s my family.

“It moved house with them four times. My mum loved the birds. She had fantail doves in the garden that were so tame they’d feed right from her and dance around the bath.”

A woman on The Repair shop was overcome with emotion
(

Pat, who had worked as a primary school teacher, died in June 2018 aged 83 and 18 months later retired butcher Eric, passed away too, at 84.

“It was an incredibly difficult time,” said Jayne, who lives in Tadcaster, North Yorkshire, with partner John Fowler, 52.

The treasured heirloom went to Jayne. But wear and tear, cracks and water damage had taken their toll and the mum of two became increasingly nervous about its future.

Their family bird bath was brought to life again
(

As she noticed a large crack appearing and how some of the stone work had started to chip away, Jayne decided to contact the team on BBC1’s The Repair Shop for help.

And show expert Kirsten Ramsay has managed to safeguard its future for generations.

Jayne said: “I was starting to get a little bit panicked that it would break in half. If that happened it would have been really upsetting.

The treasured heirloom went to Jayne
(

“For the four weeks it was away it felt very strange. I was very nervous because it had never been out of the family for all those years.

“I was amazed at the repair and I had to get pictures out because I couldn’t tell where the cracks had been.

“It’s hard to explain just what it meant to me, but when I put my hands on the bird bath that day I got this overwhelming feeling, as though my dad was standing strong again and that my mum’s pain was gone.”

*The Repair Shop is on BBC1 tomorrow night at 8pm.