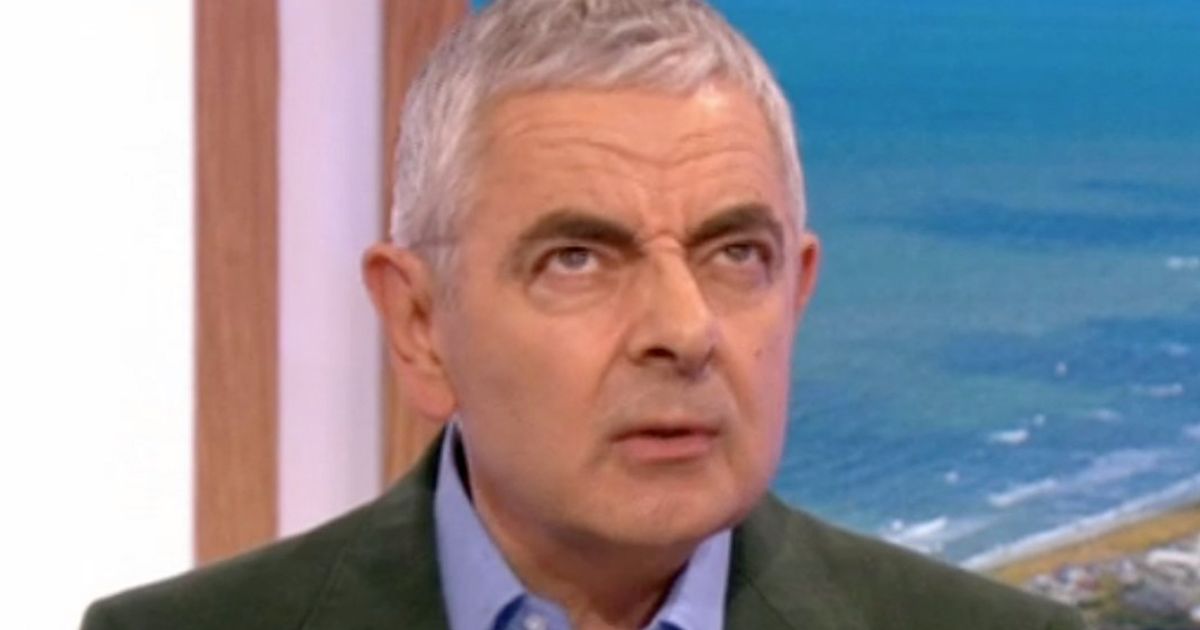 Rowan Atkinson on how his Netflix series compares to Mr Bean

Viewers have slammed The One Show for its “uncomfortable” exchange with Blackadder star Rowan Atkinson.

The Mr Bean actor, 67, was on the BBC programme to promote his new Netflix gig Man vs Bee, but fans hit out on Twitter claiming he wasn’t given any time to speak.

The much-loved performer was on the show alongside Top Gear host Chris Harris, but fans of the programme slammed presenters Jermaine Jenas and Angela Scanlon over the interview, calling it “awkward”.

One tweeted: “I don’t think I’ve ever seen a more uncomfortable guest than Rowan Atkinson. The introvert is coming out, clearly not an experience he’s enjoying. #TheOneShow.”

Another fumed: “Wasted! You had the incredible, talented Rowan Atkinson in the studio and you hardly spoke to him and when you did, you quickly cut him dead! C**P presenting.”

Rowan’s interview was criticised by One Show fans
(

A third said: “@JohnKeeno wrote: “You have Rowan Atkinson. TALK TO HIM!!””

While a fourth mused:”#TheOneShow pointless getting Rowan Atkinson if you ask him a question then keep butting in to try and shut him up!” @kjgodwin wrote: “Please please get some more professional presenters … this is so awkward #theoneshow.”

However another viewer was more impressed with the exchange, tweeting: “Rowan Atkinson is so fascinating”.

Man Vs Bee has described by the streaming giant as a “riotous comedy” and stars the father-of-two as hapless father Trevor Bingley.

Viewers slammed the presenters for not letting the star speak
(

The nine-part series is formed of 10-minute episodes, making it perfect for “binge-watching”, Rowan reckoned.

“It’s largely visual because it’s just Trevor in a house with a bee – and the bee doesn’t talk,” he explained.

“I liked playing him because he’s genuinely sweet, a genuinely good-natured man.”

“”He’s got his problems and his issues. He’s not a perfect individual and the real problem he has is his obsessiveness.”

Rowan is loved by fans around the world for his brilliant portrayal of bumbling Brit Mr Bean.

The smash-hit show was a global success making the actor an overnight star.

Comparing the character to his new role of Trevor, he said: “Trevor Bingley is a much nicer man than Mr Bean, who’s really quite a nasty piece of work. A self-centred, self-regarding, natural-born anarchist.”

The One Show airs weekdays at 7pm