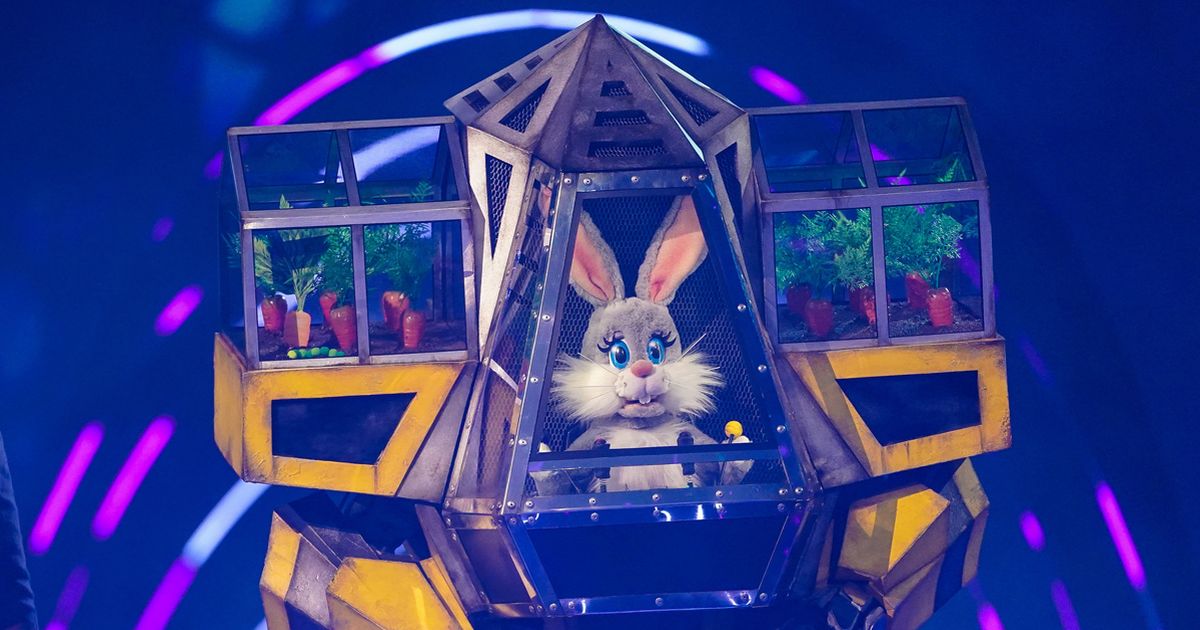 The Masked Singer’s Robobunny wowed with their incredible performance tonight – but now, fans of the ITV show are convinced they know exactly who is behind the mask after a huge clue on a QR code

The Masked Singer: Robobunny performs Phantom of the Opera

The Masked Singer fans are convinced they know who Robobunny is – after a huge QR code clue.

There is an added element to those tuning into the latest series of the ITV show, where fans can scan QR codes located on the celebrity’s costumes or sets in order to find an extra clue.

It was the turn of Robobunny to have one of these today and after scanning it, fans are convinced they know who is behind the mask.

Robobunny has impressed so far this series with their incredible singing voice, but after scanning the QR code, viewers believe they have cracked the identity of the celebrity behind the mask.

Robobunny has been rumbled by Masked Singer fans
(

When the QR code is scanned, it reads: “My royal barcode is 200019992003” and whilst it stumped some of the show’s viewers, others said it reaffirmed their thought about who might be behind the mask.

“So after spending ages trying to scan the bar code on the back of robobunny and getting a royal barcode , tracking it to the royal variety show 1993, 2000 & 2003 I’m confident it’s #markfeehily,” one wrote.

A second added: “Scanned QR code on Robobunny.. Westlife did royal variety performance in 1999,2000,2003 Anyone not saying Mark Feehily is nuts, it’s so obviously his voice! #MaskedSingerUK.”

“Westlife performed at royal variety in them years, it’s mark from westlife,” a third penned online.

Robobunny’s costume has impressed people at home the most this year – but so has their huge vocal range and impressive voice. Singing Whitney Houston’s Saving All My Love For You, the celeb thrilled the judges with their vocal talents.

Westlife’s Mark Feehily has been the favourite to be unmasked as the celeb behind the intricate costume whilst former X Factor star turned presenter Rylan Clark is also one of the popular choices. Some even believe it’s Olly Alexander from Years & Years – who acted as a guest judge on tonight’s episode of the ITV guessing game, making it quite unlikely but not impossible as after all, no one would ever be expecting that to be the case.

Robobunny has been wowing with their performances

“You thought it was a real tough guy aye? That’s just my shell. I’m actually a real softie, who’s part of a machine,” they said in their clue package during the first week on the show, “Now I’m not going to ‘rabbit’ on about hard exteriors, but I will say, that I’m here to ‘Control-Alt-Delete’ what you know about me. So buckle up, because I came to play. Let’s hop to it.”

Another clue was “I might be made of metal but that doesn’t stop me making a splash,” leading some viewers at home convinced they may be a swimming star with a secret super singing voice or had appeared on TV show Splash.