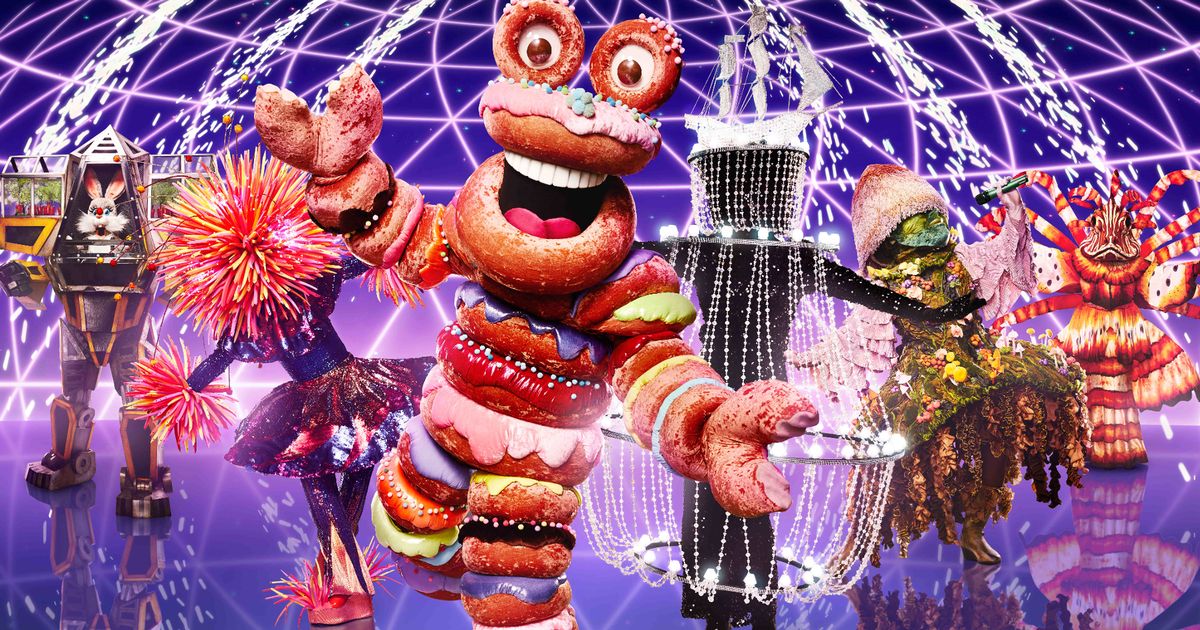 The Masked Singer fans have been promised some big surprises this series.

The ultimate guessing game has ITV viewers baffled from the off, with many taking to Twitter to share their theories on who is behind the mask.

But will we rumble any identities before it’s too late?

All the theories so far:

Mushroom gave viewers and the judges a series of clues, teasing their identity while also throwing detectives off the scent.

Speaking with a Northern accent, but appearing to sing with an Irish tone, everyone was confused – but some Doctor Who fans believed they noticed a number of references to the series.

Clues included legal references, “helping to control life” and bringing in new life, while there was also mention of “wanting to be a number of things”.

Perhaps it is a person of many talents, while viewers believed the current Doctor Jodie Whittaker was behind the mask.

Fans took to Twitter, thinking they had sussed it out thanks to the person’s accent, as well as what they revealed.

Others thought it might be actress and comedian Aisling Bea, as some questioned if it was a Call The Midwife star.

Loose Women star Jane McDonald has been a popular name thrown into the ring, with many references to the north.

Robobunny’s costume was hailed as one of the best we’ve ever seen on the show – but who is inside it?

Many were convinced the secret celebrity is from Top Gear – with Paddy McGuinness, Richard Hammond and Jeremy Clarkson being mentioned.

Robobunny left a clue, telling viewers: “I might be made of metal but that doesn’t stop me making a splash.”

Some fans of the ITV guessing game are convinced it might even be two people in the costume due to the celeb’s incredible singing range, whilst others are sure the voice belongs to Westlife’s Mark Feehily.

As Rockhopper took to the stage, there appeared to be some clues that fans were left to figure out – while the character also dropped some big hints in their VT.

Clues included the circus, the ability to jump, making headlines as ‘being the first’ and they also had an American accent.

Davina pointed out Pussycat Dolls star Kimberly Wyatt appeared on a TV series called The Jump, while her group started out as a burlesque troupe.

Fans are also convinced Destiny’s Child star Michelle Williams is behind the mask.

Traffic Cone took to the stage and was surrounded by construction men, as they showed off their moves.

After dropping several sports-related clues, the judges were convinced it could be Chris Kamara or Alistair Brownlee, thanks to the Olympic gold triathlon champion reference from Mo.

Meanwhile, viewers are certain it’s Tom Jones behind the mask, as others guessed Alexander Armstrong, Bradley Walsh and Rob Brydon.

Panda certainly confused fans with the clues, or lack of, but other viewers thought they might already know who it was beneath the costume.

According to several ITV viewers, BGT judge Alesha Dixon is behind the mask.

Clues also included being shy, being solo while also possibly being part of a group, and nods to pandas.

Fans were quick to point out Alesha is a judge on a talent show, has voiced characters in digital animations and she also has a panda print clothing range with Asda.

Another name in the rumour mill is singer and Neighbours actress Natalie Imbruglia.

Doughnuts has been impressing viewers at home with their entertainment value – but they were finally unmasked tonight as none other than footballing legend Michael Owen.

Speaking after his exit, Michael admitted he was “petrified” about singing on the show.

Michael Owen was unveiled as Doughnuts

“Yes – I have to admit I was petrified. A lot of people on the show are professional singers or have had some training but singing as you can tell is probably the least of my strengths,” he said.

“I can’t recall ever having nerves like I had on the first show – my whole body went numb when I went out and saw the crowd for the first time. I knew I was useless and it took an awful lot of courage but it also really helped having the costume on – I’m not sure I could have done it without that.”

Firework had people puzzled as they tried to guess who it was – and during this weekend’s double elimination, actress Jaime Winstone was the first celeb to have their identity revealed.

Jaime was unmasked as Firework
(

Her pal Rita Ora was left fuming when it was revealed to be Jaime as the two are very close – and she convinced herself it wasn’t going to be one of her closest friends behind the mask.
“I found them hilarious. Rita actually guessed me once but convinced herself that I would never do this show,” she said.
“I really wanted to have some fun with what I do for a living and I’m so happy I did, it has unlocked my inner pop star, the young Jaime in me was smiling cheek to cheek.”

The character became the latest to be unmasked on the hit series, after receiving the fewest audience votes.

After several names including Mika, Gary Barlow, John Barrowman and others, it was finally revealed that it was none of the above.

Explaining his clues, he said Christmas themes were linked to Keane’s track Somewhere Only We Know featuring on a John Lewis Christmas advert.

On why he did the show, Tom said: “I’ve got to a point in my life where I don’t take myself too seriously anymore. I think that’s pretty important if you’re going to dress up as a seven foot multicoloured poodle.

“I’ve also become much more interested in embracing different challenges – being in a band is like living on a little island, so it’s good to try things that are out of your comfort zone!”

Bagpipes was the fourth contestant to be unmasked – and it was none other than former tennis player Pat Cash.

Davina McCall had correctly guessed that it was the 56-year-old Australian star after his rendition of Wheatus’ Teenage Dirtbag.

Commenting on why he decided to take part, Pat said: “I’ve always been a frustrated rock star and fancied doing the Masked Singer from the first day I saw it. I just thought it would be so much fun to rock out, although I prefer to hide behind a guitar instead of a sweaty mask.

“It was a great experience overall. As luck would have it, my schedule cleared. I’m a big believer in letting your higher power take over and I suppose it meant I was able to take part in the show,” he added.

Lionfish was the third celeb to be unmasked – and it was revealed to be none other than Pop Idol winner Will Young.

There were many references to Will’s pop career and some of the fans – and even the judges – had managed to guess correctly that it was the pop star behind the mask.

Speaking about his time on the show, he said: “I thought the challenge of disguising my voice would be fantastic and also I loved the idea of playing a character! I was nervous when I had to take the mask off! It was very interesting to experience.”

Will Young was unmasked as Lionfish on The Masked Singer

Jonathan had actually correctly guessed it was Gloria Hunniford under the mask, with fans also convinced it was the Loose Women star.

After a very telling James Bond clue, fans were sure it might be her, while other clues included: “Just like cats, I’m not a fan of water.”

This turned out to be a reference to her not being able to swim, as she explained her other hints.

Chandelier bowed out in the first show and was revealed as singing sensation Heather Small, who admitted she’d disguised her “distinctive” voice in a bid to fool everyone.

None of the judges guessed correctly that it was Heather inside the costume.

Speaking about doing the show, Heather said: “I’d seen Gabrielle and Joss Stone saying how much fun it was and in these most challenging of times a little bit fun is good for everyone.”

Who do you think is behind each of the characters? Let us know in the comments below.